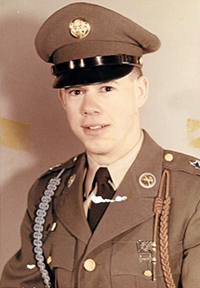 After graduating, he enlisted in the U.S. Army and served two years in Germany. He married the love of his life, Barbara, where they made their home in Drexel Hill, Pa. He attended and graduated from Widener University, Chester, Pa., and was employed by G.E. in South Philadelphia as Finance Manager. In 1990, he was transferred to Lakeland to oversee portions of what is now known as Lockheed Martin Enterprise Financial Services. He retired at age 58 and returned to the Philadelphia area to care for ailing parents. His passion for golf led him back to Florida in 2006 where he resided in Sun City Center and volunteered for the Security Patrol for three years, and the Nearly New thrift store raising funds by selling furniture. He will be dearly missed by family and friends.

In lieu of flowers, memorial contributions can be made to the American Heart Association.

It is with great sadness that we report the passing of our dear friend and colleague Penny Trite on February 3, 2018.  Penny was a longtime employee at the dental office of Dr. Blake Thompson and Dr. Joseph F. Diaz in Sun City Center. A memorial service will be scheduled at a later date.