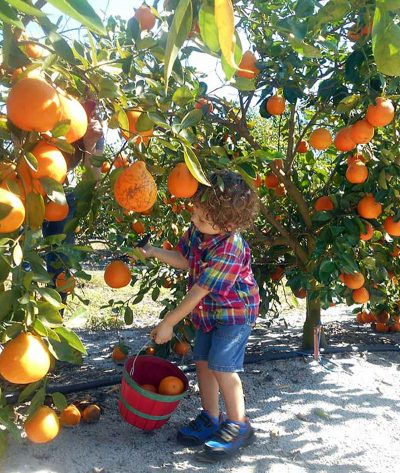 Diane and Mike Houghtaling, owners of Dooley Groves and the Dooley Groves Country Farm Market in Ruskin, are having one of their most productive seasons ever. It’s a fitting tribute to the grove and market, which are celebrating their 50th anniversary this year.

Seven generations of Houghtalings have lived on the property that once surrounded the current grove, Diane said. It’s been in the family since the late 1800s.

Then, five decades ago, a U-pick grove was started by Mike’s grandparents, Julius and Edith, who operated the market out of the carport of their home. At that time, the grove was across the street.

After Julius became ill in the mid ’70s, Mike’s dad Dooley and his wife Lillie took over the grove with the help of Mike and Diane. As it does today, the company packed and shipped fresh citrus all over the country, made its own juice and U-pick harvested.

Mike and Diane began learning all aspects of the business and started expanding the operation. By 1990, they had become president and vice president and became full owners three years ago.

“At one point, we had 300 acres and six market stores in Clearwater, St. Pete Beach, Sun City Center, Brandon, Carrollwood and the original grove store in Ruskin,” Diane said. “Over the years, aunts, uncles, sisters, brothers and children have worked the farm at different times.”

Back from almost dead

Citrus canker came to the area after the devastating 2004 hurricane season, and in May 2005 the entire grove was condemned, its trees pulled up and burned by the state. Other citrus farmers came to the Houghtalings to help keep the business going until they were able to replant in October 2010.

“We couldn’t afford to replant all the trees we lost, so we replanted the honeybell grove with 6,500 trees and an additional 2,000 trees of about a dozen other varieties no one else had, like pomelos, Ponderosa lemons, grapefruit, seedless Tango tangerines and sugar belles,” Diane said. 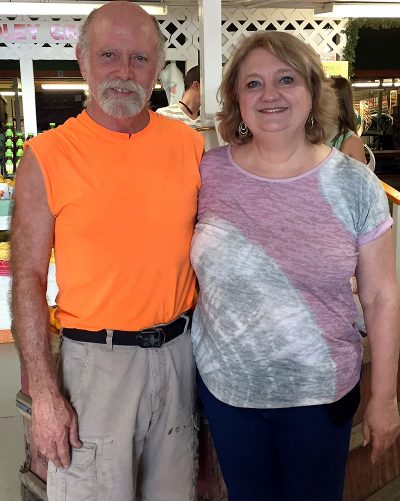 LOIS KINDLE PHOTO
Mike and Diane Houghtaling, owners of Dooley Groves, are celebrating their family’s 50th year in business this year. The Ruskin grove and market were started by Mike’s grandfather Julius and his wife, Edith.

“Most groves grow varieties like Hamlins and Valencias, which are sold to juice processors,” Mike added. “We grow fresh specialty fruit that you can’t find in the grocery stores.”

Last September, when a Category 4 or 5 Hurricane Irma was projected to bear down on the Tampa Bay area, the couple thought they would lose everything again.

“We walked, teary-eyed, into the grove the night before the hurricane was supposed to hit, said goodbye and thanked our trees,” Diane said. “Thankfully, it (the hurricane) turned.”

Dooley Groves’ several U-pick seasons run from November through April. U-Pick is open seven days a week during those months from 10 a.m. to 4 p.m., rain or shine.