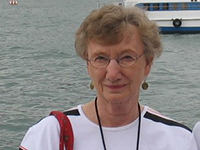 Shirley taught vocal music in the Rochester, N.Y. City Schools and was a church organist in Rochester and Sun City Center, Fla.

Special thanks to the staff members of The Pines at the Ewing Continuing Care Center for their kind and compassionate care.

In her memory, please consider a donation to a charity meaningful to you. 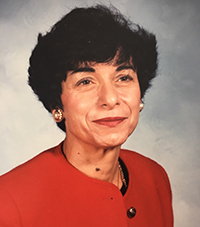 Betty L. Schermesser, 74, of Sun City Center, Florida, passed from this life on Friday, February 2, 2018, after the sudden discovery and three-week battle with cancer.

Betty was so loved by her neighborhood friends and all those she encountered that her smile and up-beat look will be forever remembered and missed. Betty was active in her community and loved to tap dance among other activities with her many friends. We love you Betty.

Betty and her husband relocated to Sun City Center from Alliance, Ohio, in 1999, where she had retired from a career in the Public School System.

Betty was born on February 24, 1943 in Alliance, Ohio to the late Joseph and Helen Palmenter.

She is also preceded in death by her husband, Jim Schermesser; sister, Ann Clayton of Titusville, Florida and her brother, Joseph Palmenter Jr. of Alliance, Ohio.

Betty had recently lost her husband Jim in December after being by his side for many years as he endured a severe illness. Betty will join her husband Jim, at rest in GreenLawn Cemetery, in Akron, Ohio.

Betty is survived by her nephew Dana Geiger and his wife Karen who were able to be by her side, in her home, during her final moments, and niece Lynn Owens of Annapolis, Maryland, and niece Billi-Jo Maruna of Titusville. God Bless You Betty!

In lieu of a service or flowers, make a donation in Betty’s honor to The American Cancer Society. And Betty would want to say, “Boy oh boy, you just never know, so get out there and live it ”

Helen L. Meyer, 95, formerly of Sun City Center, Fla., passed away February 10, 2018, in Peoria, Ariz. She was born in Louisville, Ky. She was preceded in death by her husband Raymond L. Meyer. She is survived by three nephews, Larry (Brenda) DeKemper, David (Cathie) Brown and Doug Brown all of Louisville, Ky.; a niece Sharon (Doug) Lewis of Peoria, Ariz. and five great-nieces, two great-great-nieces and five great-great-nephews. 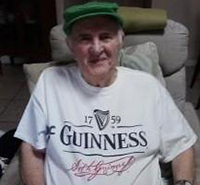 Robert McGuinness, of Sun City Center, Fla. passed away February 9, 2018. He will be missed by all who knew him.

His wife, Naomi and daughter, Melissa welcome you to a Funeral Mass at 11 a.m. on Monday, February 20, 2018, at Prince of Peace Catholic Church, 702 Valley Forge Blvd., Sun City Center, Fla. Burial with military honors at the Sarasota National Cemetery. 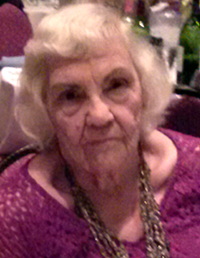 Donna L. Braden, beloved wife of Thomas T. Braden of 69 years., passed away peacefully at Sun City Center Hospice on February 8, 2018. She was born the seventh of 11 children on August 9, 1930, in Butler, Pa. Donna was the mother of three sons: Gary (wife Sharon), Terry (wife Kathleen) and Perry. She was  grandmother to Corey Braden, Wade Braden, Tara (Braden) Kis and also blessed with five great-grandchildren.

Donna and husband Tom, were owners of Roxy’s Diner in Prospect, Pa. for many years. She and Tom were also school bus contractors in Butler County for 20 years before relocating to Florida.

Donna was a member of the Ruskin United Methodist Church and worked in the church thrift shop. She was very active in the Sun City/South Shore Kiwanis including involvement in and promotion of their “Terrific Kids” school program, which she was proud to serve. Included in her numerous awards, Donna was the recipient of  the Samaritan Quarter Year Award for volunteer work transporting Sun City Center residents, and the Zeller Award for the funding of inoculations for women in Third World countries.

Anne Shirley Baker passed away on February 4, in Sun City Center, Florida, at 82 years of age. She was preceded in death by her husband, Robert (Bob) Baker, and daughter, Kimberley Wallaker (Steve). She is survived by her daughter Shere Holleman, son Darren Baker (Christine), four grandchildren and six great-grandchildren. She and Bob moved to Sun City Center over 20 years ago from Sterling, Michigan. Retirement in Florida was their lifelong dream.

Shirley was born outside of London, England, and experienced the German bombing of London as a child during World War II. She met Bob there when he was stationed in the U.S. Air Force. They married and moved to Michigan to be near his family. Their three children were born in Bay City, Michigan.

She was loved by many.

Nancy L. Jangraw, 64, of Ruskin, Florida, passed away at St. Joseph’s Hospital in Riverview, Florida. It is with great sadness that the family of Nancy L. Jangraw announces her passing suddenly on Wednesday, February 7, 2018, at the age of 64 years. Nancy will be lovingly remembered by her daughter Amy Donato; her grandchildren, Michael, Emma, and Matthew; her siblings, Carolyn Jones (Paul), Scott Jangraw (Karen), and Gary Jangraw (Kathy). Nancy will also be forever remembered by her numerous nieces, nephews, extended family, and dear friends. Nancy was predeceased by her parents Stanley and Charlotte Jangraw.

Born on July 14, 1953, in Lowell, Mass., Nancy attended Lowell High School and then studied nursing at Middlesex Community College. She was a dedicated nurse for over 25 years and spent her career caring for her patients at LifePath Hospice, Home Health, and multiple hospitals. After retiring, she enjoyed being a member of, and volunteering at, local veteran’s organizations including the VFW Post 6287 and the Moose Lodge 813 Chapter 1718. Nancy devoted her time to her family and in service of those she loved and her local community. She had a compassionate heart and made a lasting mark on everyone she encountered. 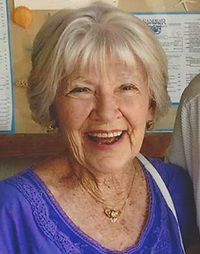 Kay was raised in Texas and proudly lived there most of her life.

She graduated from the University of Washington where she enjoyed fellowship with her sorority sisters of Alpha Phi. Following college, she met her husband, Robert “Bob” Tscherfinger, while working in New York City.  They returned to Texas, married, and raised their family while Kay was active in her church and community. They retired to Sarasota, Florida many years ago to enjoy golf and tennis. Married for 54 years, she was preceded in death by her husband in 2007. Kay moved to Sun City Center to be near her daughter and grandson.

Kay was a life force! She brightened any room she entered and never met a stranger. Her enthusiasm was sincere and her love unconditional. She was a vibrant, happy person with a love for life and adventure. The world is a better place because of her, and she will be dearly missed by all that knew and loved her.

In lieu of flowers, donations may be made in Kay’s name, to Lifepath Hospice Sun City Center or St. Andrew Presbyterian Church, Sun City Center. Arrangements by Zipperer’s Funeral Home.

Lenora was an active member of the United Methodist Church of Sun City Center. Memorial services will be announced at a later date. Arrangements entrusted to National Cremation & Burial Society, Ruskin.