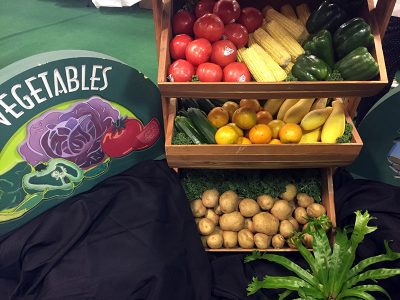 Hundreds lined up in the Florida State Fair’s agricultural tent last week to eat foods “Fresh from Florida,” hear from the governor and the state’s agricultural commissioner and do a little networking.

Dozens from the Greater Riverview Chamber of Commerce were among those in attendance.

Some of the stars of the show at the annual breakfast included the deep-fried strawberry shortcake, omelets filled with Florida-grown onions and peppers, bruschetta made with locally grown tomatoes and cupcakes crowned with dollops of orange and Florida-honey icing and Key lime- and local-honey icing.

“This is a community that always embraces and supports agriculture and youth,” said state Agricultural Commissioner Adam Putnam, who is running for governor. He saluted the dozens of 4-H and FFA youth there to help support the event.

“These young people are not the leaders of tomorrow, but are already leaders,” Putnam said, as people shuffled through the massive tent tasting fresh orange juice, jellies and jams and sausage sandwiches topped with honey-orange butter.

“Some will consider agriculture for a career, and others are learning life lessons that will serve them well, regardless,” Putnam said.

Agriculture is a $7.7 billion industry in the state, according to the U.S. Department of Agriculture, and Hillsborough County remains a major producer, between nursery plants, strawberries — Plant City is the Winter Strawberry Capital of the World — melons, squash, peppers, potatoes, onions, blueberries, tomatoes, cucumbers and more. 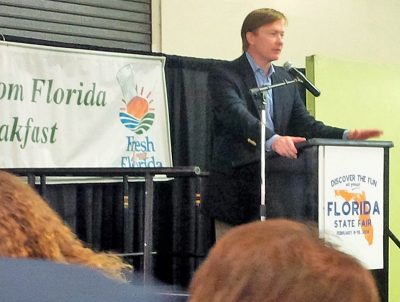 PHOTO COURTESY OF THE GREATER RIVERVIEW CHAMBER OF COMMERCE
State Agricultural Commissioner Adam Putnam told folks attending the Fresh from Florida breakfast at the Florida State Fair that farmers and ranchers are resilient and with the help from federal disaster relief, will bounce back from a bad weather year.

“In 2015, Florida had 47,300 commercial farms and ranches, using a total of 9.45 million acres; Florida ranked second in the U.S. for value of vegetable production; first in production value for oranges, fresh market tomatoes, watermelons, grapefruit, sugar cane, snap beans and cucumbers; second in the production of greenhouse and nursery products, bell peppers, strawberries, sweet corn, spring potatoes, peanuts, tangerines and avocados; and 10th in beef cows,” according to the Florida Department of Agriculture and Consumer Services. It accounted for 56 percent of total U.S. citrus production.

In 2014, Florida ranked seventh among U.S. states with agricultural exports topping $4 billion, according to the U.S. Census Bureau. 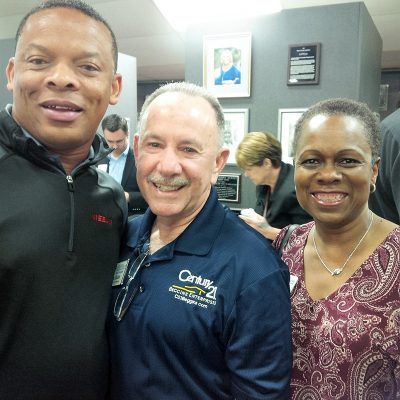 Governor Rick Scott has been working with federal lawmakers in Washington D.C. to get relief money for those hit hard by these natural events, especially Hurricane Irma. He is supporting a hurricane relief bill that would help the 2 million people in Florida whose jobs are tied to agriculture.

“We’re close to getting the disaster bill funded,” Scott told the crowd. “Agriculture is a big part of this economy. We have been devastated.”

“I know that I spoke with at least 40 of our members, and I have no doubt there were another 30 to 40 in the room that I missed.  It was quite full,” she said.

“This event offers them an opportunity they may not have any other time of the year.

“As far as what the event does for the Greater Riverview Chamber of Commerce, it gives us an opportunity to mingle and meet other people from around the county.  Many of our members were able to make connections with new people that may in turn help them to perform their jobs better,” she said. “It also provides us an opportunity to learn about the services, struggles and advancements of local agencies that make up the Florida agriculture/horticulture industry.”