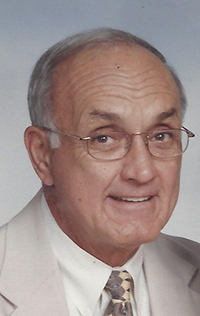 James A. Dunchuck, of Kings Point, passed away peacefully at Lifepath Hospice on January 29, 2018 at age 81,. He is survived by wife Bonnie and children, James, Akron, Ohio; Andrew (Christine); and grandsons Gavin and Grayson, Green, Ohio.

Final arrangements are being handled by Zipperer’s Funeral Home.

Sandra “Sandy” Candullo Simmons, passed away suddenly on January 26, 2018, at the age of 76. Sandy was a generous, respected and loving wife, mother, grandmother and friend. She was the center of her family and ensured that everyone gathered together on a regular basis. She was born in Brooklyn, New York in 1941 to first generation Italian American parents Jean Chiodine and Carl Candullo Sr.

Sandy graduated with honors and received a full scholarship to college. Always a pragmatist, she began her career in banking administration and has been a business and professional leader in her chosen careers. Most recently Sandy served as President of the Mabel & Ellsworth Simmons Charitable Foundation, where she helped contribute to the lives of so many individuals, children and families in Hillsborough County. She was Vice President of both G&S Cattle Co. and MSGS, Inc., Manager for Simmons Farms & Ranch, and was on the Advisory Board of the Spurlino Family YMCA. Sandy loved to read, and immerse herself in creative crafts, puzzles and games. She loved complex projects like quilted and knitted blankets for her many grandchildren and great-grandchildren. She enjoyed cooking, baking, photography and cross-country travel, which she did six times.

Donations may be made to the Mabel & Ellsworth Simmons Charitable Foundation. Please visit: www.SouthernFuneralCare.com 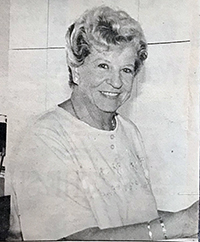 Jean Carney Mitchell, 86, born on July 30, 1931, passed away on January 23, 2018. Jean was a former school nurse in Lawrenceville, N.J. for 23 years, 1968-1999. Born in Littleton, W.Va. she has been a long time resident of Pennington and Long Beach Island, N,J. Sun City Center has been her residence since 2001. A graduate of Helene Fuld School of Nursing and a graduate of Glassboro State College. The daughter of the late Eldon and Edna Carney.

She is also survived by two half-brothers, Danny and Douglas Carney, and a half-sister, Debra Basset all of California.

Jean is predeceased by her sister Marie Holder of California, a half-sister Karen Carney and her brother John Steven Carney. 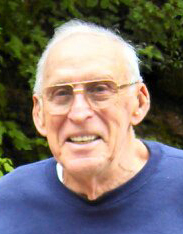 Chuck was born and raised in Erie, Pa., served in the U.S. Army and graduated from Gannon College with an engineering degree while raising his family. After graduating from college, Chuck worked for General Electric for 34 years and lived in Pennsylvania, Maryland, Virginia and later retired to Sun City Center. Charles and Dee have resided in Sun City Center for 30 years and have enjoyed golfing, dancing, fly fishing and playing cards with multiple friends. A private graveside service was held February 3, and a celebration of life will follow at a later date.

Frank J. Rahija, 75, of Ruskin, Florida went to be with his Lord on January 28, 2018. He passed away in Haley’s Cove hospice care unit at the Veteran’s Administration hospital in Tampa, Florida. Frank was born on April 29, 1942, in Kansas City, Kan. Immediately following graduation from Washington High School, Frank joined the U.S. Army and was stationed in Orleans, France, where he served for three years in the Signal Core.

Frank was a member of the International Union of Operating Engineers, Local 101 of Kansas City, Mo. He operated heavy equipment on multiple construction engineering projects in the metropolitan area of Kansas City throughout his career. Frank completed an associate’s degree in information technology from the Johnson County Community College. He belonged to the Institute of Electrical and Electronics Engineers, Inc.

Frank held a pilot’s license and enjoyed flying single-engine aircraft whenever the opportunity presented itself. He was also a short wave radio enthusiast and member of the National Association for Amateur Radio.

His father, Frank P. Rahija, preceded him in death. Survivors include his mother Pauline Rahija, a sister Paula Snider, two brothers, Dan (Sheri) Rahija and Richard (Linda) Rahija, and two nephews, Paul (Beth) Snider and Bryan James Rahija. The Funeral Mass with military honors will be at 2 p.m. on Thursday, February 15, 2018, at Saint Anne Catholic Church, 106 11th Avenue, N.E., Ruskin, Fla. The family will receive friends from 1 to 2 p.m. A private burial will be held at the Florida National Cemetery, Bushnell, Fla.

In lieu of flowers, memorials may be made to Saint Anne Catholic Church in Ruskin, Florida. The Rahija family extends their special thanks to the parishioners of Saint Anne church who prayed for Frank, all the veterans who provided him with camaraderie, his friends of the Irongate Community for their fellowship and to the compassionate caring staff of the Tampa VA hospital and Haley’s Cove hospice care unit who gave so much of themselves to comfort Frank in the final days of his life. We are grateful to all of you for being like family to him. 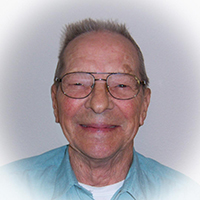 Charles (Charlie) Earl Simmons, 93, of Inspired Living in Sun City Center passed away on January 25, at the James A. Haley Veterans Hospital in Tampa. He was a member of the First Christian Church Sun City Center.  Born in Lancaster, Pa., he was the son of Earl and Anna Wiegand Simmons. He served in the U.S. Army, and was captured by the Nazis in the Battle of the Bulge during World War II. He was a POW for seven months, and was liberated at the end of the war.

Harold E. Higgins, 100, of Sun City Center passed away on January 30, 2018. He was a resident in the area for over 20 years. An avid golfer, he also volunteered with the emergency squad and Nettie’s estate sales where he met his good friend, Joan Ambrose.

Harold was born on August 31, 1917 and raised in Emmaus, Pa. During World War II, he served as a pilot of B-24 bombers. Following the war, he obtained his college degree from Muhlenberg College and then worked at Pennsylvania Power & Light Co. until his retirement in 1992.

He was married to Agnes L. (Campbell) Higgins for 51 years before her death in 1995. He is survived by two daughters, Candis J. Dries (husband Donald) and Deborah L. Higgins (husband Michael Grodzicki), three grandchildren, Andrew Dries, Karin Peterson and Martin Grodzicki, as well as five great-grandchildren.  Harold was predeceased by an older brother, Carlton.

Arrangements are being handled by Zipperer’s Funeral Home.