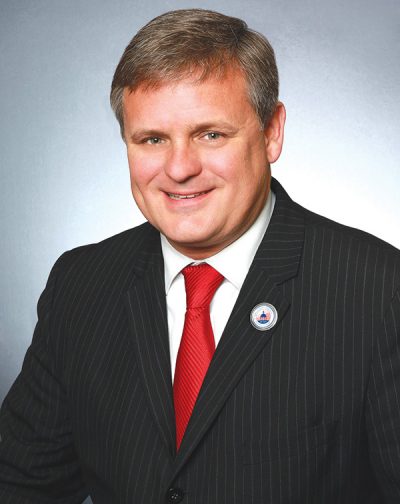 During the Feb. 1 regular Hillsborough Board of County Commissioners meeting, Commissioner Stacy White brought up his deep concerns with the Frontier outage on Jan. 31, which caused the 9-1-1 System to be down for several hours.

“9-1-1 is supposed to be the constant that the public can count on in the event of an emergency, to the extent that all phone providers are required to connect a call to an emergency call center,” stated White. “For this system to be down, for so long, and with very little explanation — if any — amazes me. People could have suffered serious harm or even died as a result of this.

“Furthermore, due to the lack of response from Frontier about this issue, various local government agencies – Hillsborough County, the sheriff’s office, the tax collector, as well as others — used their own resources to alert the public to the outage and to the numbers the public should call in the event of an emergency,” he said. “Frontier should be responsible for repaying that.”

After a rough start in Hillsborough County following the takeover from Verizon, this incident furthers a bad image in the community.  “I want to know what’s going on over there at Frontier. It just seems like they don’t have their house in order,” White said.

“For all these reasons — but especially because I am the commissioner with the largest amount of rural residents that depend on 9-1-1 — I’ve asked for county staff to draft a letter to the legislature to ask if an audit or investigation is possible,” said White. “More importantly, I asked for our own legal staff to bring back a report asking if legal action by the county against Frontier is an option.

“I’d like Frontier to send a representative to the board to explain this egregious incident,” White said. “But, frankly, I’m not all that confident in their ability at this time.”