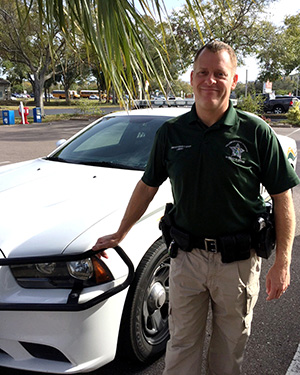 Despite the continued warnings of local law enforcement, credit card companies and the state and federal government, identity theft is still rampant throughout the country.

In 2016, 15.6 million people became victims of this form of fraud, in which a criminal illegally steals and uses someone’s personal information for financial gain. Losses that year reached an astounding $16 billion (2017 Identity Fraud Study, Javelin Research).

“This time we’re focusing on the protection and prevention side of the issue,” he said, noting his special concern for the elderly. “People of all ages in our area become victims, but seniors come from a generation that’s much more trusting. They’re more willing to provide access to their personal information, especially to doctors, because that’s what they’re used to doing.”

The sharing of such information often leads to identity theft.

Merry has invited Chris Kirkland, of Identity Shield, to speak at his February forums about ways folks can protect both their identities and wallets. Kirkland is a retired military officer, who served in the U.S. Air Force and U.S. Navy for more than 30 years.

He currently works as a risk management consultant to individuals, families and businesses on the issues of identity theft and cyber-crime.

All South Shore residents are invited to the following forums in Sun City Center:

Each will include a generous Q & A session. Admission is free.

“Identity theft is an ongoing issue here and probably always will be, given how many times residents are asked for their personal information,” Merry said. “The new Medicare cards that provide a personalized ID number rather than a social security number will help.”

Merry said the cards are a start. “They will get social security numbers out of the offices of medical providers, where they can be easily compromised,” he said.

Losses can be huge, Merry said.

“We had a local resident report that a credit card had been opened in New York using his name and social security number,” Merry said. “He found out about it eight months later, after $28,000 had been charged.”

In another incident, Merry said someone bought a $78,000 Jaguar in California last year using a Sun City Center woman’s credit.

Here are some of the tips offered by Javelin to help you avoid becoming a victim:

• Be careful what you share on social media. Make sure you have the right security settings, and don’t accept friendship requests from people you don’t know.

• Use strong passwords and update them often. Passwords using easily identifiable information like your dog’s name and your birth year can be easily hacked.

• Freeze your credit reports, which enables no one but existing creditors and specific government agencies to access them. The freeze can be lifted for a small fee, and then restored, when you need to make a large purchase or open a new account.

• Sign up for alerts from your financial institutions and credit card companies to be notified of suspicious activity on your accounts.

• Keep a close eye on statements, and immediately report anything that’s incorrect.  Merry said if you don’t catch something within 60 days, you can be held legally liable for the loss.

“Always safeguard your info and know who you’re giving it to,” he said. “If something sounds or feels shady, it is. Pay attention.”