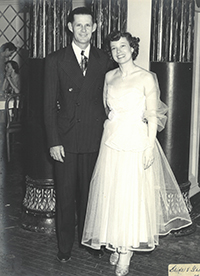 She was born on December 15, 1916, in Asheville, Ohio. She worked for Battelle as an Executive Secretary until she retired in 1981. She then relocated to Sun City Center, Florida.

She is preceded in death by her husband William Orton, mother, father, and all of her siblings.

A Funeral Service will be held at 11 a.m. on Thursday, January 25, 2018 at SouthShore United Church of Christ in Sun City Center. In lieu of flowers donations may be made to LifePath Hospice, 3010 W. Azeele Street, Tampa, FL 33609. Interment will follow at Mansion Memorial Park.

Linda L. Avis, 66, was called home to the Lord on January 20, 2018, surrounded by her family at Life Path Hospice in Sun City Center, Fla.

Linda was born in Muskegon, Mich. on June 28, 1951. She was one of six children born to Kathryn and the late Phillip Schaub. On February 7, 1970, she married her soul mate John Avis.

A funeral mass will be held on Thursday, January 25, at 11 a.m. at Our Lady of Guadalupe Catholic Church, 16650 U.S. 301 S., Wimauma, Fla. An additional mass with burial will be held in the spring at St. Wenceslaus Catholic Church in Gills Pier, Mich. Details will be announced at a later date.

In lieu of flowers, contributions in her name may be made to LifePath Hospice in Sun City Center, 12470 Telecom Drive, Tampa, FL 33637, The American Cancer Society or mass intentions. 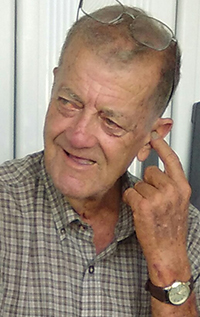 Charles W. Stump III, age 78, passed away January 14, 2018, at his home in Ruskin. He was a lifelong resident of Hillsborough County, born in Tampa. He loved to talk about years past when U.S. 41 was just a two-lane road and Big Bend went as far as U.S. 301, and about riding the bus to Wimauma High and fishing all around the area. He loved this south county area.

Charles is survived by his wife of 39 years, Carole, of Ruskin; sons Gregory Stump of Ruskin and Charles W. Stump IV of Berea, Ky; stepchildren, Gary Schroder, New York, Kathleen Walker, Brandon and Kevin Bahret, Ruskin. He has six grandchildren, Sheena, Natalie, Lillian, Gregory Jr., Arielle and Shelby, and has two great-grandchildren, Aryana and Alysia. He also had four brothers, three sisters, many nieces and nephews and friends. He will be missed by many.

It was his wish for no services, but a celebration of life will be held at Simmons Park on February 24, 2018. Arrangements by Zipperer’s Funeral Home.

James M. Williford, 92, went home to be with our Lord peacefully on Wednesday, January 17, 2018, surrounded by loving family at Hawthorne Health and Rehabilitation Center. Born in Blakely, Georgia, he moved to this area as a teen, met his bride to be, and made his home in Ruskin. He worked for and retired from the Florida Division of Consumer Services as a Meat Inspector. He was a hardworking man with a sense of humor and a smile. He loved and was so proud of his family. He enjoyed traveling, camping, being outdoors working in his vegetable and flower gardens, music and dancing, and cooking up big meals to enjoy with family and friends.

Online condolences may be expressed to the family at: www.nationalcremation.com/location/ruskin 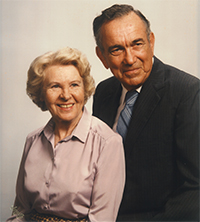 Evelyn was preceded in death by three husbands: Richard Binkley Jr., Walter Andrew and Edmund Kallina; a brother Warren Troutman; a sister Marian Troutman Becker; a stepdaughter Anne Kallina Sinha; a stepson Walter Andrew Jr.; a nephew Tom Troutman; and a niece Judith Becker-Frankfort. Evelyn will be remembered for her kindness and generosity to others and will truly be missed by all who have had the privilege of knowing her.  She had requested that there be no funeral/memorial service held on her behalf. Instead, she had hoped that everyone would keep her in their prayers. In lieu of flowers, please donate to a hospice near you. 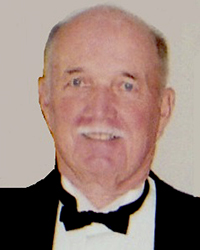 Kevin was a graduate of Wachusett Regional High School, class of 1962. He is also a graduate of the U.S. Naval Hospital Corps School in Great Lakes, Ill. He spent his naval duty at Chelsea Naval Hospital, Chelsea, Mass. as Hospital Corpsman and was on the Navy Golf Team. Later on he became a salesman for Tool and Die and was a teaching Golf Pro. He was also a member of the Knights of Columbus. Kevin has lived in Sun City Center for the past 12 years where he enjoyed golfing, lawn bowling and Thursday Night Poker. He will be buried in Oxford, Mass. beside his wife.

A Memorial Service will be held at the Lawn Bowling Room in Sun City Center, Fla. from noon to 3 p.m. on February 11. Arrangements entrusted to the National Cremation & Burial Society. To leave a special condolence please visit nationalcremation.com/location/ruskin 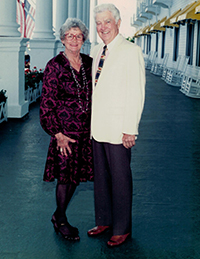 Dr. William H. Roe Sr., known as Bill to family and friends, passed away Saturday, January 20, 2018, eight days after turning 100 years old! His birthday, January 12, was celebrated with a dinner party this past week in Sun City Center, Florida, with 35 members of his family and loved ones. For 11 years, he resided permanently at the Freedom Plaza complex.

His birth was in Nashville, Michigan, on January 12, 1918, reportedly during one of the worst blizzards that Michigan had ever experienced. His father, Vidian Roe, had to put on snowshoes to go help the mid-wife come to their home to attend to Bill’s birth.  His father wanted to name him “Blizzard,” however, his mother, Lela, would not hear of it.

Married June 20, 1942, to Viola Rachel Johnson in Lakeland, Florida, they had just four weeks together before he took off with the 98th Bomb Group, 345th squadron, on a secret mission. His 10-man crew flew a Consolidated B-24 Liberator, called the “Lil Deicer,” that was a strategic bomber during World War II.  Leaving Lakeland, Florida, they flew across the Pacific, to join American and British forces in Cairo, Egypt. Bill, a navigator of his crew, retired 20 years later from the U.S. Air Force as a full-bird Colonel.

For over 64 years, his wife Vi, was by his side — a true partner as they worked, played and traveled together to support their dreams and goals. Also, by his side were his dogs –— first an Irish setter, then several English setters — great companions and awesome hunters. Many delicious pheasant and partridge dinners were enjoyed over the years.

Bill graduated from Nashville High School lettering in football and basketball. Entering college, he earned his Bachelor’s Degree at Western Michigan College, his Master’s Degree and Doctorate of Education degree at the University of Michigan. His earlier career years were spent working as an Assistant Superintendent at the Department of Education for the State of Michigan, then as full professor in the College of Education at Michigan State College, and finally Dean of Education at the University of Connecticut. He worked hard and played hard. His motto to his family was “plan your work and work your plan,” while he quipped and tap danced throughout his life.

While he was providing for his family and working in the Lansing area, his love of the outdoors drew him to northern Michigan on weekends in the early 1950s. It was here in Lake City where the family purchased a lot for a cottage on Lake Missaukee as well as acreage for growing Christmas trees. The farmland turned into a hobby and playground for hunting, fishing and enjoying the natural habitat of wildlife. Lake City was his permanent home after retirement as he continued to be a leader — Rotary, Missaukee County Conservation, Michigan Christmas Tree Association, Missaukee Golf Club, to name a few.

For years, Bill and Vi lived in Lake City in the spring/summer and in Sun City Center in the fall/winter. For the past 11 years, after Vi passed, he resided full time in Sun City Center, Florida, at the Freedom Plaza independent living complex and for the last two years, in the Homewood assisted living facility. As each family member raises a glass for Bill, we still hear him saying, “getting old is not for sissies,” however, he did live with dignity and grace, to be a centenarian!

Burial will take place Saturday, January 27, 2018, in the Lake City Cemetery and a celebration of life memorial tribute in Bill Roe’s honor will be given in late June at the St. John Lutheran Church in Lake City and will be announced at a later date.

An online obituary may be viewed and condolences offered by visiting www.youngfuneral.com. 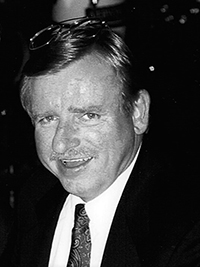 Dr. Detweiler passed away peacefully on Jan. 18, 2018. He was born in Pasadena, Texas, on March 29, 1946, and was a dedicated physician, husband, father and grandfather. He and his family moved to Apollo Beach from Cedars, Pennsylvania, in 1995.

In lieu of flowers, memorial gifts may be made to the St. John the Divine Building Fund or to the Moffitt Cancer Center Foundation, 12902 Magnolia Drive MBC-FOUND, Tampa, FL 33612. An online “Life Tributes” page is also available to sign at www.zipperersfunderalhome.com.