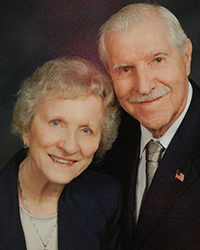 Zelda M. “Dusty” Held nee Swartzfager, age 92, entered eternal life on December 31, 2017, from her home in Beaumont, Texas. She was a resident of Calder Woods retirement community where she played bingo, made jewelry, attended church, and was loved by residents and staff alike. She was preceded in death by her husband of 70 years, Robert E. Held, in 2015.

Zelda grew up and graduated from high school in Buffalo, New York. She and Bob married when she was 18, and they moved to Rolla, Missouri, so he could attend college. They moved to Lawrence, Indiana, where she was a homemaker and participated in many social activities from 1954 through 1967, such as assisting with Jaycee activities, church events and junior baseball. When the family moved to Maryland in 1967, Zelda volunteered her services at a nursery school, and loved to go square dancing.

Zelda and her husband Bob lived in Sun City Center, Florida, for 35 years after his retirement, where she participated in many activities such as ceramics, lawn bowling, card playing clubs and needlepoint.

Zelda is survived by her son, Bruce, of Beaumont, Texas; a daughter, Carol LaRiviere, of Frederick, Maryland; three grandchildren, Jefferson Held, Jacqueline LaRiviere, and Ashleigh LaRiviere and three great-grandchildren, Alexis Held, Calvin Held and Aurora Allen. She will be dearly missed by all.

Zelda will be interred at the Florida National Cemetery with her husband Bob. In lieu of flowers, the family requests that donations be made in her memory to the Alzheimer’s Association at www.ALZ.org.

Michael Pizzichetti, 84, of Apollo Beach, Fla., passed away peacefully December 28, 2017. Michael was a loving husband and father who lived his life by the words of the Serenity Prayer. He was devoted to his family and made it his mission to serve and support them in any way possible. Michael proudly served in the U.S. Army during the Korean War, and was a retired member of Boilermakers Union #433 Tampa, Fla.

Cecelia Edith Greenberg nee Mazer, 86, of Sun City Center, passed away December 23, 2017. She was born in Philadelphia, Pa., on February 14, 1931. Cecelia was married to Irwin Greenberg for 58 years prior to his passing in 2006. She was a loving mother, sister, aunt and cousin. She is survived by three sons, Arthur, Mitchell and Mark, and seven grandchildren. She is greatly missed by all. 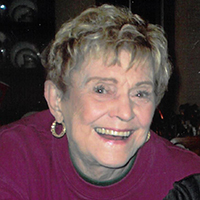 Born in Milwaukee, Wisc. on February 29, 1936, a leap year, Barbara enjoyed 20 real birthdays. She received her angel wings on January 1, 2018. She will be remembered for always putting her family first. The Lord, Family, and Friends were her priorities in life — those and of course her Green Bay Packers. She lived in Wisconsin most of her life.

She lost her first husband Vincent, in 1993. She married John Grunwald in 1996 and they moved to Sun City Center shortly after that. Barbara worked as a head cashier/bookkeeper for Sears and 1st Star Bank in Wisconsin. Once in Florida, she worked at the Sandpiper Golf Club unti retiring in 2003.

Barbara is survived by her loving husband John; her son, Brian Shanahan (Ellen), both of whom she loved and was extremely proud of. Ellen was more of a daughter and best friend than anyone could imagine. She is also survived by her grandson Ryan Shanahan (Tina); great-grandsons Vincent and Quinten; step-grandson Trace Landmeier (Heidi); and great-grandsons Logan and Lincoln; stepdaughter, Jody Teske (Scott); step-grandchildren Sarah and Katy; stepdaughter Amy Grunwald; her brother, Jerold Dales (Charmayne), sister Jerolynn Hartman (Charlie); niece, Jody, Fredricks; cousins and friends. She was preceded in death by her parents Howard and Lucille Dales, her first husband Vincent Shanahan, and niece, Kim Stone.

Barbara enjoyed some very close friends who helped during these last weeks: Dee Dee, Barbara, Shirley, Sharon, Penny, Mickie, Chris, Prudence, Paul and Lou. The family thanks you. Barbara touched everyone’s heart. We have all been blessed to have had her in our lives. Her memory will be forever cherished. To the Caregivers on the Pine Wing and staff at Hospice House in Sun City Center — you made us all feel like family, making Barbara’s last weeks comfortable. We could never thank you enough for the loving care you provided to her and family.

She left us on butterfly wings and now has her angel wings. A Funeral Mass will be held at Prince of Peace Catholic Church on January 16, 2018, at 11 a.m. 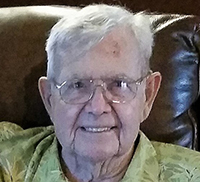