Ruskin home is Haven of Hope for former female inmates 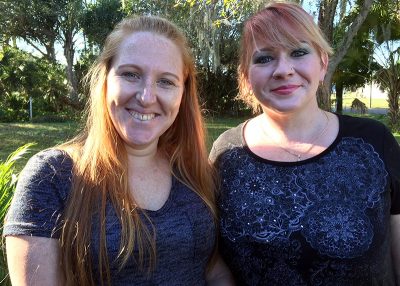 LOIS KINDLE PHOTO
Shannon Lester, left, and Summer Moore turned their lives around at Haven of Hope, a nondenominational, faith-based residence/program in Ruskin that gives former prison inmates a fresh start after they serve their sentences.

Shannon Lester, 39, spent more than two years in prison for drug-related charges and she’s not inclined to go back. To ensure that, she came to Haven of Hope upon her release to turn her life around.

“I became hooked on prescription drugs after having a C-section during the birth of my first child, and from there it was all downhill,” she said, adding as time went by, her addiction to the painkillers led to the use of harder drugs. This eventually landed her at Lowell Correctional Institute in Ocala.

“Haven of Hope gave me the opportunity to become a productive member of society,” she said. “It gave me a clean slate, a hope for the future and a better way of life.”

She was held accountable, and with the support of a mentor and many program volunteers she learned to make wiser choices.

“You can’t force people to make good decisions,” Smith said. “But you can guide them and give them advice in the hope that they will.

“This type of ministry is difficult for anyone who undertakes it,” she added. “You never know whether or not a woman really wants to change.”

Apparently, Lester was one who did.

She now rents a home in the Ruskin area and works at the Goodson Farms packing plant in Balm. After completing the requirements of her Department of Children and Families case plan, graduating from the Haven of Hope program and showing stable employment and housing, she’ll soon be heading back to Clay County to petition the court to get her children back. The kids, ages 4, 6 and 11, currently live in Riverview with her mother-in-law. Lester sees them frequently, and they often visited her while she was at Haven of Hope.

“Keeping families together is important if a resident has family support,” Smith said. “If not, we (the volunteers and other residents) become their family.”

Summer Moore, 38, also came to Haven of Hope, after serving seven years in prison. She completed the program, found full-time employment at a local restaurant, which she manages part time, and lives in Ruskin.

“The program gave me stability and a whole new outlook on life,” said the mother of three children, ages 16, 19 and 22. “It gave me a new start, and that’s what I needed.”

Moore said she had a good life before but went through a bad divorce and “made some bad choices,” which cost her seven years of her life.

“With Janet’s help and the support of my bosses, who didn’t judge me and gave me a chance, my life is getting better each day,” she continued. “I’m happier than I’ve ever been.”

A home where there was none 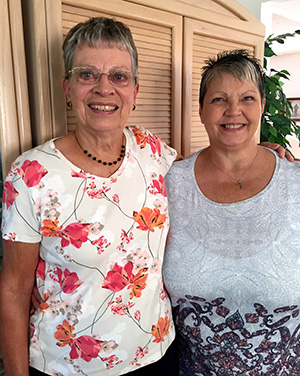 LOIS KINDLE PHOTO
Haven of Hope founder Janet Smith, left, and house leader Melanie Chang have plenty to smile about coming into the new year. Chang credits the nonprofit organization with helping her break a decades-old pattern of behavior that landed her in and out of prison for 25 years.

Haven of Hope is a transitional home, where women being released from prison can apply for shelter and support as they re-enter life outside confinement. It’s a difficult time, and the program Haven of Hope offers is critical in reducing their chances of recidivism.

Smith had worked as a volunteer for four years at the Hillsborough Correctional Institute in Balm until it closed in 2012 and knew the benefits of a faith- and character-based program.

After starting Haven of Hope as a nonprofit organization in early 2015, Smith began looking for a residential home.

“When some of the Realtors learned what I wanted it for, they wouldn’t even talk to me,” Smith said.

She persisted, and her determination paid off when she signed a rental contact that October. After sprucing up the home and filling it with donated furniture, Smith and other volunteers opened Haven of Hope to residents in December.

It’s a place where self-worth and humanity are restored.

Many of the women who go there have experienced alcohol and drug problems, physical abuse, poverty and difficult family histories. The program provides them food and shelter, and each receives a mentor and works with volunteers who encourage them to develop relationships with area churches.

Up to five residents can stay in the home at the same time, and each woman has responsibilities for its upkeep, including laundry, housekeeping, yard work and light maintenance. They are all required to find employment within 30 days of their arrival and pay $100 a week once they start work. The nonprofit provides them with coaching, a bicycle for transportation and a list of places amenable to hiring them, but the residents must go out and get jobs on their own.

They also are required to pay a $200 refundable deposit, which is returned to them at the end of one year, if they owe nothing, Smith said. And they are randomly drug tested.

Working on her future

Melanie Chang, 56, was in and out of prison for 25 years for alcohol- and drug-related issues before she found Haven of Hope, where she currently resides and is house leader.

“In the past (the prison system) gave me $100 and basically that was it,” she said. “I was never able to cope. My family was always there for me, but they enabled me to repeat my old behaviors. That’s not how it is here.”

Chang appreciates the solid support system she has and the program that comes along with it.

“I have responsibilities and I’m accountable for the first time in decades,” she said. “I have no desire to go back to prison or to a life of substance abuse and crime. I have God in my life now. (Chang was baptized Nov. 28 at First Christian Church in Ruskin.)

Chang said she will complete the program and plans to stay at Haven of Hope as long as she’s needed.

“I feel my calling is to be like Janet and to help other women who are suffering because of the bad choices they made,” she said.

Not all women who come to Haven of Hope stay.

“Some leave for a man or fail a drug test, but others just can’t follow the rules,” Smith said.

“No matter how long they stay, we’ve planted seeds for their spiritual and emotional growth that will help them make good decisions in the future,” she said. “They’re in God’s hands, and we hope we’ve made a difference.”

It costs about $36,000 a year to run Haven of Hope. The all-volunteer program relies totally on donations from churches, organizations and individuals. (It received a $5,000 grant from the Interfaith Council of Sun City Center in November 2017.)

To make a tax-deductible donation, email Smith at janet.smith12@comcast.net or mail a check made out to Haven of Hope to P.O. Box 5261, Sun City Center, FL 33571.

EDITOR’S NOTE: Details of the crimes these women committed were intentionally omitted to help them move beyond their pasts.