Observations: Making a place at home 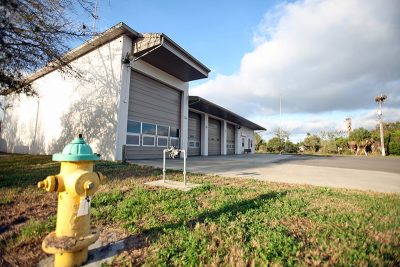 MITCH TRAPHAGEN FILE PHOTOS
The Firehouse Cultural Center in Ruskin has come a long ways since it took over an abandoned Hillsborough County fire station, as shown in this 2012 photograph. If you haven’t seen it lately, I would encourage a visit.

I dearly hope that she has heard this enough to be tired of it but…Georgia Vahue and a small army of dedicated volunteers have transformed the identity and culture of not only Ruskin but all of South Hillsborough and down to North Manatee. The Firehouse Cultural Center began with nothing more than the empty shell of an abandoned fire station and through sheer determination and…I don’t use these words lightly…sheer brilliance, along with an absolute dedication to bringing the arts and entertainment to a place woefully underserved, they have accomplished all that could have been imagined and more.

Late last year they held a fundraiser BBQ to raise money, in part, to offer program scholarships for underprivileged children (thus keeping with their firm philosophy that the arts and education do not belong solely to those who can afford them). The live music was excellent, the room was full and — the best part to me was that I didn’t recognize all that many faces. I’ve covered the Firehouse since their very first event, held outdoors because the big firetruck garage doors were still in place and there was no air conditioning outside of the office. I was struck then — on a Friday night, a once-sleepy corner of Ruskin had been lit up and brought to life. There were seniors and young families; there were children having a great time. It was a Friday night, and for the first time in my life here, things were happening in town. It was wonderful.

Fast forward a few years, and now I can’t imagine life here without the Firehouse Cultural Center. Vahue was once an executive director for an arts center in the New York City metro area. She took the reigns lightly, working to learn as she moved forward. And move forward she did. The cultural center offers an incredible array of programming for children and adults, both classes and shows. They have partnered with the Straz Center for the Performing Arts. They offer live music and adult beverages. There are live comedy shows. They have a community radio station.

And today, the center is in the process of becoming an entire campus to even better serve the greater community. 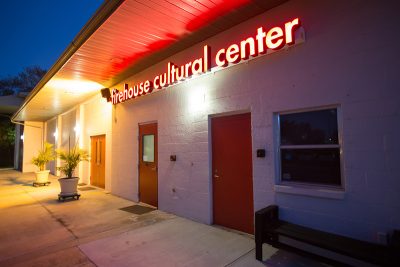 And just over a year later, as shown in this photo from late 2013, the new cultural center had already taken shape. Today the big bay doors are gone and inside is a theater that also serves well as a classroom and even a weekend pub.

There are few places in the entire Tampa Bay area where such things happen. But now they are happening right here at home.

Thank you, Georgia, for making life in this part of the world better for everyone. Thank you Dolores Coe and Bruce Marsh. Thank you Sandy Council, Frances Hereford and Janice Bayruns. Thank you to so many more who have given and have helped.

On a Saturday night not long ago an entire community came together — the new faces added something special. That they were there shows just how hard Vahue and her team work to reach out to all in the community. I have little doubt that some of the newcomers, arriving from large northeastern cities, found a new home there that night. They felt welcomed. They felt at home.

What an incredible accomplishment.

The Firehouse Cultural Center can’t exist without your help. For more information on making a donation, membership and programming, visit their website at www.firehouseculturalcenter.org.

The Firehouse Cultural Center is located at 101 1st Ave. N.E. in Ruskin.