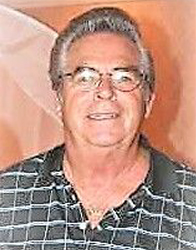 He was born in Pawtucket, R.I. on October 6, 1942, son of Felix and Pearl Siatkowski and brother of six siblings, three brothers, Richard, Michael and Ronald; and three sisters, Carol, Joyce and Sharon.

He worked as a machinist at Murdock Webbing in Rhode Island were he also enjoyed huge family gatherings and many seaside activities. Robert met and then married his first love Marie Lisi Siatkowski on October 6, 1962 where they shared over 50 loving, happy and adventurous years together. In 1978 he moved his family to Florida and started his business R&S Auto Electric.

Some of his passions in life was racing with his son, bowling in leagues successfully scoring a perfect 300 and numerous 290 games. He enjoyed many types of water sports and fishing. Bob was also well known for his remarkable karaoke skills.

He was an amazing husband, father and grandfather as well as a great friend to many. His memory lives on through his wife Debbie; his two children Robert and Debra; grandchildren, Charles, Joseph, Deidre and Samantha; as well as his great-grandchildren, Courtney, Haylee, Amber and Luke.

A service to celebrate his life will be held at Saint Anne Catholic Church, 106 11th Ave. N.E. in Ruskin on January 6, 2017 at 10:30 am., followed by a gathering of friends and family at his residence in Apollo Beach.

James is survived by his daughter Jessica Shahan of Riverview, Fla.; his ex-wife Suzann Shahan also of Riverview Fla. his mother Lois McBride of Wimauma, Fla.; sisters Dianna (Sissy) Gorby of Wimauma, Kathy Harshman of Commerace, Ga., and Sandra Wachader of Orlanda, Fla.; a brother Kenneth Harshman of Apola, Fla. He was a proud uncle of six girls and five boys and a great-uncle of four girls and five boys. James was a member of VFW post 6287 in Ruskin for five years.

He will be truly missed and was loved by all.

He was predeceased by his wife, Theresa Agar Cook and parents, Ethel Fisher Cook and Irwin Roy Cook, his brothers, Ralph and Leland, and granddaughter, Jennifer Jurzysta. He was a World War II veteran. He was part-owner of Cook Block Company in Croswell, Mich. until the business was sold to Theut Concrete Products. He was a member of the Pepper Patrol (invasive pepper plant removal) in Ruskin.

He is survived by and sadly missed by his three daughters, Sharon (Rod) Burch of Michigan, Terry Rice and Nancy Jurzysta, both of Tennessee and his son, Jeffery Cook of Florida; eight grandchildren; 18 great-grandchildren, and three great-great grandchildren.

Harry R. Carey, beloved husband, father, and grandfather, passed away in his Sun City Center, Fla. home on December 26, 2017, at age 91, following an extended illness. He is survived by his wife of 65 years, Jane; daughters Susan Davis and Karen (Mark) Everson; granddaughter Caitlyn Everson and nephews, niece, and many cousins. He is predeceased by his parents William and Kathryn Carey, brother Robert Carey, and nephew Richard Carey.

Born in Kingston, Pa., Harry graduated from West Wyoming High School in 1944. He enlisted in the U.S. Air Force on his eighteenth birthday and was called to service in August 1944. After his discharge, he attended college, graduating from the University of Denver, January 1949. Upon graduation, he joined his father in the partnership Wm. & Harry Carey Insurance and Real Estate agency. Following the death of his father in 1956, Harry was the sole proprietor of the agency until being joined in the business by his wife.

Harry was active in the Wyoming Valley Pilots Club and the Civil Air Patrol. Following retirement and their move to Florida, he and his wife traveled extensively in the United States and Canada until his illness prevented it.

His kindness, gentle manner, and easy humor will be deeply missed by his friends and family.

A memorial service will be held at a future date.

In lieu of flowers the family requests donations in his honor to the Shriner’s Hospital for Children, 2900 Rocky Point Dr., Tampa, FL 33607. 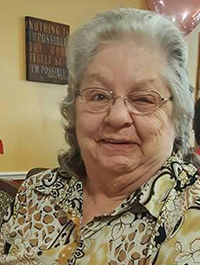 Ethel “Patsy” Holtz Ratcliff passed away peacefully at her home in Belvedere Commons, Sun City Center, Fla. on Christmas Day, December 25, 2017 after her courageous battle with cancer. She was formerly from Fredonia, N.Y.

Born in Silver Creek, N.Y. on March 20, 1941. Patsy was the daughter of the late Hazel Taylor and Walter and Elsie Taylor.

She is survived by her daughter and best friend, Kim (Steve) Williams of Wimauma, Fla., her son Donald Holtz Jr. of Lexington, Ky., an adopted son, Chris (Sherrie) Lee, of Clearwater, Fla., and a stepson, Donald (Mari) Ratcliff, of Kokomo, Ind. She is also survived by a stepsister, Dee Dee Ogden of Dunkirk, N.Y., six grandchildren and one great-grandson.

Patsy considered everyone she met a friend and especially the many close friends she made and loved at Belvedere Commons. Always a smile on her face, she made you feel better just being near her.

A celebration of life will be held at the convenience of the family.

Ralph Eugene Johns, 85, of Montgomery, Pa. and Sun City Center, Fla., passed away peacefully December 20, 2017 at his Sun City Center residence. Born in South Williamsport on May 18, 1932, he was the son of the late Frank and Vilet Johns. Ralph has been reunited with the love of his life, Betty Sperry Johns who passed away in 2007 after 56 years of marriage.

He was preceded in death by his brothers, Jack and George Johns. Ralph will be lovingly remembered by his three children and their families, daughters, Terry (Rodney) Koser of Montgomery, Pa., Beth (Karl) Kroboth of Allentown, Pa.; and son Marc (Coleen) of Montgomery, Pa.; four grandchildren, Cory, Tiffany, Lee and Will; and four great grand-children, Evan, Ethan, McKenna and Jayla.

Ralph served in the United States Air Force during the Korean War and traveled the world with the Vice President of the United States. He then attended Lycoming College, taught plumbing at Williamsport Area Community College, worked at UGI Gas Company and retired from the Plumber and Steamfitters local union #520 before relocating to Florida.

A memorial service will be held in Ralph’s honor at a future date.

Angela LoCicero, 46, of Wimauma, Fla. passed away December 22, 2017 surrounded by her loving family.

She was a loving wife, mother, daughter, sister and aunt.  Angela will be missed. Arrangements by Sun City Center Funeral Home, 813-634-9900.