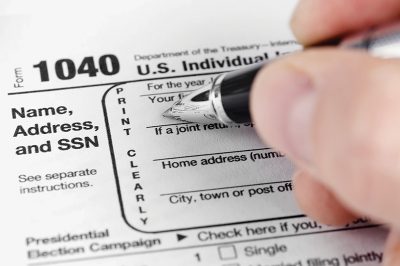 STOCK IMAGE
The tax season has started, and criminals are looking for ways to scam taxpayers out of their money through tax-return fraud and IRS-impersonation fraud.

It’s tax time, and while you may be dreading the annual ritual of filing your IRS Form 1040, others are eager to file it for you — illegally.

Many are also eager to pose as IRS agents calling to collect unpaid taxes they claim are owed immediately. Hillsborough County Sheriff’s Office Community Resource Deputy Jeff Merry has two words of advice when this happens, “Hang up.”

Merry will be conducting free presentations on IRS Tax Return Fraud and IRS Impersonation Fraud on Jan. 9 and 16 in Sun City Center for residents of the community and all surrounding areas. His goal is to advise attendees about the scams and hopefully prevent them from becoming victims.

The presentations will take place as follows:

“Tax return fraud is committed when someone files your tax return before you do, using your social security number,” Merry said. “They fill in false amounts, and then request a refund be loaded onto a prepaid debit card that’s mailed to a P.O. box or abandoned house, which can’t be traced.”

You don’t know the fraud happened until you finally fill out your return and try to E-file it.

If that happens, the IRS will issue you a passcode for your future returns but any refund you’re expecting could be delayed up to a year, Merry said.

Steps to take to prevent tax return fraud include the following:

“We have been conditioned to just hand it over,” Merry said. “If someone requests this information, ask why they need it and what safeguards they have in place to prevent it from falling into the wrong hands. If they insist, you have to decide if you want to have care there.”

• Never give out your social security number or other personal information over the phone or via email, regardless of how official the request sounds or looks.

If you believe you’ve become a victim of tax ID theft or you get an IRS letter stating there’s a problem with your return, notify the Federal Trade Commission at www.IdentityTheft.gov or call 877-438-4338.

Be sure to respond to IRS letters or notifications, file your tax return and pay any taxes due.

Hang up the phone.

IRS impersonation is another tactic used by criminals to steal money from others. Yet despite continued warnings from law enforcement officials about this type of fraud, people continue to lose thousands of dollars each year.

“Not only are people still being victimized by this scam, the criminals are asking for larger amounts of money,” Merry said. “The longer you stay on the phone with the scammer, the more likely you are to fall for the con. Sometimes the caller will bring other people into the conversation to make the request seem more official.” 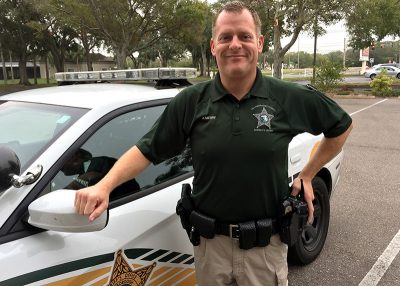 Merry said the IRS only contacts a taxpayer by mail and, even then, the receiver needs to confirm its validity. If you’re uncertain, turn over the letter or notification to a tax professional who can go through the proper channels, he said.

Recently a Sun City Center resident was scammed out of $4,800 that was sent in two separate wire transfers from two different locations. The senior was told to keep the transactions a secret to avoid getting into trouble with the IRS.

Once the criminal received the money, he called for more, as is always the case, Merry said. Only when the resident told a relative about the transfers and was advised to file a report with law enforcement was the scam revealed. Sheriff’s office personnel investigated but since the perpetrators are overseas, there was way of recovering the money, Merry said.

If you get one of these calls, hang up and report the phone number, day, time and details to the U.S. Treasury Department at https://www.treasury.gov/tigta or by calling 800-366-4484.