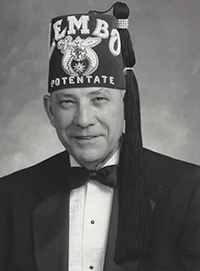 Jim was born on August 21, 1924 to the late James F. Porrett Sr. and Carrie (Pike) Porrett. A graduate of John Harris High School, Class of 1943, he served in the U.S. Army Air Corps during World War II and with the 315th Army Engineers, retiring as Command Sgt. Major. He retired as a production supervisor for the Bethlehem Steel Corp. with 29 years of service. He was a member of the former Shared Ministry in Harrisburg and the United Methodist Church of Sun City Center, Fla. Jim was Potentate of Zembo Shrine in 1993 and an active member and leader in many units at Zembo Shrine throughout the years. He was a member of Harrisburg-Snyder Lodge 629, the Sun City Center Shrine Club in Sun City Center, Fla., and the Valley of Harrisburg Consistory in which he was a recipient of the Meritorious Service Award in 2002. He had been active in the Tall Cedars of Lebanon, Forest #43 serving as the Chief Ranger of their Championship Ranger Drill Team and a member of the Sojourners Harrisburg #76.

He worked on Harrisburg’s election board for 40 years and was a member of the Friendship Club of Colonial Park United Church of Christ. Jim was a devoted and loving family man and will be greatly missed by all.

In lieu of flowers, the Porrett family kindly requests that donations may be made to the Shriners Hospitals for Children c/o Zembo Shrine, 2801 North 3rd Street, Harrisburg, PA 17110. 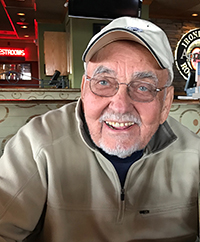 A full military honors cremation memorial service and celebration of his life will be held Tuesday, December 26, 2017 at 12:30 p.m., with a reception following at the Sun City Center Funeral Home, 1851 Rickenbacker Drive. Please dress in golf attire to honor Bill. There will also be a memorial service in Spring 2018 in Rochester, New York.

Bill truly lived his life to the fullest, never failing to seize the day. After being discharged from the Navy after World War II, Bill pursued a fruitful career for the Eastman Kodak Company (Kodak Park). While he enjoyed his job, his greatest lifelong passion was golfing, and he spent a majority of his retired life on the course, playing the game he loved most. Bill’s wit and charm illuminated every room he entered and the energy he radiated was palpable. Bill will be forever remembered as a loving husband, a devoted father and grandfather, and a great friend to many. We miss him dearly, but we know he will always be with us anytime we step up to the tee.

In lieu of flowers, memorials may be made to Friends and Family Church, P.O. Box 1500, Wimauma, FL 33598, or visit www.friendsfamilychurch.org. Arrangements entrusted to Sun City Center Funeral Home 813-634-9900. 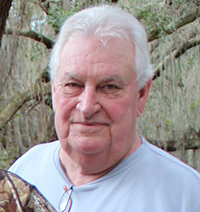 Michael “Mike” Council Sr., age 72, passed away on Dec. 13, 2017, from lung complications after having open-heart surgery. He was preceded in death by his father Emmett “Bub,” his mother Agnes, and his brother Emmett Council Jr.

Mike was very proud of his family’s heritage and long history in Ruskin. He was the third generation of Councils in Ruskin.  Mike was a tomato grower for his family’s agriculture and cattle business when Ruskin tomatoes were king. In 1986, the family business was sold and Mike continued in agriculture and was later joined by his two sons. In his younger years, he loved to fish, hunt (although for many years he no longer hunted animals but preferred to see them in the wild), and camp with family and friends. He loved to see everyone, especially the kids, enjoying the outdoors. Mike will be remembered for these good times and for his love, honesty, generosity, humor, and his great laugh.

Mike’s wish was for no weeping (although we can’t quite follow that wish) and to think of the happy times. So, we will have a Celebration of Mike’s life the way he always liked, outdoors surrounded by family, friends and children. This will take place Wednesday, December 27, at 2 p.m. at the “Double D Ranch,” 3308 Double D Ranch Trail, Ruskin, FL 33570. Family, friends, and acquaintances are invited to celebrate Mike’s life with us and to share a story if they like, followed by fellowship and great food.

In lieu of flowers, donations in memory of Mike may be made to The Salvation Army, Disabled American Veterans, or a Ruskin charity of your choice. Arrangements by Zipperer’s Funeral Home.

At Wimauma Elementary, Santa’s sleigh was an 18-wheeler from Amazon

Plight of the homeless in Southern Hillsborough County