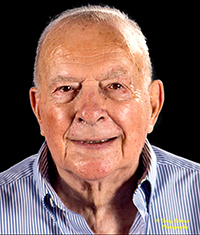 Harald Van Eycken, MD, passed away on December 4, 2017. Harald lived in New York and practiced medicine until his retirement to Florida in 1985. He leaves behind his beloved wife of 32 years, Barbara, and his children, Keith Van Eycken, Chris Van Eycken and Kathryn Curtis plus son-in-law Billy Curtis and grandchildren Lucy and Annie Curtis, Jake Van Eycken, CJ Tanner and Nicholas Van Eycken.

Harald was a World War II veteran and will be buried in the Veterans Cemetery on Long Island in the family plot with his mother, father and brother. Harald, you will always have a place in my heart. Barbara.

He attended Riverside Military Academy in Gainesville, Ga. and graduated in 1961 from Garfield High School. He attended Pittsburgh Institute of Mortuary Science and graduated with honors in 1964. He received his funeral director’s license in 1965 and his embalmer’s license in 1967. He was awarded his Bachelor of Science in Chemistry from Mount Union University with a minor in psychology. He did his post graduate work at Akron University. He worked at the Ohio Brass Company in Barberton, Ohio as a Project Engineer and later as salesman for Beckman Instruments.

His hobbies included stain glass and electronics. Even though Jim was not a building contractor, he accomplished building his home after seven years of hard work. He enjoyed working out with his trainer, Dennis O’Brian.

Funeral services will be held at a later date at Schermesser Funeral Home in Akron, Ohio with Interment in Greenlawn Memorial Park. 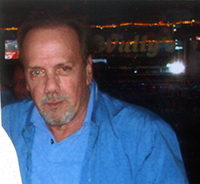 Frank started in the restaurant business, then switched to long-haul truck driving. He drove in every state but Hawaii. He was lucky to have great friends and enjoyed the fellowship of the members of the Eagles Lodge #4351 and Moose Lodge #813. He loved his family and helped take care of both his parents.

Frank was a loving and giving person and will be missed by many. May he rest in peace.