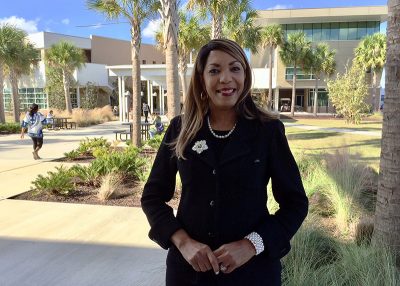 Come Jan. 2, Dr. Jennifer China will become president of Hillsborough Community College SouthShore. The nine-year-old campus has played a pivotal role in the community’s growth, and China expects that role to continue.

“I’m truly dedicated to what I do and very committed to student success,” said China, who most recently was dean of student services at HCC’s Brandon campus before being appointed to SouthShore. “I’m honored to be entrusted with the presidency.”

She replaces Dr. Allen Witt, who served as president of the SouthShore campus for eight years and will now fill the same role at the college’s Dale Mabry campus.

“She’s marvelous,” Witt said about China. “I was thrilled Dr. (Ken) Atwater selected her. He was as impressed with her as we were.

“Her strength is people,” he added. “She understands them and listens. She’ll do a marvelous job here.”

That endorsement means much to China.

“I want to build off Allen’s success here,” she said. “I consider him a role model and feel blessed to have been able to work with him during the transition.

“I believe strongly in collaboration and partnerships, and I want to further enhance our involvement in the community,” she continued. “That’s what community colleges are all about.”

China’s goals also include working on HCC’s legislative agenda to bring a workforce center to the SouthShore campus and building the President’s Campus Advisory Board.

A wealth of experience and leadership

Born and raised in South Carolina, China graduated in 1981 from the United Methodist College in Greenville, N.C., with a Bachelor of Arts degree in science and

interdisciplinary studies. She earned a Master’s Degree in management from National University in Las Vegas six years later, and then moved on to the University of Texas in Austin as a Kellogg Scholar to take part in the school’s Community College Leadership Program.

“It’s the preeminent program in the country for community college leadership,” Witt said.

She had been encouraged by her mentor, Dr. James L. Hudgins, president of Midland Technical College in Columbia, S.C., where she was employed for years as director of financial aid, executive assistant to the president and member of the business faculty.

She graduated from the University of Texas with a doctorate in educational administration and focus on educational leadership in 1998.

Two-and-a-half years ago, China was invited to work on a report for HCC on barriers to student enrollment and the things the college could do to enhance and increase it. When the report was completed she was asked to stay on as interim dean of student services and was shortly after appointed to permanently fill the position.

China is single, an avid reader and a self-described “great cook” who resides with her 11-year-old Pomeranian, Coco Chanel, in Brandon.

“I’m excited to be joining the SouthShore campus and look forward to a successful tenure,” she said. “I have a great team here.” 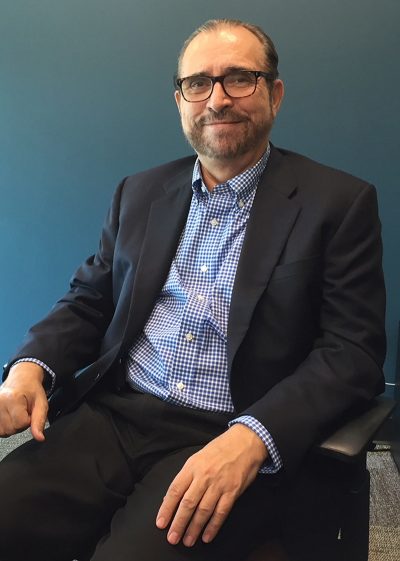 Witt has mixed feelings about leaving the SouthShore campus.

“This has been home since May 2009,” he said, noting he had previously served as academic dean for the college’s SouthShore Center since August 2007. During his tenure as president of the Ruskin-based campus, he oversaw its physical expansion and rapid growth in enrollment.

“I’m sad to leave, however a campus needs new eyes every decade or so to see new opportunities,” Witt said. “I was hired to grow (SouthShore) into a major campus, and I’ve done that. Now it’s time for me to move on to a marvelous opportunity at our flagship Dale Mabry campus.”

That growth included opening the campus’ Multipurpose Building with Dr. George Keith, SouthShore’s first president and opening its Science and Technology Center in 2015.

He was instrumental in starting the Lennard Academy with Edwin Olmo in 2008, a program that has grown from an initial 17 students to almost 300 this year. The academy enables students to earn an associate degree at no cost and graduate from the program a month before they formally graduate high school. Hillsborough Community College waives tuition and Hillsborough County Public Schools pays for books.

Witt also oversaw the creation of the campus’ nursing and emergency medical paramedic programs on campus, and helped it become HCC’s first campus to publicize senior-fee waivers, including special enrollment.

He was instrumental in the founding efforts of the Firehouse Cultural Center and moving its programs forward, served as president of SouthShore Chamber of Commerce and served five years on the South Bay Hospital board.

“Dr. Witt has been 100 percent involved in the community since the day he started at the SouthShore campus,” said Melanie Rimes, executive director of the SouthShore Chamber. “He’s been so involved you would think he’s lived here his whole life. I’m sad to see him go but happy he’ll still be living here (in Little Harbor).

“I’m confident Dr. China will fit right in here,” she continued. “She’s already joined our board to replace him.”