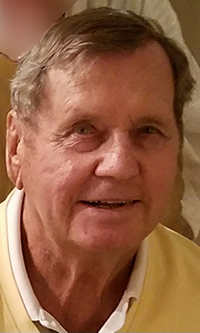 The Lord needed a solid second baseman for the heavenly senior baseball team so he called up Robert (Bob) Farrick of Sun City Center, Florida to fit the bill on Friday, November 3, 2017. Born in Whately, Mass. on June 2, 1929, Bob is survived by his beloved wife and best friend, Norma (Leeshock) Farrick, to whom he was married for 67 years (10/14/50), daughter, Roberta/Bobbie (Lou) Cesarek, son, Rick (Christine) Farrick and granddaughters Nikki (Jade) Peterson and Gabriella Farrick.

Bob graduated from Easthampton High School in 1948 where he was an outstanding athlete in soccer, baseball and basketball. At 17, Bob was drafted by the Brooklyn Dodgers and was assigned to the Pulaski Club of the Appalachian League in Virginia. Bob then played for two seasons in the Canadian League in Granby and Three Rivers, Quebec, Canada where he was Rookie of the Year in 1949 and, as short stop, was named to the All-Star Team. In 1951, Bob was slated to play winter baseball in Caracas, Venezuela but was drafted for the Korean War. Upon joining the U.S. Air Force, Bob was stationed at Sampson Air Force Base in Geneva, N.Y. where he played All World baseball for the next four years. After his discharge from the U.S. Air Force, Bob returned to professional baseball, playing two more seasons, one each in Schenectady, N.Y. and Salt Lake City, Utah where he was once again named to the All-Star team.

When the time came for baseball retirement, Bob settled in his hometown of Easthampton, Mass. where he entered into his wife’s family candy business in the sister town of Northampton in 1958. After working in the business as a confectioner for a number of years, Bob and Norma bought the family business, Norma Lee Candies & Gifts, in 1965, operating it in the same location until 1979 when Bob and Norma moved the business to Bennington, Vt. for one year before joining a candy company in Winnipeg, Manitoba, Canada the following year. Bob and Norma then returned to Northampton, Mass. before retiring to Sun City Center in 1993.

A full-time business man, husband and father, Bob took to golf at the end of his baseball career and, as his athletic talents might have predicted, he soon became a very accomplished golfer, sporting a low single-digit handicap that he carried for the remainder of his golfing career. Bob played for many years at Northampton (Mass.) Country Club before joining Hickory Ridge Country Club (Mass.), then Bennington Country Club (Vt.) before his final move to Sun City Center. While at the Northampton Club, he and his son, Rick, won the Vermont Low Gross Championship (1979) and the Connecticut Father & Son Championship (1985). Additionally, Bob was the only Massachusetts amateur to qualify for the 1992 United States Senior Amateur Golf Championship.

While in Sun City Center, Bob and Norma continued to enjoy a golf-filled lifestyle during which Bob continued his winning ways with success in many local golf tournaments, including a win at the MGA Member-Guest Tournament in 1999 with son-in-law, Lou Cesarek.

A private burial will be held on December 1, 2017 at the Sarasota National Veterans Cemetery with full military honors.

Virginia Ann Pepkowski (nee Krajewski), born April 29, 1934, passed away, peacefully, in her sleep on November 13, 2017. Beloved wife of Daniel L. Pepkowski — they had been married 65 years. Loving mother of Michael (Grace) Pepkowski, Cynthia (Pat) Roessler and Jeffrey Pepkowski who, predeceased her on May 1, 2017. She was a very special “Buszia” to Tori Roessler. Originally from Milwaukee, Wisc., she leaves behind a brother, Hank Krajewski, and sisters-in-law Hope Krajewski and Dolores Miscichowski and many nieces, nephews and friends. 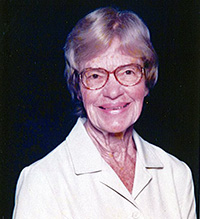 Gloria spent most of her career as a nurse educator. She was a school nurse/health educator in the Homer, N.Y. public schools. Later in her career she taught nurse assistants and consulted for long-term care facilities in Santa Barbara, Calif. Gloria’s enthusiasm and positive outlook on life were an inspiration to her family and all who knew her.

She is preceded in death by her siblings, Phyllis B. Cooper, Ardena B. Williams, and Joseph Burgett and son-in-law, Roger Maltese.

A memorial service is pending for after the New Year.

Contributions may be made to Ohio Living Home Health and Hospice, 38879 Mentor Ave. Suite A, Willoughby, Ohio 44094, or at www.ohioliving.org/foundation/donate 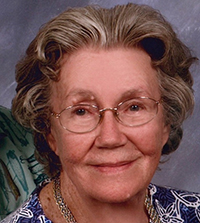 Betty Louise Gaskins, 87, of Ruskin, Florida, went home to be with the Lord, Sunday, November 12, 2017, in Ruskin. Betty was a 1947 graduate of Brandon High School and was one of five children. Betty was a Meter Maid for the City of Tampa from which she retired after 20 years.

She was predeceased by her parents and two daughters, Daneen and Drenda.

The family will receive friends for a Memorial Visitation Monday, November 20, 2017, between 1:30 and 2 p.m. at First Baptist Church of Ruskin, 820 College Ave. W., Ruskin, followed by a Memorial Service at 2 p.m. with Dr. Barry Rumsey officiating. Interment will be private at the convenience of the family.

The Gaskins family would like to extend our gratitude for the loving staff at Inspired Living Memory Care and the Sun City Center Hospice House for their attentiveness and loving care.

With the warmth and love you shared with us, you will always remain in our hearts. 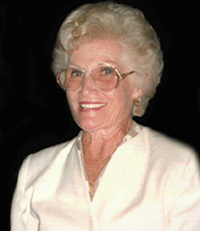 Helen K. Reaney of Sun City Center went home to be with the Lord on Monday, November, 13. She is survived by her sisters, Mary Michaels and Joan Holzman, both of Sun City Center, and 11 nieces and nephews. She was predeceased by her husband Thomas, brother Herbert Glynn, sister Lillian McNamara, her parents John and Lillian Glynn and her Godson, John Michaels.