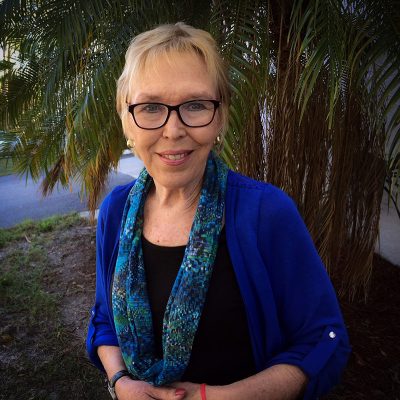 Lynne Conlan, a sales and marketing professional in both print and broadcasting, has been hired to lead the Sun City Center Area Chamber of Commerce. Her first day on the job is Nov. 27.

“We’re excited to have such a qualified person fill the executive director position,” said Connie Huber, chairwoman-elect for the chamber board and part of its three-member selection committee. “Her experience and education impressed us, and we felt she would be a perfect fit. I’m so looking forward to working with her in 2018.”

Born in Winona, Minn., Conlan grew up in the suburbs of Chicago. She graduated with honors from the University of Illinois Urbana-Champaign with a bachelor’s degree in broadcasting and a minor in English before starting a career in television, specializing in promotion, programming and on-air appearances.

Conlan enjoys making others laugh. In the late 1980s, she did a stint as a stand-up comedian on TV and had a part-time gig at clubs in the Boston area. She also hosted the televised Tri-State Lottery drawings.

In 1996 Conlan was transferred from WBAL-TV in Baltimore to MORE-TV 32 in Tampa, where she held positions as creative services director and director of programming until 2007. She left to start a company called Your Marketing Solutions, but it quickly became a casualty of the Great Recession.

For the next nine years, Conlan worked in newspaper ad sales, first for The Tampa Tribune, and then for The Observer News. She resigned from the latter to accept the chamber’s executive director position.

Throughout the years, Conlan has developed expertise in sales; marketing; promotion; event planning and execution; and customer service.

She’s over-the-moon about her new role.

“By working together with the board and chamber members, I know we can bring the chamber up to its next level of excellence,” she said. “I’m thrilled and honored to have been selected.”

Conlan expects to work closely with South Shore’s two other chambers and both directors look forward to that.

“I’ve known Lynne for 13 years, and I’m very excited for her,” said Melanie Rimes, executive director of the SouthShore Chamber of Commerce. “I look forward to working beside her. All of the businesses in our area win when we work hand in hand.”

Her counterpart in Riverview agrees.

“Lynne has the passion, energy and expertise to help the Sun City Center Area Chamber of Commerce continue to serve its community and members well,” said Tanya Doran, executive director of the Greater Riverview Chamber of Commerce. “We welcome her and look forward to working together.”

On a personal note, Conlan lives in Apollo Beach with her husband, George, and their two rescue cats, Sammi and Mojito. They’ve lived in the community for 20 years and have been married for decades.

“I met George on his third day in town after he moved from New York to Chicago,” she said. “I called my mom the next day and told her I had met the man I was going to marry. Poor thing, he didn’t stand a chance.”

“Much to my husband’s dismay, I’m a voracious reader,” she said, grinning. “I always have my head in something. I’ll read anything from a cereal box to novels to articles online. I’m in heaven at those $1-a-bag book sales.”