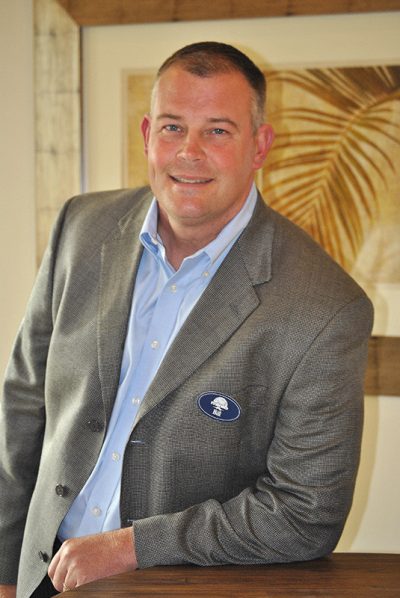 Are you ready for some fun sure to nourish your holiday spirit? On Saturday, Dec. 9, the Sun City Center Holiday Golf Cart Parade route will be lined with onlookers reveling in the creativity of participants. The theme this year is “Holiday Movie Magic and Memories.”

The parade begins at 10 a.m. at the Security Patrol parking lot, 1225 N. Pebble Beach Blvd., north to La Jolla Ave.; east on La Jolla to El Rancho Drive. Then, south on El Rancho to Ojai Avenue, west on Ojai, where it continues to Cherry Hills Drive. South on Cherry Hills to the bandstand.

For this year’s grand marshal, the parade committee selected Minto Communities Senior VP William Bullock. Minto purchased the remaining buildable land in 2010 and has been a key supporter of the community. Minto will leave SCC next year when the 27 Verona homes are completed. About being chosen, Bullock said, “Minto is very proud to be a part of Sun City Center’s rich 50-plus year history. Building homes in Sun City Center and completing this outstanding master planned community has been a rewarding accomplishment. It has been a real pleasure getting to know the many wonderful residents, and we have enjoyed sponsoring and participating in the annual Golf Cart Parade followed by the Winter Festival. It’s a real honor to serve one final time as the grand marshal for this year’s parade.”

Community Association President John Luper heartily endorsed the parade committee’s choice. “Sun City Center is reaching the end of an era with the last new homes being built by Minto. They leave us as a prosperous and successful community prepared to enjoy our retirement years. We appreciate their support and wish them well in their future endeavors,” he said.

Parade Chairman Howie Griffin added kudos on the Minto organization, noting that its donations of parade prize money ($2,000 this year) has attracted more participants. “Bringing the Minto Winter Festival to the CA Campus on parade day has also increased interest in the parade,” he said. This is Griffin’s first year chairing the committee and he was impressed at how well the members work together. “The returning folks know what to do and run with it, and the new ones are eager to learn from those before them,” he noted. “It’s nice to know there are community-minded volunteers who will step up to accept responsibilities involved in a community project like this.”

The Winter Festival immediately follows the parade in the Central Campus courtyard and continues until 1 p.m.  On tap to perform is Victoria Gentry with her special brand of musical entertainment, and 28 vendors will be on hand with a variety of offerings. This will be Minto’s 7th (and final) Winter Festival in Sun City Center.

In conjunction with the award of prizes, the Security Patrol will select a raffle winner for the Precedent Club Car now being displayed on the Security Patrol lawn at 1225 N. Pebble Beach Blvd. Tickets are $5 each or five for $20 and are available at the patrol office weekdays 9 a.m. to 2 p.m. Call 813-242-2020 for more information.

Registration forms for the parade are still available at the Community Association office and atrium ticket kiosk on N. Pebble Beach Blvd., and at both Kings Point North and South clubs. They are also available on the CA website (www.suncitycenter.org). Preregistration is encouraged, although late entrants will be accepted on parade day. For further details, email howkg22@aol.com with “golf cart parade” in the subject line.