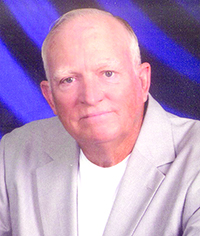 Lewis L. Briggs, 77, of Sun City Center, Fla., went to be with the Lord on Sept. 23, 2017. He was born in Ft. Worth, Texas, and he and his parents moved to Florida when he was very young. One of three children, he went to school in Brandon, Fla. where he played basketball and graduated from high school.

He worked at TECO for 30 years. After retirement he played golf and became interested in antique cars.

He married his first wife Carolyn and they had a family. She passed away in 2002 and in 2012, he married Tarri (Frye) (Briggs), a member of Trinity Baptist Church in SCC.

Lewis was a loving husband and father and friend to many. He is survived by his wife Tarri;   his son Mike (Deborah); four grandchildren, Austin, Madison, Gracie and Caitie Belle of N. Tampa, Fla.; sister Virginia of Ft. Lonesome, Fla.; and several nieces, nephews and cousins. He was predeceased by his brother Charles.

A memorial service was held at Trinity Baptist Church in SCC Fla., on Oct. 3, 2017. He will be missed greatly by many.

Dolores Estelle Allen passed away peacefully on Wednesday, September 26, 2017, at home in Sun City Center, Fla. She was born on August 27, 1918, in Chaffee, Mo., the fourth of six children born to Claude and Edna Coker. Beloved wife of 71 years to Ron V. Allen, a U.S. Army World War II and Air Force veteran, who passed on December 7, 2011.

She was the matriarch of a family of two sons, Glenn and Darrel Allen; two daughters-in-law, Kitty and Sue Allen; four grandchildren and their spouses, Michelle and Mark Grunberg, Barbara and Paul O’Donnell, David and Heidi Allen, Mark and Karen Allen; and six great-grandchildren, Natalie, Zachary, JC, Jackie, Brian and Melanie —all who loved and respected her deeply.

Dolores spent her adult life as a military wife and homemaker, raising her family during World War II, the Korean and the Vietnam wars. Both her sons served in the Vietnam War and retired from the Army. Dolores moved many times in her military service life. Despite many hardships during the war years and her husband’s deployments, often on her own, she always provided a warm, comfortable and safe home for her family.

Dolores will be missed. She recently celebrated her 99th birthday with friends and family. She was a kind, considerate woman who loved and cared deeply for her family and friends. She also loved the elements of the beach: the wind, the surf, the sunsets and the sounds of the birds. She could sit for hours and absorb this natural beauty, and be completely at peace.

Her family’s prayer is that Mom is now in heaven with Dad, watching over them just as she did all their lives. A private family service will be held in Dolores’ memory. In lieu of flowers, the Allen Family suggests memorial contributions may be made to the American Cancer Society.  Online condolences may be expressed to the Allen Family at:  www.nationalcremation.com/location/ruskin 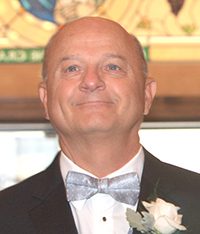 Andrew Adam Hebel (Mick) peacefully passed away after a lengthy illness on Friday, September 29, at his home in Kings Point. He was born in 1946 to his parents, Andrew and Catherine Hebel, in Peru, Illinois.

He received his bachelor’s degree from St. Benedicts in Atchison, Kansas, in 1968. He then served two years in the US Army.

He last worked as a certified financial advisor for American Express Financial. His final position was Field Vice President. He was responsible for many offices throughout Illinois, Indiana and Kentucky. He retired at age 55, and he and his wife, Ruby, traveled extensively in the States and abroad.

The Hebels eventually moved to Kings Point, in Sun City Center. Mick loved tennis and played for over 30 years. He volunteered extensively. He served at the Sun City Emergency Squad, acting as ambulance driver, assistant CFO, assistant chief and on the Board of Directors. He also coordinated memory screens from the Byrd Alzheimer’s Institute, and he served on his condo HOA.

He was preceded in death by his first wife Janet (mother of his children), and his father, Andrew Adam Hebel Jr.

A Funeral Mass will be said for Mick on Oct. 17 at Prince of Peace Catholic Church at 1 p.m. The officiant will be Father Mike Welch of St. Christopher’s Parish in Indianapolis, Indiana. Mick and Ruby were members of St. Christopher’s for 16 years. A military flag ceremony will be held in the church parking lot, and a light lunch will be served at the church hall.

In lieu of flowers, please make donations in his name to the Sun City Center Emergency Squad. 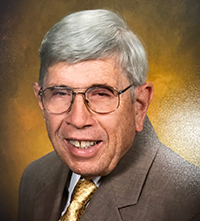 Robert L. Barriger went to be with his Lord on October 5, 2017 in Sun City Center, Florida. Bob was born on November 28, 1935 to Claude and Lillian Barriger in Pontiac, Michigan. He grew up in Michigan and met the love of his life, Beverly Nemec, at a dance in downtown Detroit. They were married on July 15, 1967 and recently celebrated their golden wedding anniversary. Bob and Bev lived in Birmingham, Michigan until his retirement from the Walled Lake Public Schools in 1994. Bob worked in maintenance and was known particularly for his strong work ethic, integrity and carpentry/flooring skills. During the years in Michigan, Bob was active with the American Youth Hostels and enjoyed the great outdoors — camping, bicycling, hiking and skiing with his love Bev.

Bob and Bev moved to Sun City Center in 1994 where he joined the Security Patrol, wood carvers, square dancing groups, bicycling and horseshoes. As a member of the Men’s Club, he installed phones for Lifelink. He was a longtime active and faithful member of St. Andrew Presbyterian Church, He will be remembered as a loving and caring man, devoted husband, and friend to all he met. Bob lived a very active life despite many great health challenges. His amazing positive attitude, strong determination, great faith, quick wit, and wonderful sense of humor is an inspiration to family and friends.

Bob is survived by his loving wife, Beverly; brothers Douglas (Ellen), George, Jim (Jeanette), and sister Elizabeth along with many nephews and nieces, grand-nephews and grand-nieces, cousins and friends. He was greeted in Heaven by his parents, sisters Mary Joyce Sampson and Nancy Steward along with his brother Charles. 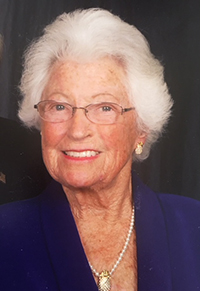 On Sunday, October 1, 2017, the world lost a woman defined by grace, elegance and intelligence. June Cosgrove Hefti was born in Malone, N.Y. on June 9, 1928, and it soon became clear that this was no ordinary girl. Excelling in academics, June enrolled at St. Lawrence University at the tender age of 16 and graduated with honors in 1948 at the age of 19. A proud member of the Kappa Delta Sorority, it was in Miss Leliepvre’s French class at St. Lawrence University that June met the love of her life, John (Jack) Quentin Hefti, who had recently returned from serving in the U.S. Navy in World War II.

While Jack finished his studies at St. Lawrence, June taught Latin and English at Canton High School. After moving back to Scarsdale, N.Y., Jack’s hometown, the couple moved on to White Plains, N.Y. where Jack became a banker while June continued to teach. Always active in civic charities and sports, June was a charter member and president of the White Plains Ski Club and Junior League. She was also an avid tennis player and golfer.

In the 1960s, the family lived in Middletown, N.Y. where June was President of the Middletown Day Nursery and Co-Founder and President of the Middletown Aide Organization. Eventually, the family moved into a beautiful Colonial home in Maplewood, N.J. where Jack continued his career as a banker and June worked for the Chubb Group of Insurance Companies in foreign and domestic accounting.

The family traveled back and forth to Cape May, N.J. before buying a home there in 1982. Never one to sit around and watch the paint dry, June soon took her real estate license and began selling properties and homes in the resort town, while staying active with golf and tennis.

Always looking for a new academic project, June soon took to researching her family’s genealogy and joined the National Society of the Daughters of the American Revolution (NSDAR).

After June retired from real estate in 1991, she and Jack moved to Delray Beach, Fla., where June continued with her community activities, serving as Regent of the Boca Raton-Estahakee Chapter of the NSDAR. June also served as chapter librarian and Chair of the chapter’s National Defense Committee.

June remained active in the Boca Raton, Delray Beach and Palm Beach communities until she and Jack moved to the West Coast of Florida to be closer to June’s sister Elaine Cosgrove Humphreys, and brother James Parker Cosgrove, in Sun City Center, Fla. Together for almost seventy-one years, Jack passed away just eight months before June joined him on Sunday, October 1.

Always the consummate professional, June took her family duties as seriously as anyone ever has. She knew the birthdays of her many nieces, nephews and grandchildren and attended as many of their graduations, weddings, confirmations and birthday parties as she could fit into her calendar.

The unofficial family registrar, June kept copious notes and details on every member of her immediate and extended family. An indefatigable cheerleader, June always encouraged everyone in her family to do their very best and to give life their all. Borne of June’s boundless love and devotion to family, these are the qualities that will be missed most of all about June; and they will be missed from here to eternity.

Burial and reception at Malone Country Club will follow the service.