World Rowing Championships kick off on a high note 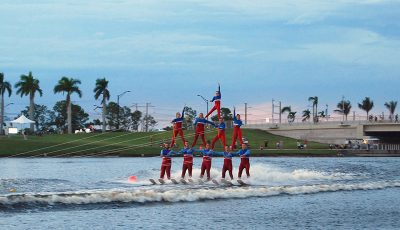 Workers were putting the finishing touches to the facilities at Nathan Benderson Park in Sarasota last Saturday morning as they rushed to be completed before visitors to the 2017 World Rowing Championships arrived.

All the preparations for the week of international rowing competition were finished for the nine-day event that ends Sunday, Oct. 1, with the last of the finals.

An estimated 10,000 visitors showed up for the first day last Saturday to watch the Youth Regional Challenge rowing event, wander through the Fan Fest area of venders and sample the wide variety of local cuisine from several food trucks.

Many of them stayed into the evening to watch the spectacle of the Opening Ceremony.

The evening was capped off with a spectacular fireworks display that lit up the sky as visitors made their way back to their vehicles.

But the big event of the week was the elite athletes who came from 70 countries to compete in the World Rowing Championships, which are held between Olympic years.

A women’s quad rowing team heads down the course last Sunday during the Youth Regional Challenge held in conjunction with the 2017 World Championships at Nathan Benderson Park in Sarasota.

Bradenton Mayor Wayne Poston, who was enjoying the first-night opening ceremonies, said he was on the team that went to Switzerland to pitch the Nathan Benderson Park facilities for the 2017 rowing championships.

“This event will showcase the Sarasota-Bradenton area for a lot of visitors, and some are sure to come back,” Poston said. “The athletes will tell their friends and family about how wonderful our area is.”

This is only the second time the World Rowing Championships have been held in the United States. The last time was 23 years ago.

The Youth Regional Challenge, a USRowing-organized event, was held last Saturday and Sunday.

The youth event featured 308 of the top under-19 men and women rowers from across the six USRowing regions, racing in eights and quadruple sculls.

The World Rowing Federation or FISA (Fédération Internationale des Sociétés d’Aviron) is the international organization that governs the world sport of rowing. 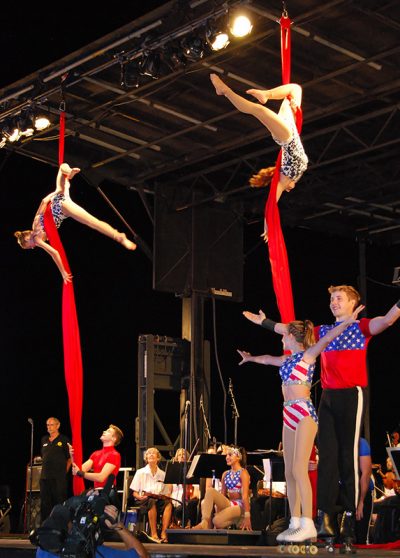 Students of The Circus Arts Conservatory Sailor Circus program perform last Saturday during the Opening Ceremony of the 2017 World Championships being held at Nathan Benderson Park in Sarasota.

USRowing, which is sponsoring the 2017 World Rowing Championships in Sarasota-Bradenton, is the United States representative on FISA.

Although no World Rowing Championships’ teams practiced at the Fort Hamer rowing venue in Manatee County, teams from the youth rowing event took advantage of the county-owned facilities last Thursday and Friday to prepare for the Youth Regional Challenge.

“The Fort Hamer facilities couldn’t be nicer,” Chase said. “They offered up new equipment for us to train with.”

He said Trish Chastain, founder and head coach of the Manatee County Youth Rowing organization, could not have been any more accommodating.

Chastain and the youth rowing organization manage the boathouse at Fort Hamer for Manatee County.

Clark Dean, 17, a competitor from the Sarasota Crew rowing club, also was impressed with the Manatee County facilities.

“They have a great boathouse,” Dean said. “We basically have a couple of tents.”

“I started rowing the summer before sixth grade,” Dean said, “and I got hooked pretty quick.”

Dan Brauchli, manager of communications and marketing for USRowing, said this was the first time the Youth Regional Challenge was held.

“The thought behind it was to provide racing opportunities for young rowers at a world-class venue, during an event that hasn’t happened in the United States in 23 years,” Brauchli said.

“It’s also an opportunity to provide one extra piece of inspiration for the young athletes that they otherwise would not have experienced,” he said.

The USRowing youth rowing program in the United States is the foundation for future Olympians and national rowing athletes, Brauchli said.