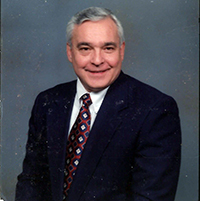 Jack Edward Kehl, Sr. went to be with his Lord and Savior Sunday, September 10, 2017, in Sun City Center, Florida.

Jack was born to Raymond and Mary Kehl in Monroe County, Ohio in 1941. Raised in Ashland, Ohio with older sister Nancy (deceased), and brother Gary of Sebastian, Florida. Jack married his lifelong sweetheart Connie and enjoyed 57 years of marriage. Together they had three children, LeAnn (Carl), Jack Jr. (Maria), and Mindy (Kenny). Jack and Connie have eight grandchildren and seven great-grandchildren. He is survived by loving in-laws, nephews, nieces, and friends. Jack retired from a long career in the sporting goods/golf industry.

Jack was a loving husband, father, and friend who will be greatly missed by all who knew him. Arrangements by Zipperer’s Funeral Home.

Richard Eugene (Dick) Seagrave of Sun City Center, Fla., passed away on Friday, September 8, 2017. Dick was born May 2, 1936 in Middletown, Conn., the son of the late Eugene and Adele Seagrave. He was predeceased by his brother Bill Seagrave.

Dick was a devoted son, brother, husband, father, grandfather, uncle, cousin and friend to many. He is survived by his loving wife of almost 50 years Margaret B. (Peggy) Seagrave, and daughter Charlotte High of Newbury, N.H. (fiancé Jon St Francis and family), daughter Mary Beth Doherty of Westfield, N.J. (husband Joe). He was Papa to Ruby and Lea High and Erin, Quinlan and Jack Doherty. Brother to Raymond Seagrave (Barbara) of Massachusetts.

Dick was a graduate of Woodrow Wilson High School, Middletown, Conn., a proud graduate of The College of the Holy Cross (1957) and a U.S. Army veteran. He received his Master’s Degree in Hospital Administration from George Washington University in Washington, D.C. (1972).

During their 50 years of marriage, Dick and Peggy enjoyed many travels across country and cruising as well as living in many states on the East Coast. Dick formed many lifelong friendships during these travels.

In lieu of flowers, contributions may be made to The College of the Holy Cross, 1 College St., Worcester, MA 01610 or the Sun City Center Emergency Squad, 720 Ray Watson Dr., Sun City Center, FL 33573. 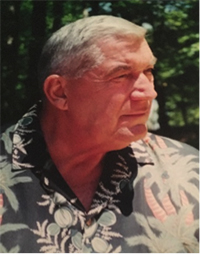 John August Frobose, III, of Sun City Center, Florida and formerly Dunwoody, Georgia, passed away on September 17, 2017 at the age of 85. “Jack” was born in Nutley, N.J. on January 24, 1932. He is survived by his wife of 55 years, Helen Ann Ellis Frobose. He has two sons, John August Frobose, IV, and Brent Frobose and two daughters Julie Rhinehart and Annie Wehr. He has 10 grandchildren and one great-grandson.

Jack was a Marine who served from 1951 to 1954 and he was sent to Korea in 1954. Upon return, he studied at Bowling Green State University in Bowling Green, Ohio. It was there where he met Helen Ann (HA). Jack retired from the Campbell Soup Company after 20 years and moved to Dunwoody, Ga., and started his professional sales career. Jack retired with many awards and in 1999, moved to Sun City Center, Fla.

Jack was a volunteer fireman for most of his life and had a love for singing. He joined the Stone Mountain Barbershop Chorus, became President, followed by President of the entire Dixie District and was inducted into the Dixie District Barber Shoppers Hall of Fame in Nashville in 2013. Upon moving to Sun City Center, Jack started a local chapter of Barbershop calling it “Par for the Chorus.”

Jack was Chief of the SCC Emergency Squad and continued helping there for 15 years. He was part of many organizations including Knights of Columbus, Men’s Club, Chamber of Commerce and The Marine Leatherneck Association.

A Funeral Mass will be held at 11 a.m. on November 25, 2017, at Prince of Peace Catholic Church in Sun City Center. A reception celebrating his life will follow in the Banquet room at the Kings Point North Club. In lieu of flowers, contributions can be made to the Sun City Center Emergency Squad, 720 Ray Watson Drive, Sun City Center, FL 33573.

Jackson C. Kickliter, 84, went to be with the Lord September, 20, 2017. Jack was a native of Florida, born in Ruskin and a life-long resident. Jack served in the U.S. Air Force. 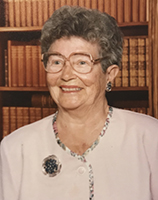 The former Flo Link was born on May 10,1920 in Halltown, W.Va., to John Allen Link and Lula Claggett Moore. Florence graduated with honors from Shepherdstown High School and attended Shepherd University in Shepherdstown, W.Va.  After a brief time of teaching, Florence married John (Jack) Lally and moved to Youngstown, Ohio.  Florence was a member of Westminster Presbyterian Church in Boardman, Ohio where she was very active in serving as a deacon, trustee, President of the Women’s Association and numerous other committees.  She was also active in the Republican Women’s Club where she served as President, and was a chairman of the Mahoning County Mother’s March of Dimes and as an outreach volunteer for widowed persons in the Youngstown area.

After her husband’s death in 1985, Mrs. Lally married Ivan Blevins and moved to Sun City Center, Fla., where she was an active member in St. Andrew Presbyterian Church and served as deacon, circle leader, and Bible study teacher.

Florence Blevins was preceded in death by her parents, siblings Boelter and Cecil Link, Madlyn Jackson, and two nephews, David and Junior Link, all of West Virginia, and both of her husbands. Florence is survived by her son, John Lally of Marietta, Ga.; daughter, Madlyn (Lyn) Patrick of Hernando, Miss.; two grandchildren, John and Jeff Lally of Atlanta, Ga.; and her dearest friend, Dot Eye of Shepherdstown, W.Va.

A memorial service will be held for family and close friends at St. Andrew Presbyterian Church in Sun City Center, Florida on Thursday, September 28, 2017 at 9 a.m. Mrs. Blevins will be interred in the Forest Lawn Cemetery in Boardman, Ohio.

In lieu of flowers, Mrs. Blevins has asked individuals to please make a contribution to a charity of their choice.

Janet Elaine Smellegar, 75, of Sun City Center, Fla., passed away on September 21, 2017, of natural causes. She experienced a rapid decline in health due to complications of several medical conditions.

Jan was born January 25, 1942, in Suffern, N.Y., to Gladys and George Murdock. She grew up on a dairy farm in Rockland County, N.Y., and attended Spring Valley High School, graduating in 1959. She then attended the Katharine Gibbs School in New York City for two years. Over the next few decades she took continuing education classes in computer science, floral arranging and dog grooming. For many years she worked as a secretary in the accounting and legal fields as well as for the State of New York.

She married Robert John Smellegar on July 1, 1961, whom she met while she was 16 and he was home on furlough from the Navy. They had two children, Lori and Jay while living in Rockland County, N.Y. They moved to Orange County, N.Y., in 1978 and resided there until 2000 when they retired to Hillsborough County, Fla.

Over the years she was active in organizations including the Orders of the Eastern Star and Amaranth, as well as the Girl and Boy scouts. She served as a welcome ambassador for Aston Gardens.

Jan was preceded in death by her husband and son. She is survived by her daughter, Lori Holdren, of Eagle Creek, Ore.; her brother Charles Murdock, of Tucson, Ariz., and grandchildren Shawn and Brianne. A memorial service was held on September 23, 2017 at Aston Gardens.

She was a kind, thoughtful person who was always smiling and went out of her way to help others. She is loved by all who knew her and will be dearly missed.