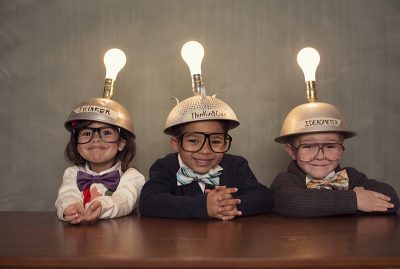 Photo courtesy of John Fontana
Kraftologee, a new family-inspired eatery in Riverview, offers food and craft beer for the adults and a creative lab for the kids.

Combine a coffee house, a craft brew house and kids’ creativity lab and you have one of Riverview’s latest family fun stops – Kraftologee.

It’s a gathering place for adults, said owner John Fontana, but there is also a children’s creativity lab to keep the young ones busy while their parents enjoy some socializing and good food and local brews.

The idea is to provide a setting that works for everyone.

Children 18 months to 12 years old can enjoy time together and participate in various age-appropriate activities, including arts and crafts. “They are separated by age,” Fontana said. “They have plenty of creative things to do.”

Kraftologee, located at 10312 Bloomingdale Ave., near the Super Target, opened June 1 and has had a steady flow of customers. 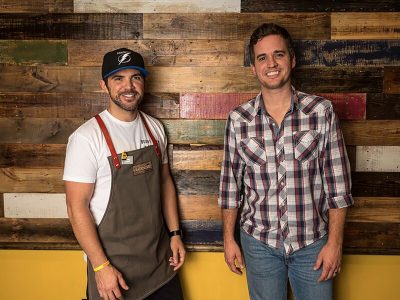 Photos courtesy of John Fontana
Owners John Fontana, left and Chris Harman opened Kraftologee in June. The idea behind it is to give adults time for coffee and business, church groups or meetings with friends, while keeping the children nearby having fun.

“We own another company called Bricks for Kids where we teach school subjects with Legos,” Fontana said. “It’s located in South Tampa, but we are mobile. We can go where the kids are.”

Seeing parents relax while kids focus on their Lego sculptures gave Fontana the idea for opening Kraftologee, he said.

“The kids are in a place nearby where the parents don’t have to worry about them.”

Kraftologee has quality coffee and a menu created by the executive chef at the Hard Rock Café, Winter said. “We want it to be a stand-alone on its own accord but with the kid zone. For $10 you get a couple hours to meet with your church group, have a business meeting, or whatever you need to get done while the kids have fun.”

Already, Kraftologee has received more than 140 five-star reviews online and has 2,500 Facebook followers. “Right now, we are trying to grow and get the word out,” Fontana said. “So far, we’ve had very good responses.”

Menu items include avocado hummus, bacon-wrapped jalapeno bites, salads and hot and cold sandwiches. “We’re now rolling out burgers, quesadillas and chicken wings and we have televisions and free Wi-Fi.”

Patrons can go for coffee in the morning and get some work done on their laptops – there are espresso machines – or stop by for lunch. 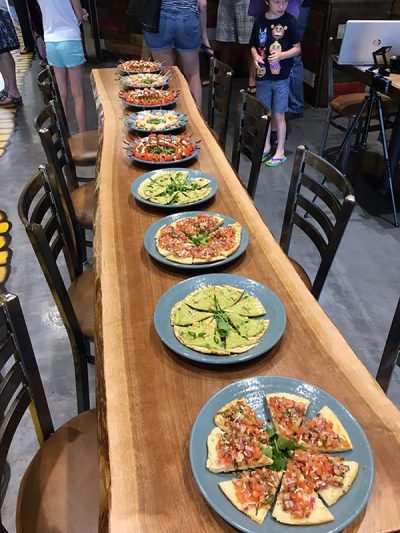 “I would say it’s like a coffee-house look and setup,” Fontana said. “We have the coffee bar with espresso machines, but we also have unique features like our multicolored wood pallet wall, which is bright, but not childish. And the kids’ side is very bright and colorful.”

“Most customers have kids, but a lot come in for the Buddy Brew coffee. We are the only place in the area that serves it. People also come in for food.”

The busy times vary, with Sundays being the busiest days.