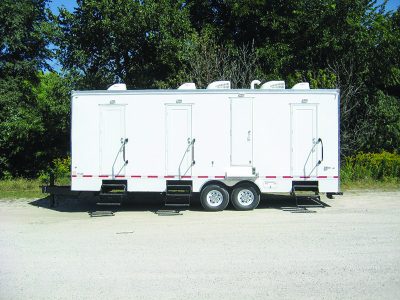 Riverview’s Clyde Jensen is raising funds for a mobile shower unit for the homeless similar to this one, used in Palm Beach County By Chris Bentley and his Live Fresh nonprofit organization. The units cost $50,000 delivered. A golf tournament at Summerfield Crossings Golf Club Oct. 7 kicks off the fundraising.

For the past couple of years, ever since he hatched the idea of starting a nonprofit to help people in his community, Clyde Jensen has been using his own money to pay electric bills for struggling single moms and others who need a hand up.

Man Down Man Up Mission, Inc., as his nonprofit is called, is taking it up many notches. This time, the former owner of the Riverview and Plant City Cherry’s Bar and Grills is raising money to purchase a mobile shower unit for the homeless. It is not an inexpensive endeavor.

To kick off the fundraising, Jensen is hosting Cherry’s Summerfield 10-Year Golf Tournament Reunion and is hoping to raise about $10,000 of the $50,000 he needs to buy the trailer, which has six full restrooms in it – on wheels.

“We used to do a golf tournament every year when we were at Cherry’s. We did it to donate money to groups like the Ruskin Migrant Workers Association and other various local charities,” Jensen said. “We’re calling it the 10-year reunion because we haven’t done it in 10 years.”

The public is welcome to join the former Cherry’s Summerfield wait staff to play in the tournament, which is scheduled for Saturday, Oct. 7, with a shotgun start at 1 p.m. right after lunch. Dinner will be served at 5:30 p.m.

The cost for the tournament is $85 per golfer or $300 per foursome and includes lunch and dinner. Jensen said 100 percent of the proceeds will go toward purchasing the mobile shower trailer.

Now a managing partner for Ameriprise, Jensen said he first got the idea of purchasing the mobile shower trailer when he saw something on the internet about a man in Texas who built one for his community.

Because of the time and resources it would take to build such a unit from scratch, Jensen decided to keep researching and found an organization in South Florida called Live Fresh that is using mobile shower units. After speaking with the founder, he decided to purchase the trailer from the same company Chris Bentley purchased his from for Live Fresh. 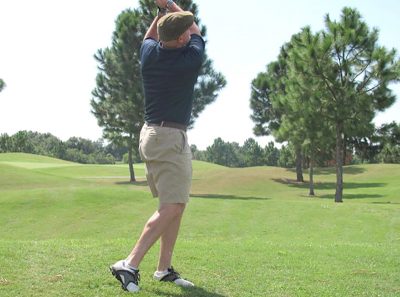 Photos Courtesy of Clyde Jensen
Riverview businessman Clyde Jensen is raising money to purchase a mobile shower unit for the homeless. He is kicking off the fundraising with a golf tournament Oct. 7 at Summerfield Crossings Golf Club. Below are photos of what the bathrooms on the mobile shower trailer will look like.

Bentley, who is from Palm Beach County, said he first got the idea while attending school in New York City and realizing that the homeless there were sorely lacking in such charity. So, he came home and started the nonprofit and now works with churches throughout South Florida to provide the trailer.

“It always makes you feel better to have a haircut, a fresh shower and clean clothes, so when you look in the mirror, you like what you see,” Bentley said. “How do we bring that to the community?” By putting bathrooms on wheels and taking them to the homeless, he said.

But, first things first. First, Jensen needs to raise the big bucks. The tournament, which he hopes will draw 144 golfers, will be that first step.

He will then make a presentation in Tampa before a group called Florida Alliance of Community Development Corporations, a nonprofit out of Jacksonville.

“They selected me and 15 other participants to put together a presentation to do at the Tampa Convention Center at the end of October, and what they do is parade through philanthropists and investors,” Jensen said. “Some of the people coming there to present will tell what they need money for, whether it’s low-income housing or whatever their project is,” he said. “Mine is the only project showing up there that is a true nonprofit — not looking for return on investment.”

He could potentially get the rest of the money he needs to get the shower unit constructed and delivered.

Jensen said he does not yet have other fundraisers planned, but he is going to also host an annual fundraiser in March or April 2018 that local people can enjoy, to help raise the needed funds for the shower trailer.

He is still seeking a sponsor for a hole in one and for door prizes during the tournament. Contact him at clyde_jensen@yahoo.com.

To sign up for the tournament, call Summerfield Golf Club at 813-671-3311 or go to www.cherrysgolf.ezregister.com. 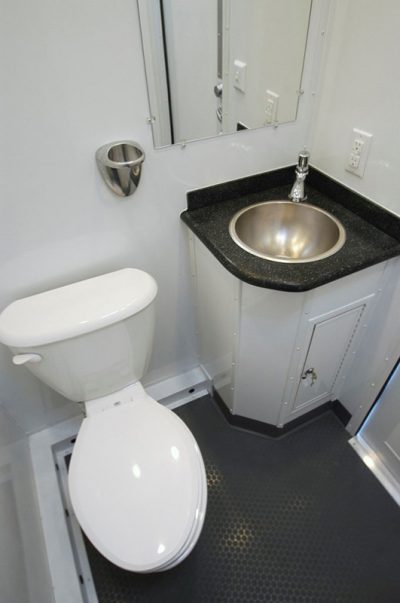 Photos show the exterior and interior of a mobile shower unit that can be used by the homeless in our area. 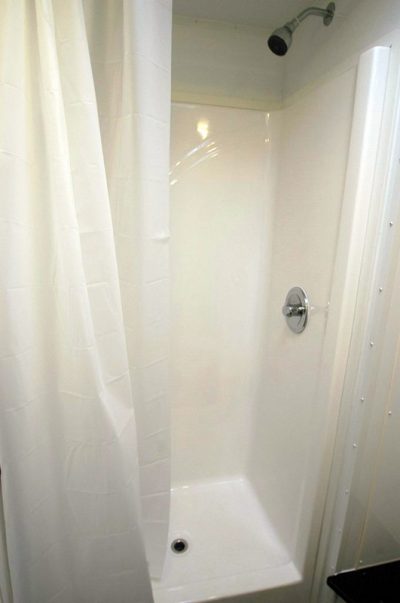