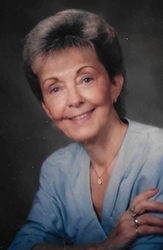 Marcia R. Shellenbarger, 90 of Sun City Center, Fla., and formerly of Arlington, Ohio, passed away August 24, 2017. She was born on January 12, 1927 in Madison Township, Hancock County, Ohio to Ira and Mary (Nesler) Rettig.

Ms. Shellenbarger was a graduate of Arlington High School and the University of Findlay. She was an elementary school teacher at Arlington Local Schools, retiring after 27 years of service. She was a former member of the Good Hope Lutheran Church in Arlington and currently a member of the United Methodist Church of Sun City Center, Fla.

Dorothy Walzer Roessel, of Sun City Center, Fla., died on July 27, 2017, at age 104. She was born in Irondequoit, N.Y., to Eugene and Ethel Metcalfe Walzer. She was predeceased by her husband Milton L. Roessel and siblings Howard Walzer and Isabel Caldwell.

She graduated from the Genesee Hospital School of Nursing in 1934 and was a resident of Sun City Center for 40 years. She is survived by daughters Judith (Richard) Agnello of Newark, Del. and Vine Valley, N.Y. and Susan (Gene) Gibson of Ambler, Pa.; five grandchildren; and seven great-grandchildren. 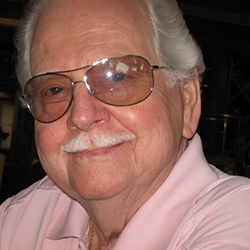 He and his wife, Josephine, had a successful entrepreneurial career, owning two manufacturing companies in Beech Grove and Carmel, Indiana.

Bill was an avid lover of movies, music and art. He was a self-taught portrait artist and member of the Sun City Center Art Club and Indianapolis Art Club. He won several “Best-in-Class” awards.

Bill, and the love of his life, Josephine, retired in Florida in 2005. He is survived by his wife of 41 years, nine children, 19 grandchildren and eight great-grandchildren. 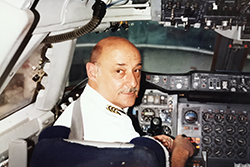 Manfred H. Stimmel, 80, of Sun City Center, Fla., passed away August 23, 2017. He served in the United States Navy as a pilot and retired from TWA Airlines after 37 years of service. He was a member of the TWA Retired Pilots Association (TARPA) and was a volunteer for the Sun City Center Security Patrol. 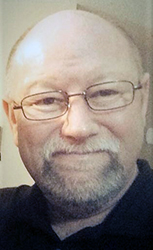 Mr. Slack worked as an operations manager for the ISC call center.

A memorial service will be held at noon on Saturday, September 2, 2017 at Norris Funeral Services, Martinsville Chapel, with Pastor Michael Harrison officiating. Visitation will be held one hour prior to the service from 11 a.m. to noon.

Norris Funeral Services and Crematory of Martinsville, Va., is serving the Slack family. Online condolences may be made at www.norrisfuneral.com. 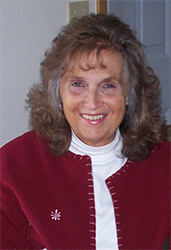 MaryAnn was a graduate of Springfield High School, Class of 1960. Together, MaryAnn and Bob owned and operated Reco Sporting Goods in Springfield and had many dedicated customers. MaryAnn was a dedicated wife, Mother and Grandmother. She was an avid collector of cookbooks and enjoyed playing cards and hanging out with the Girls.

A celebration of life will be held Thursday, August 31, from 6 to 8 p.m. at Alpha House Pizza, 1312 Apollo Beach Blvd # E, Apollo Beach, FL 33572. In lieu of flowers, the family requests you please make a donation in MaryAnns memory to the charity of your choice.

Fort Hamer Bridge opening has rain delay; but only for vehicles

Observations: Zen and the art of ‘You’re welcome’