Donna Jean Kennedy, age 90, went to be with our Lord and Savior on August 14, 2017. She was preceded by her beloved husband Ray, her devoted son Ron, parents Booker and Susie Riffe and numerous family members she loved dearly that she can now rejoice with in Heaven.

Our mother was devoted to her church and was a member of First Baptist Church in Ruskin, Fla.

In lieu of flowers, donations can be made in Mom’s honor to First Baptist Church of Ruskin, 820 College Ave. W., Ruskin, FL 33570.

In lieu of flowers, memorials may be made to the Marine Corps Heritage Foundation, 18900 Jefferson Davis Highway, Triangle, VA 22172. Arrangements by Sun City Center Funeral Home 813-634-9900. 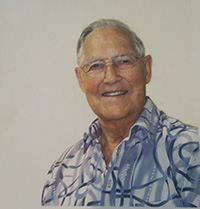 His lifetime career was spent as a master carpenter, specializing in historical restoration. He owned Wilbert Lumber Company and Wilbert Custom Mill Works. In his retirement he was employed as a Realtor in Sun City Center.

Don enjoyed hunting, fishing, golf, traveling, woodworking and being with family and friends. He served as past president of the Sawdust Engineers, and was a volunteer for the Sun City Center Security Patrol, Meals on Wheels and past vestry member of the Episcopal Church. His greatest joy was assisting family with the construction and renovations of their homes.

In lieu of flowers,- contributions may be made to the Sawdust Engineers, 1009 N. Pebble Beach, Sun City Center, FL 33573. 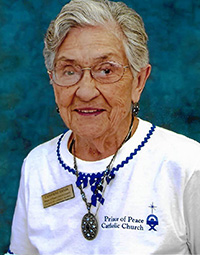 Our mom was a social, active person who was deeply involved in various activities at Prince of Peace Catholic Church in Sun City Center after raising her family and retiring. She worked for the IRS in Atlanta, Ga. before retiring to Florida. Mom enjoyed being with people and was the life of the party. Her family and friends will always remember her for her Christmas decorating and parties and her little gifts of soup, tomatoes and cakes that she would take to all her friends.

Cathy worked every Saturday at the Our Lady of Guadalupe Catholic Church Food Pantry in Wimauma and was known to all the kids as the “hat lady” for the crazy hats she wore. She also loved her card parties and socializing with her many friends. Mom will be greatly missed by everyone.

Funeral Mass will be held at 11 a.m., Wednesday, Aug. 23, 2017, at Prince of Peace Catholic Church, 702 Valley Forge Blvd., Sun City Center, Fla. The family would like to thank all those who provided support and comfort to mom and the family during these difficult days. In lieu of flowers, memorials may be made in Catherine’s name to any of the following: Batten Disease Support and Research Association (BDSRA), in memory of Travis Jack Fair, 1175 Dublin Road, Columbus, Ohio 43215; Our Lady of Guadalupe Catholic Church Food Pantry, 16650 U.S. 301 S., Wimauma, FL 33598; or Prince of Peace Church. Arrangements by Sun City Center Funeral Home, Sun City Center, FL 33573. 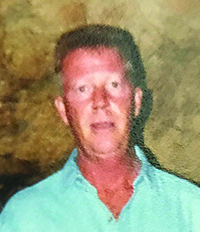 Wayne Lester Tanner, 65, of Wimauma, passed away Monday, August 14, 2017, at home surrounded by his loving family. Wayne worked with the family business as a second-generation tropical fish farmer at Lester and Sons Tropical Fish for more than 20 years. He eventually took the business over and the farm became Wayne Tanner Tropical Fish where he raised and produced award-winning tropical fish such as the longfin rosy barb, hi-fin sunset, and the hi-fin red wag platy. Wayne took a lot of pride in the quality of his fish. He was a very determined and hard worker. He loved the farm — it has been his pride and joy.

Wayne enjoyed his rides to Bahia Beach and Simmons Park to watch the sunsets. He also loved snorkeling Florida’s freshwater springs. He took pride in raising his two daughters, was blessed with great son-in-laws and three wonderful grandchildren, and he loved them all so much. 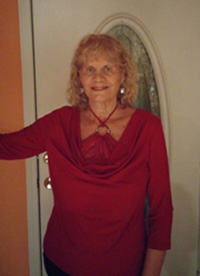 Wanda Lee Timperley, 75, of Apollo Beach, Fla., formerly of Williamsburg, Pa., and Philadelphia, Pa., passed away Wednesday, Aug. 16, 2017 at her home following a short battle with pancreatic cancer. She and her husband James C. Timperley, would have celebrated their 40th wedding anniversary on Sept. 10.

She was born in Williamsburg, Pa. on Jan. 31, 1942, daughter of Daniel and Sara Aurandt. She was employed by and retired from the Federal Government in Pennsylvania. She and James then moved to New Jersey and enjoyed their retirement. She was there for four years before she and her husband moved to Florida to be closer to their daughter and granddaughters.

She is survived by her husband James, daughter Lisa Valentine (Steven) and her  two granddaughters, Sophia age 5 and Savannah age 3 of Valrico, Fla.;  sisters, Shirley Kurtz-Flaugh and Sara Lower; and brothers Daniel and Kenneth Aurandt.

There was a celebration of life at the Southshore Falls Lifestyle in the Wellspring Clubhouse Sunday, August 20.

There will be a service for immediate family at National Cremation in Ruskin.

Across the nation, Americans experience a slow-motion cosmic Pac-Man