Due date for new Riverview library pushed to 2020 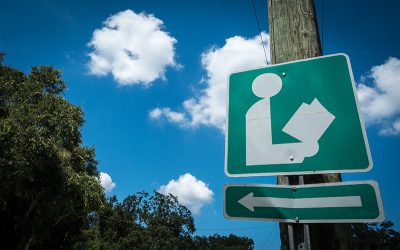 Riverview Library buffs will have to wait a little longer than originally announced to get a new media center. Hillsborough County library officials now say the new library going up soon on Balm-Riverview Road won’t be complete until 2020.

The tentative opening date had previously been announced as mid to late 2018.

Officials are organizing a second public meeting to get more input on the design for the new library, which will be three times as large as the existing library, built in 1979 on Riverview Road.

“Anything that far out is just wishful thinking, I mean seriously,” said David Wullschleger, manager of library operations for Hillsborough County Libraries. “Everybody wants it done already, including us, but at this stage of the project, it just always takes longer than you hope it will. But it’s important because the work you do up front at this stage of the project pays off. In a lot of respects, it’s the most important part of the project, to get all issues resolved before you start design and then ultimately, construction.”

Wullschleger said it is also important to get more public input before design actually begins, and that’s about to happen.

“It’s been almost two years or more since we had the first public meeting about it, and that was a standing-room-only crowd,” he said. “There is a lot of interest in it.

“We just want to go back to the community and tell them what has happened since we first met.” Project manager Janet Marnatti will be at the meeting, as well as the architects and designers.

“I think we are at the point where it will start getting really interesting and fun” he said. “A lot of the dust has settled, and we are ready to start design.”

The delay, or push-back of the opening date was no real surprise to Friends of the Riverview Library, said volunteer group secretary Pat Boyle. They had already been given a heads-up, she said. 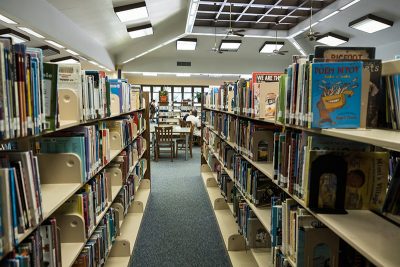 The Riverview Branch Library on Riverview Drive offers numerous programs and resources, but it doesn’t have the capacity of the area’s regional libraries. A new Riverview regional library is expected to be between Bloomingdale and SouthShore libraries in size, but it is not expected to open until at least 2020.

“We had been told before, it was going to take a little bit longer because of property transfers that had to take place and paperwork involved and so forth,” Boyle said. “In order to meet the needs of the community, we are approved for a 35,000 square-foot building, compared to SouthShore Library at 42,000 square feet and Bloomingdale Library at 25,000 square feet. The design phase and construction phase will each take about a year.”

“It’s hard to call it delay because we’ve been doing due diligence, all the permitting,” Wullschleger said. “It took longer than we expected.

“We are trying to figure out exactly what the library will have, as far as features and services provided. At this point we are almost ready to start design,” he said.

The existing library, at 8000 square feet, is just too small to meet the community’s needs,” Wullschleger said. “It was fine 30 years ago.”

Boyle said the Friends of Riverview Library, in a meeting with county officials last week, were told that negotiations are under way with the Greater Riverview Chamber of Commerce to become a tenant in the new library building. “There will be economic offices to help entrepreneurs, security cameras will be in place, and swiped cards will be used on the doors instead of locks.

“Solar can be added, but cost must be considered,” she said. “Two properties near the site are also for sale. One leads out to Boyette Road and may be purchased for access. A traffic light may be installed at Cristina Lakes if the community can show a need. Three quarters of a million dollars is being allocated for staff, possibly 13 new people, and since instruction is the focus, staff with multiple skills will be given priority.”

Wullschleger said the county library staff will bring conceptual maps to the community meeting and will announce the meeting in advance so the public can plan accordingly.