Across the nation, Americans experience a slow-motion cosmic Pac-Man 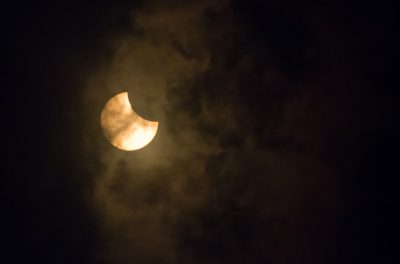 For the first time in 99 years, a total eclipse crossed America on Aug. 21. The widely publicized event was broadcast live everywhere from news stations to NASA. Millions of Americans, however, saw it in person with the help of special solar-filtered glasses. Above, from Ruskin in the early stages of the eclipse, the sun bore a striking resemblance to the 1980s video game sensation, Pac-Man. Below, Karina Mullins, one of the owners of M&M Printing and The Observer News, watches the sun disappear as totality approaches. In the Tampa Bay Area, the moon eclipsed roughly 80.9 percent of the sun. 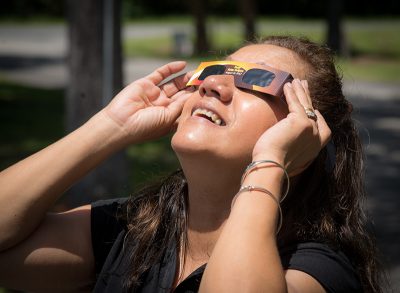 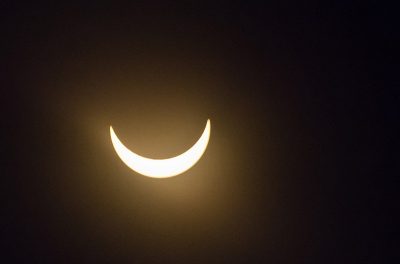