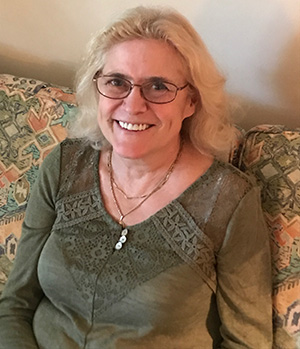 Laura Pait was born on December 3, 1956, in Nyack, N.Y., to Richard and Edna Phelan. After graduating from Nyack High School, Laura spent several decades working as an ultrasound technician first at Lincoln Medical Center in Bronx, N.Y., Lawrence Hospital in Bronxville, N.Y. and then at Westchester Medical Center in Valhalla, N.Y. Later in her career, she worked at Holy Name Medical Center in Teaneck, N.J.

Laura loved reading and writing. She was a co-author of an article in her field published in a medical journal. Laura was also an accomplished poet and read her work aloud at many occasions, celebrations and services. Laura also enjoyed making jewelry, gardening and watching old movies. In fact she had the eye of a truly great film editor which made it a joy to watch films with her.

Laura was bright and witty with a wicked sense of humor.  She lit up any room she entered or party she attended. We all will miss her quick smile, her deep dimples and, of course, her famous laugh.

Laura is survived by her father, Richard Phelan; her four siblings, Rusty Phelan, Tom Phelan, Linda Meadows and Michele Green; as well as her ex-husband, Larry Richard Pait. Most importantly, she is survived by her three sons: her devoted caregiver Eric Pait, Matthew Pait and Dylan Pait. 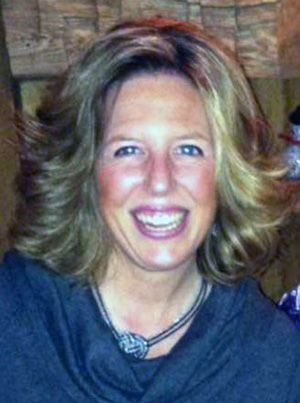 Amanda was loved and will be missed by aunts, uncles, cousins and many friends. Visitation was held at the The Ferfolla Funeral Home, 356 W. Aurora Road, Sagamore Hills, Ohio, on Sunday July 23, 2017. Her Mass of Christian burial was celebrated on Monday July 24, 2017 at Holy Family Catholic Church, in Stow, Ohio at 10:30 a.m. Father Wally Hyclak officiated, followed by interment at All Saints Cemetery in Northfield, Ohio.

Margaret N. Eizember “Peg,” 93, has gone to her heavenly home on June 28, 2017 from Sun City Center Lifepath Hospice House. Born on April 30, 1924 in Detroit, Mich. she and her predeceased husband Stanley moved to Sun City Center from Redford, Mich., in 1993.

This beloved mom, friend and neighbor is survived by her daughter Valli K., her son James T., a stepdaughter Kimberly and her husband K.C. Also three grandchildren, five step-granchildren and five great-grandchildren. Her loving family, caring neighbors, special longtime Michigan friends and card and bingo playing chums will miss her spirit, her wit, her songs, her sporting nature, her open objectivity and especially her. 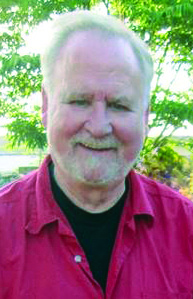 Jim Neuman was born October 16,1946 in Goffstown, New Hampshire. He served in the United States Navy aboard the Aircraft Carrier Intrepid. Jim worked as a Project Manager throughout his life, traveling around the United States building malls and retail outlets, which is how he met his wife Jan Falcione. Jim is survived by his loving wife Jan, his sons, Matthew (Carrie) Neuman and Steven (Becky) Neuman; five granddaughters, Brielle, Kyara, Maya, Kylie and Kensley.

Jim was a great father and a phenomenal Pop to his granddaughters. Jim didn’t love everyone, and he was brutally honest, stubborn and opinionated; however, we found it refreshing and frustrating at times. You just needed to take time to see all sides of him, then he would reward you will all his love. He was there through thick and thin and never left a day without saying he loved you. He was always there to help — all you had to do was say the word. I can’t tell you the number of hours Jim spent on home improvements, chatting about life and politics and don’t forget the hours on end trying to figure out where we were going out to eat. He was gruff on the outside, but he was full of love on the inside for sure.

Life is unfair. It wasn’t Jim’s time to go if you ask us. We are never promised tomorrow, and from time to time life sends us a huge painful reminder of that. There’s no one who can fill your shoes, Jim. We know you will be watching over all of us. “Creep” will miss you every day for the rest of her life.

There will be a celebration of life for Jim at a later date. In lieu of flowers donations can be made in Jim’s honor to Mary & Martha house, 100 Shell Point Rd. E., Ruskin FL 33570.