Everyone found a friend in Ron Simpson 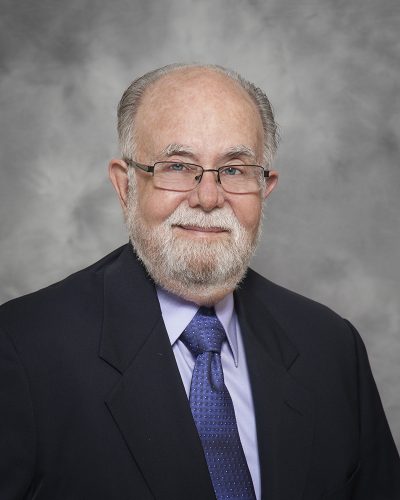 The South Shore community continues to mourn the passing of longtime supporter and friend Ron Simpson, who slipped away peacefully July 14 at the LifePath Hospice House in Ruskin. Five days later, hundreds of folks turned out for a celebration of his life at the Firehouse Cultural Center, a local arts venue he often frequented with his wife, Phyllis.

The event was organized by Melanie Rimes, executive director of the SouthShore Chamber of Commerce. It included a five-member honor guard from the Walter P. Ryan Detachment 1226 Marine Corps League of Riverview; a three-gun salute; invocation by the Rev. Charlie Lewis; and a slide show and music by La Lucha, Simpson’s favorite band. His widow received a folded American Flag with three bullets inside, presented by retired Navy Master Chief Walt Raysick. As if on cue, a rainbow appeared in the skies overhead as the celebration concluded.

“Everyone was Ron’s friend,” said Rimes, who was close to Simpson and considered him a mentor. “Everything about South Shore excited him. He had a way of always lightening the mood, regardless of the situation. His kindness and commitment to the community will be sorely missed.”

Ronald “Ron” Martin Simpson packed a lot into an interesting life of 77 years.

Originally a Midwestern boy, he was born in St. Louis, raised in California and later graduated in the mid 1970s from the American University in Washington, D.C. That’s where he met Phyllis Gannon, who became his wife more than 25 years later. The couple married April 27, 2002.

The man had so many interests and accomplishments, it’s hard to mention them all.

He joined the Navy at age 17, served for more than eight years as a cryptographer, including multiple tours of duty in Vietnam during the war, and then went directly into the CIA. He retired from the agency after 40 years of service. He was also a VFW life member.

Simpson’s favorite roles, though, were husband, dad and granddad.

He is survived by his wife, PhyllisGannon, of Apollo Beach; son, Mark Simpson, daughter-in-law Kristin Maynard and their daughters, Willa and Nelle Simpson, of Maplewood, N. J.; daughter Melanie Shenning, her husband, Carl, and their two children, Kaitlyn and Royce, of Valrico; daughter Drea Hallen, of Denver, Colo.; brother, Richard Cohen, of Portland, Ore., and his two daughters, Lauren and Samantha; sister Nori Fithian, her husband, Bob, of San Rafael, Calif., and their sons David and Zachary; and his 9-year-old Lab mix, Harper. He was preceded in death by his parents, Margaret Simpson and Sam Cohen. 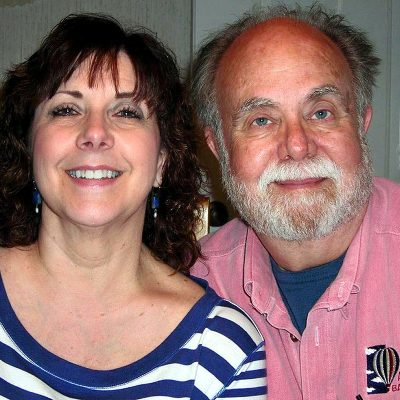 SIMPSON FAMILY PHOTO:
Phyllis Gannon and Ron Simpson married in 2002. They had met more than 25 years earlier as students of the American University in Washington, D.C. The couple resided in Apollo Beach.

“His love for me and my kids and my husband, all of us adopted into his heart, was nothing short of Christlike,” Shenning said. “As I sit across from his seat at my table and remember all the great times we had here, I’m inspired to be the absolute best parent, spouse, mentor and sharer of the love of God that I can because of his example.”

Simpson was undoubtedly one of the SouthShore Chamber’s biggest cheerleaders. He served as a board member; member of its military affairs, economic development, educational partnership, diversity and ambassadors committees; and member of annual planning committees for the Ruskin Seafood Festival, Apollo Beach Manatee Festival of the Arts, Pigs in the Parking Lot, Awards Banquet and New Teacher Breakfast.

But he was so much more.

An accomplished opera singer who performed in the chorus of Opera Tampa for years, Simpson also sang in the South Shore Community Chorus and his church chorus at St. Andrew Presbyterian Church in Sun City Center, where he was an active member and elder.

He was an Eagle Scout and an elected member of the Order of the Arrow and the National Honor Society of the Boy Scouts of America. He served as advancement chairman of Boy Scout Troop 110 in Brandon, his grandson’s troop, and was mentoring the lad in his quest for Eagle ranking.

Simpson had a huge heart for animals and adopted seven or eight rescues over the years; was a computer expert, world traveler and trivia buff. He was fluent in German, Italian, Spanish and some Japanese and could talk at length about virtually any subject. 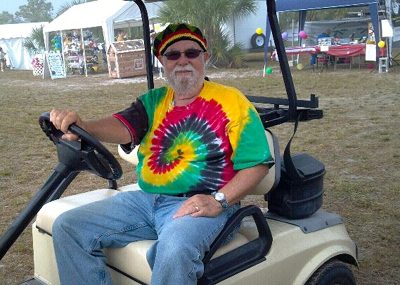 SOUTHSHORE CHAMBER PHOTO:
Ron Simpson always helped plan and execute the annual Ruskin Seafood Festival, among other South Shore events, for the SouthShore Chamber of Commerce. Here he’s seen in his trademark tie-dyed shirt, which he wore every year at the festival.

“Ron was a brilliant, gregarious man, who had multifaceted interests and skills,” Gannon said. “He was very loving, especially to his family and friends. He inspired me to be a better person, and life without him will be extremely difficult.”

In lieu of flowers and other forms of condolence, the family has requested donations be made in Simpson’s name to the Critter Adoption & Rescue Effort, South Shore’s only nonprofit, no-kill animal shelter. The mailing address is 1528 27th St. S.E., Ruskin, FL 33570.

Community expresses feelings on the loss of a friend

It’s been almost two weeks since Ron Simpson passed away, leaving a hole in the hearts of his former business associates and friends.

The following is a sampling of the way many residents in South Shore felt about him.

We were very close friends. I enjoyed the many philosophical talks about life we had at ballgames and during our fishing trips. Ron was very unselfish and always tried to do the right thing. I never saw him feel sorry for himself about anything. I will truly miss him.

I always loved how he loved the Lord and was willing to express it. He always said any day above ground was a good one but he knew he would ultimately be in a better place.

Ron was a life member of the VFW and a strong supporter of the military. He was very patriotic; he loved his country and the community.”

He was such a warm, generous person. We initially connected through our mutual love of food and cooking. We also had fun talking about our common interests in genealogy, scouting and camping. I’ll miss those talks, and I’ll miss him.

Most people who volunteer in the community form deep relationships beyond their business associations. Ron wanted people to feel like he was their brother or sister. That’s how I felt about him.

When I joined the SouthShore Chamber board, Ron took me under his wing. He became a friend and mentor. He was like an Energizer Bunny, involved in every aspect of the chamber and community.

Ron was so well-versed in life. He knew a little something about everything and had room in his heart for everyone. The depth of his loss to this community has yet to be truly felt. To say I’ll miss him is an understatement.

Ron Simpson was an incredible human being who had a big heart and cared about everyone. I first met him five years ago when I joined the chamber and that’s when our friendship developed. Ron was an inspiration and a role model. He never hesitated to share his knowledge and wisdom, which I have learned so many valuable life lessons from. I will miss him greatly.

He recognized others rather than himself and always gave credit for what they did, despite all of his community service.

Ron was one of the first people I got to know at the SouthShore Chamber. He was so gung-ho about getting me started and always found ways to help build my business. He was everyone’s biggest marketer.

Ron was one of the most giving people I’ve ever known, and he will be missed throughout the community for all his volunteer efforts.

He had the biggest heart for South Shore. Wherever there was a need, you could always count on him.

Ron was a very good photographer, an outstanding man, always honest and upright. He was my good friend, and I will truly miss him.

Ron knew everything. If we had a question, regardless of the subject, he had an answer. Any time we needed help, he was there.