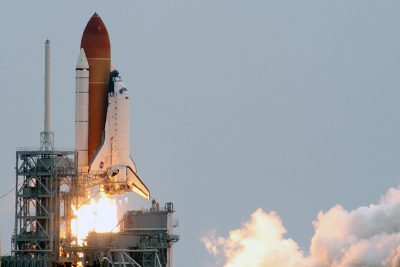 Happy Friday. If you woke up to the squall line that passed through in the early morning darkness or, better, if you slept in a little, some words of inspiration on this fine day:

“The content of your character is your choice. Day by day, what you choose, what you think and what you do is who you become.”

“One today is worth two tomorrows.”

“Twenty years from now you will be more disappointed by the things that you didn’t do than by the ones you did do. So throw off the bowlines. Sail away from the safe harbor. Catch the trade winds in your sails. Explore. Dream. Discover.”

Today’s weather:  From the good people at the National Weather Service Office in Ruskin:

“Scattered showers and thunderstorms, mainly after 11am. Partly sunny, with a high near 90. Heat index values as high as 100. Light and variable wind becoming west 5 to 8 mph in the morning. Chance of precipitation is 50%. New rainfall amounts between a tenth and quarter of an inch, except higher amounts possible in thunderstorms.”

During the evening and overnight hours, mostly cloudy with a low around, yes, 76.

Personal forecast: Just enjoy the day. Ben Franklin would never steer you wrong. We have today and that is worth two tomorrows.

Eye on the tropics: Looks good from the National Hurricane Center:

At 9 a.m. at HCC at the Regent in Riverview there is a seminar on Food Services, running a small business. Visit: http://www.hillsboroughcounty.org/en/calendar/02-business/2017/20170721-food-services

At the Entrepreneur Collaborative Center there is a free Marketing Workshop at 9:30 a.m. Visit: http://www.hillsboroughcounty.org/en/calendar/02-business/2017/20170721-marketing-workshop

Hillsborough Fire Rescue is offering CPR training at 3 p.m. at the Ruskin Branch Library, 26 S.E. Dickman Drive (just off U.S. 41) in Ruskin. Classes are limited to 14 participants and registration is required by calling (813) 272-5818.

Unless you are crazy interested in Computerized Maintenance Management System Evaluations or, by some chance, are on the committee (which means you’ll be at the 8 a.m. meeting), the calendar in Manatee is appropriately quiet for a summer Friday afternoon.

The print edition of The North Manatee Observer News also contains numerous things to get you out of the house and into the beauty of Manatee County.

Print is (still) the new black! The Observer News website contains only a small portion of what is in the four print editions. Pick one up. We’re everywhere. Mostly.

Something for a warm summer day in Florida: On this day in 1983, the world’s lowest temperature at an inhabited location occurred at Vostok Station, Antarctica. The temperature at the Russian outpost? -128.6 degrees Fahrenheit. That is 128.6 degrees less than no degrees at all.

On this day in 2011, NASA’s Space Shuttle Program ended with the landing of the Space Shuttle Atlantis, STS-135, at Kennedy Space Center.

I was at the NASA press area to capture the launch of Atlantis. I arrived the day before to take part in a variety of press events held by the space agency. In the beautiful hours near sunset, they took us out to the launch pad. A group of reporters, most usually more interested in being behind cameras than in front, took turns trading off cameras for photos with Atlantis, beautifully lit in the background. We could nearly walk underneath the shuttle. It was awe-inspiring to see it, it was sad to know that it was ending. Still, you couldn’t help but feel patriotic. We did this.

Unlike CNN, CBS News and so forth, I had no permanent accommodations in the press area. So I showered with mosquito spray and slept in my SUV in the press area parking lot (along with others, to be sure). It would have been nearly impossible to leave the secured area and hope to return in time.

The iconic, enormous countdown clock didn’t stop until there were just seconds left. And then it started again. I had six cameras aimed at Atlantis, from wide angle to extreme telephoto, two video cameras. We could see the shuttle launch before we felt it — and the concussion blast, even at the press site more than two miles away, was incredible. It rumbled through my chest.

I returned for the landing, which could have been scripted by Hollywood. The International Space Station was visible as a fast moving, bright star low on the horizon only moments before Atlantis touched down on the runway in the early morning darkness — it was almost a beacon for the shuttle crew. By daylight, we gathered on the runway. We were allowed incredible access. I was able to walk right up to Atlantis. Again, there was sadness knowing that, soon, the shuttle would be a non-functional exhibit at Kennedy Space Center (where it is today). 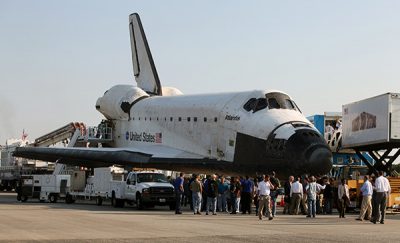 After the final landing. From gleaming white before launch, Atlantis shows what she endured. MITCH TRAPHAGEN PHOTO

Since then, American astronauts have been hitching rides from the Russian space agency for $20 or so million a pop. I have every confidence that no matter where our nation goes next week or in the next decade, we will, someday, send men and women back into space. Humans have yet to leave Earth’s orbit. I am confident that will change and hopefully in my lifetime. If you are as young as our demographics suggest, definitely in your lifetime. We are discoverers by nature. Yes, we have problems here on Earth, but we can often find answers, sometimes surprisingly so, out there somewhere. It has worked that way for the millennia. We reach. We go beyond. We overcome.

I am certain of it.

And, in the end… This is the one where Observer Today signs off…let’s call it an indefinite hiatus. The Observer News Publications is first and foremost a print newspaper. But we also know that to serve our readers, we have to provide you with news and information in the medium of your choosing. Our website has been active since Dec. 31, 2001. We will continue with it, and continue to enhance it. And we’ll keep working to serve you and our advertisers to the best of our ability and always with the highest integrity.

Thank you for reading. You are appreciated. Have a great Friday and a wonderful weekend. 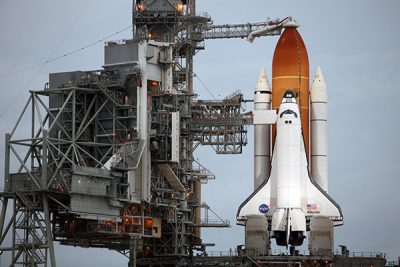 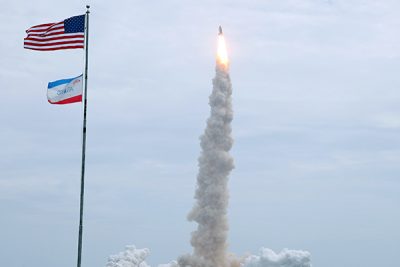