More than ‘Just say no’

Impact strives to give teens and parents the tools they need today. 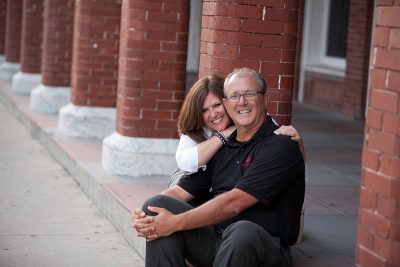 Angie and Bill Kagey operate the non-profit Impact program, which offers advice to teens and their parents about how to avoid the pitfalls of early sex, drugs, alcohol and tobacco. Their program is geared toward high school students and their parents. PHOTO COURTESY OF IMPACT

When Angie Kagey’s children were getting in to the teen years, she was at a loss about how to teach them to avoid the perils of early sex.

That was 17 years ago, when she found Impact, a program put together by LifeCare Network, formerly known as the Brandon Care Pregnancy Center. Since then, she’s been standing up before thousands of teenagers in Riverview and Brandon to teach them what she calls “sexual risk avoidance.”

Today, Impact is attempting to draw more parents in to the program, to arm them with the tools they need to talk to their teens about sex and other risks they face.

“I did not want my own kids to make some of the same decisions I had made,” she said. “I had made unhealthy lifestyle choices. I didn’t know how to help them be successful. This (Impact program) really has equipped me with the information I need.”

Impact is a faith-based program, but when it goes in to schools, it is health-based, Bill Kagey said. “We understand who we are talking to.”

“We talk about pregnancy but also the freedom of not engaging in high-risk behavior,” Angie said. “We are not a ‘just say no’ program. We are giving them tools they need to stay true to commitments. They don’t have to continue to make the same choices.”

Angie, executive director of the nonprofit Impact program, said she does a classroom presentation over five days and almost always gets a good response from the teens.

“We get a little bit of pushback, but get very respectful attitudes from students,” she said. “They know the information we share is based on truth. It is medically accurate information.”

Students also have the opportunity to ask questions to get answers they need, she said.

“I will ask them which part of their sexuality they are most concerned about when engaging in sexual activity — physical, intellectual, emotional, social or spiritual. A lot of times, I get social. It does affect reputations. I hear a lot of things about emotion, hearts getting broken. They can really relate to the heartbreak,” whether they are male or female,” Angie said. “We get really good feedback.”

Impact also has what it calls its Summer Staff, three groups of teens who have pledged to abstain from sex, drugs, alcohol and tobacco, doing a three-day skit program at recreation centers and gyms, Bill said.

“We have one team in Brandon, one in Tampa and one in Plant City and Lakeland,” he said.

And Impact, itself, has stepped up its drive to get more parents involved. It does a free program specifically geared toward parents who want to know how to talk to their teens about social issues.

“I just wrote a book on it,” Bill said. “It’s about boundaries, love language, how their (teen) brain functions, sexual behavior, how to communicate well about what is going on and to understand the culture.

“Parents are the number one influence on teens, not their peers,” he said. “But the hardest part is reaching parents.”

“This is why our parent program is so important,” Angie said. “We want parents to have these conversations with their teens.”

Impact, she said, teaches them how to establish a healthy relationship with their teens, so they can have those conversations.

The next parent program will take place Aug. 31 at Central Baptist Church, 402 E. Windhorst Road in Brandon at 6:30 p.m.

All Impact programs are free, paid for by donations from churches, individuals and sponsors.

This year, Impact’s yearly banquet, which serves as its major fundraiser, is scheduled for Sept. 21 at The Regent on Watson Road. Tickets are free, but participants are asked at the end of the evening to consider monthly sponsorships. Table sponsorships are also available.

For more information on the program or to get tickets to the banquet, call Bill at 813-600-9446 or visit www.whatisimpact.com.