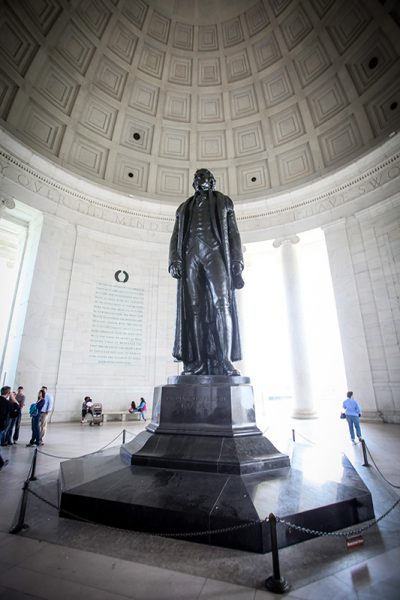 Inside the Jefferson Memorial in Washington, D.C. MITCH TRAPHAGEN PHOTO

With the Fourth of July approaching, while planning out parties and barbecues, perhaps consider thinking about and giving some thanks for those who made all of this possible: American veterans, today and all of the way back to the Revolutionary War.

We aren’t so different from those of yesteryear, it turns out. John Adams, apparently, estimated that anywhere from a third to two-thirds of the people living in what would soon be the United States of America weren’t motivated enough to care either way about independence, the war or who was running the show.

That did, however, change upon victory. And George Washington became a legend in his own time. So did a host of Founding Fathers, including John Adams and Thomas Jefferson.

So, if you could, think about the men and women who made this possible. And while you’re at it, consider putting some good thoughts towards the HCSO, FDHC, teachers, nurses, doctors. You get the idea.

And here’s something very cool: Thanks to a generous benefactor, there are 1,000 small booklets containing the U.S. Constitution available completely free — just stop by M&M Printing / The Observer News offices at 210 Woodland Estates Ave. in Ruskin.

Today’s weather: Hot and getting hotter. From the National Weather Service Office in Ruskin:

“Scattered showers and thunderstorms, mainly after 2pm. Partly sunny, with a high near 93. Heat index values as high as 106. East southeast wind 5 to 7 mph becoming calm in the afternoon. Chance of precipitation is 40%”

Overnight? Scattered showers and thunderstorms and a low around 76.

Personal forecast: Do not wear polyester underwear anywhere near thunderstorms, certainly not where the possibility of lightning exists. Unless you want to wear them forever, that is.

Eye on the tropics: A long ways to go but still looking good. Enjoy. From the National Hurricane Center:

The weekend is upon us. Today at the SouthShore Regional Library, for children grades K-5 is Read on the Go with myON®. “The myON® Street Team hosts interactive activities that encourage collaboration and reading. Limit of 25 participants.” It will be taking place at 10 a.m. and 11:30 a.m.

At 2 p.m. is Organic Gardening: “Learn the philosophy of organic gardening and how to manage your landscape without using pesticides.  Presented in partnership with Hillsborough County Extension Service.”

The weekend would be a great time to visit the library to check out or read a book.

So…yeah. There’s a Code Enforcement Board Hearing this morning at 9 a.m. at County Center in downtown Tampa. Sorry, but if you need it, you’ll have to read their description. I try not to break bad news here (or the kind that makes your eyes bleed). Visit: http://www.hillsboroughcounty.org/en/calendar/05-publicmeetings/2017/20170630-ceb-hearing

There is absolutely nothing on the county schedule for today in Manatee. I’m guessing a lot of people might think that’s a good thing. We’ll try again in July.

Something to make plans for:

Manatee County Parks has some cool stuff lined up for July with numerous programs for kids and adults. For an event listing (the actual calendar may or may not be updated so scroll down) visit: http://www.mymanatee.org/home/government/departments/parks-and-recreation/natural-resources/nrd-headlines/edu-program.html

The print edition of The North Manatee Observer News also contains numerous things to get you out of the air conditioning and into the beauty of Manatee County.

The Observer News website contains only a small portion of what is in the print editions (yes, there are four editions!). Pick one up. If you can’t find one (well, you won’t find one in New Jersey or some place like that (actually,  you might)), then email me and I’ll help. 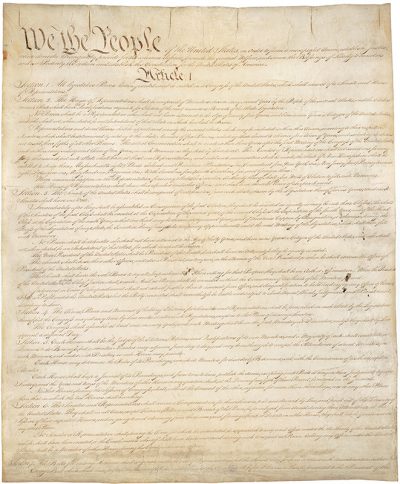 We the People of the United States, in Order to form a more perfect Union, establish Justice, insure domestic Tranquility, provide for the common defence, promote the general Welfare, and secure the Blessings of Liberty to ourselves and our Posterity, do ordain and establish this Constitution for the United States of America.

According to George Washington: “The power under the Constitution will always be in the people. It is entrusted for certain defined purposes and for a certain limited period, to representatives of their own choosing; and whenever it is executed contrary to their interest, or not agreeable to their wishes, their servants can and undoubtedly will be recalled.”

According to Thomas Jefferson: “On every question of construction [let us] carry ourselves back to the time when the Constitution was adopted, recollect the spirit manifested in the debates, and instead of trying what meaning may be squeezed out of the text or invented against it, conform to the probable one in which it was passed.”

Thomas Jefferson never signed the U.S. Constitution. Nor did his fellow Founding Father John Adams. Both were serving as representatives in Europe at the time, September 17, 1787.

Benjamin Franklin, at the age of 81, did however sign it. He was the oldest delegate to do so.

And just a bit more trivia here: George Washington established November 26, 1789 as “Thanksgiving Day.” That had nothing to do with Pilgrims — the day was intended for the nation to give thanks for the Constitution.

But back to Jefferson and Adams: It is ironic that the these specific Founding Fathers were never signatories to one of human history’s most profound and impactful documents. The two had bitter relations for many years, with a cordial relationship only resuming post-presidency for both men. The re-kindling of their bond began in a trickle of letters and often became a torrent. Their renewed and growing fondness for each other was evident in their written words.

Both Jefferson and Adams died within hours of each other on July 4, 1826. The nation’s 50th Independence Day.

Have a great day and a wonderful weekend. See you on Monday.