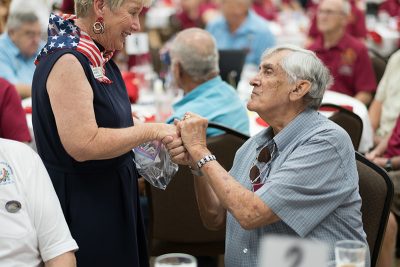 The Men’s Club of Sun City Center held a luncheon on June 22 to honor the community’s Vietnam veterans. The lunch served was complimentary for all veterans. Dick Tyrrell served as master of ceremonies, and the featured speaker for the event was retired United States Air Force Lt. Col. Gordon Bassett, who made a special presentation regarding some popular myths versus the facts of the Vietnam War, ending on a high note while thanking those who fought for this nation in Southeast Asia.

Members of the Daughters of the American Revolution handed out Vietnam service lapel pins to all veterans. Veterans were also reminded that the Vietnam Traveling Memorial Wall was scheduled to be at Veterans Memorial Park in Tampa from Oct. 25 to 30.

Recognizing that a number of Vietnam veterans traveled north for the summer, the club stated they would hold another luncheon later this year. For information about the Men’s Club of Sun City Center visit www.sccmensclub.org. 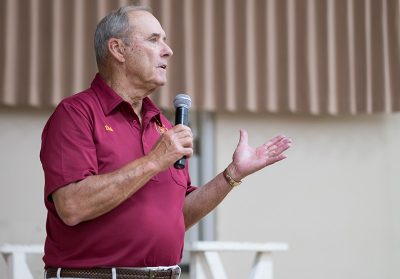 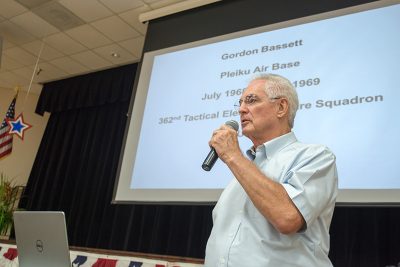 Vietnam veteran Gordon Bassett was the featured speaker for the event. 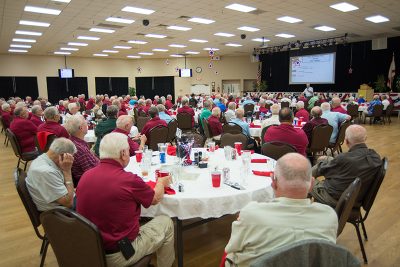