Baked goods are sweetened with love at Petite Madelyn’s

“Isolated showers and thunderstorms between 2pm and 5pm. Mostly sunny, with a high near 93. Heat index values as high as 102. Southeast wind 7 to 9 mph becoming south southwest in the afternoon. Chance of precipitation is 20%.”

The evening hours are straight out of the Florida coastal summer playbook as well:

“Isolated showers and thunderstorms between 8pm and 2am. Mostly cloudy, with a low around 76. West southwest wind 5 to 7 mph becoming light and variable. Chance of precipitation is 20%.”

Saturday looks good to get out and about, sunny and low 90s. Kicking back on a Netflix binge may be in order by Sunday afternoon.

Personal forecast: Sultry….and not in a good way. But enjoy the sunshine, if even from an air conditioned home or office.

Eye on the tropics: Outside of Tropical Depression Cindy well to our north, we are in the clear for a while according to the National Hurricane Center:

It’s a summer weekend. Cool off in the SouthShore Regional Library in Ruskin to…you know, read a book.

Check out what’s playing at the Ruskin Family Drive-In. And have a chili cheese dog for me.

You’d have to hurry but consider attending “Slow Speed Networking,” a popular long-running event organized by Debbie Caneen of Sun Towers. Today’s gathering will be held at Latitudes in Apollo Beach, 131 Harbor Village Lane, from 8 a.m. to 9 a.m. Contact Debbie at 813-892-2990 or via email by clicking here.

Check out the LinkedIn Workshop, a free event today at 12:30 at the Entrepreneur Collaborative Center at 2101 E. Palm Ave. in Tampa. Visit: http://www.hillsboroughcounty.org/en/calendar/02-business/2017/20170623-linkedin-workshop

If you are a commuter or even drive to the grocery, make plans to attend this: Hillsborough County Commission Chairman Stacy White, District 4, and Vice-Chairman Sandra L. Murman, District 1, will host a South County Transportation Town Hall meeting on Monday, June 26 at 6:30 p.m. in the Lennard High School auditorium in Ruskin.

Manatee County Parks is gearing up for summer with numerous programs for kids and adults in the month of July. For an event listing (the actual calendar may or may not be updated so scroll down) visit: http://www.mymanatee.org/home/government/departments/parks-and-recreation/natural-resources/nrd-headlines/edu-program.html

Only a small part of the printed Observer News is on the web. Pick up a print copy, relax a bit and find out what’s going on out there. 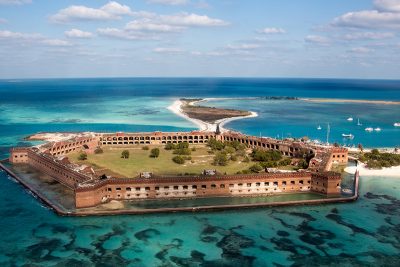 During the Civil War, Fort Jefferson, in the Dry Tortugas 70 miles west of Key West, remained in the hands of the Union. Mitch Traphagen Photo

Cities across the Old South have quietly (and sometimes not-so-quietly) been removing monuments to the Confederate States of America since the June 2015 massacre by a white supremacist at the Emanuel African Methodist Episcopal Church in Charleston.

The Hillsborough County Board of County Commissioners, in a 4-3 vote, bucked that trend in refusing to remove a Confederate monument in front of the old county courthouse. The monument itself isn’t blatantly a problem — it depicts one Confederate soldier walking north, clean and fresh, and another returning South with a good deal of wear. The problem is more what was publicly said during the 1911 dedication ceremony — which by any account was blatantly and utterly racist. And the problem is that many people believe the CSA and the near dissolution of the nation are not things to celebrate with monuments.

There are many others, of course, who believe that history should not and cannot be erased. Some say it is “heritage.” It is 2017 and people still argue about whether the Civil War was fought over the abolition of slavery or over states rights. It remains an emotional issue.

The City of Tampa, both the mayor and city council, wants the world to know that the monument and the words forever associated with it do not speak for them nor for the city.

Florida joined the CSA with secession declared on January 10, 1861. The state could only supply 15,000 troops due to the relatively small population at that time, some of whom fought at Gettysburg. In 1861, there were roughly 55,000 residents and 61,000 slaves.

The Union quickly moved to blockade the state and major ports. Tallahassee was the second to last Confederate state capitol to fall and, as the war ended, the governor shot himself rather than submit to Union occupation. But there was a strong pro-Union element here as well, and that element grew in strength during the war years. Key West was effectively a rebel city in a rebel state. For the most part, it remained with the Union.

If nothing else, it is a story that suggests Florida has long been a purple state with strong fringe elements.

For it’s part, Tampa had some pro-Union sentiment as well. Or, at least, a “get out of Dodge” sentiment. In May 1861, the mayor of the young city, Hamlin Snell, resigned, sold his properties and left Tampa along with other citizens. By January of 1862, the CSA commander in the area declared martial law over the city, rendering the municipal government powerless…and placing Tampa under military rule. It was a somewhat meaningless gesture — the city’s coffers were empty and there was no money to pay city employees.

The Civil War ended more than 150 years ago and yet skirmishes are still taking place today. The CSA no longer exists…except in the history books. And today, in downtown Tampa, a monument stands.

What is your take?

Have a great day and a wonderful weekend! See you on Monday.