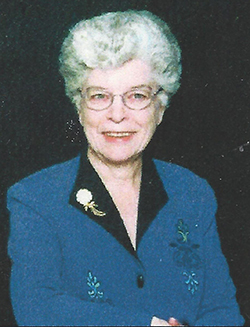 Carmelia (Camille) Mariani, 85, of Sun City Center, Fla. passed away on Saturday, June 10. Born in Belfast, Maine, Oct. 5, 1931, she was the daughter of Emily Howard and Theodore E. Fogg. She had one brother, Timothy N. Fogg.

She and Charles W. Howland married in 1968, and they resided in Canton, N.Y. for 17 years. After her retirement, they lived in Belfast, Maine for 10 years prior to relocating to Sun City Center, Fla. Following his death, she and Albert J. Mariani wed in 2002.

Survivors include her husband Albert, as well as three step-children and their families, Albert J. Mariani, Jr. and Fran of Auburndale, Fla.; Alexis Mariani Stowe of Reston, Va.; and Karen Mariani and Phil Spechler of Woodridge, N.Y. In addition, surviving are two Howland step-children, Charles W. Howland of New York City and Nancy Howland and Steven Temple of Newton, Conn.

A journalist and lifelong writer, she was the editor of the St. Lawrence Plaindealer, Canton, prior to serving as assistant to the president for public affairs at Canton’s State University college. She wrote several articles that were published in U.S. and Canadian magazines, and compiled a hardcover history of the college. In addition, she received citations from various St. Lawrence County, N.Y. organizations for board services as well as publicity. She was later recognized for volunteer work at the Owls Head, Maine, Transportation Museum.

Long after retirement, she began writing suspense novels. Her final published book was her 11th. She credited her husband Albert with strong support for what she referred to as her hobby, and regretted leaving her 12th novel unfinished. Arrangements by Zipperer’s Funeral Home.

Al was a happily married in 1949 to the former Naomi Strom of Gladstone, Mich. They had three children: Lori (Helmut) Jungschaffer, Gary (Mary) Taylor, Gail (Ric) Sanderson; eight grandchildren and four great-grandchildren. Naomi preceded him in death in 1998.

Al was a member of the Caloosa Golf and Country Club and loved walking with his friends in the pool at the local community center.

A celebration of life will be held in Michigan on June 24. In lieu of flowers, memorial contributions may be made to: Life Path Hospice, 3723 Upper Creek Road, Sun City Center, FL 33573. 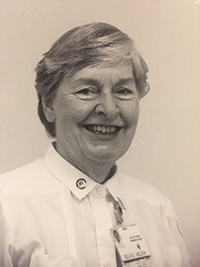 Solveig Lillian Nielsen, 90, longtime resident of Sun City Center, died peacefully on May 3, 2017, in Tequesta, Fla. (Palm Beach County). Born in 1926 in South Hampton, N.Y. to Danish parents, she returned to Copenhagen at a very young age, as a dual-Danish-U.S. citizen. After the Nazi occupiers were pushed out of Denmark, she moved to Brooklyn, N.Y. where she met and married Schou Nielsen, who died in 2014.

Solveig leaves two sons, Eric and Peter, and their wives, Mary and Linda, all of Jupiter, Fla.  She is survived by three married grandsons: Jesse and Jennifer (Arlington, Va.); Christopher and Catherine (Jupiter, Fla.); and Samuel and Kirby (Columbus, Ohio).  She also leaves behind a flock of great-grandchildren, Penelope, Grant, Madison, Grover, McKinley, Kennedy and Heidi.

Solveig knew the Lord Jesus, and the family expects a happy reunion in Heaven. Her remains will be interred at Arlington National Cemetery alongside her beloved husband.