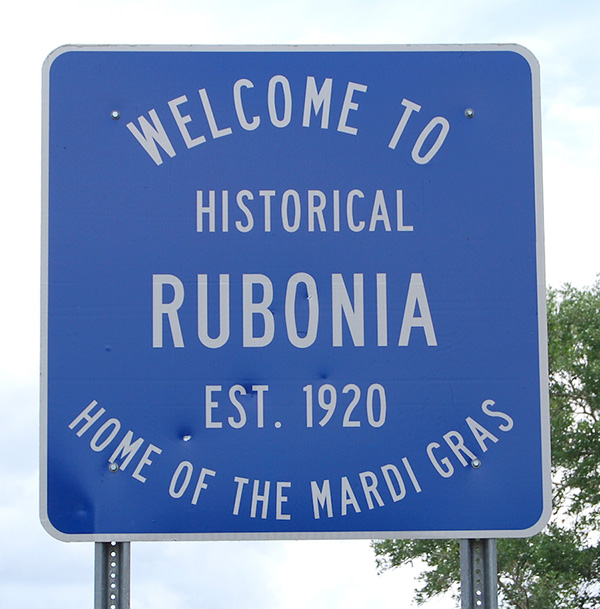 Rubonia was once a prospering farming community with a busy business center and close-knit population. Several residents are working to make the town in northern Manatee County a growing community again. CARL MARIO NUDI PHOTOS

After U.S. 41 was realigned sometime in the mid-1960s, bypassing Rubonia, the small community seems to have suspended progress.

Residents of the once-thriving farming community and railroad center are working to change that stagnation.

One of the ways the Rubonia Community Association members are bringing back the pride and dignity of the little neighborhood is through participation in a local history project.

Nicki Rutkowski, who lives about 1 mile north of Rubonia on her family farm near Frog Creek Road, started last fall to do research on the families of long-time residents.

“I think this story needs to be told,” Rutkowski said. “There’s something about Rubonia, and it’s rich in history.”

Mary Brown, chairperson of the Rubonia Community Association, also wants the story to be told.

Getting Rubonia’s history down on paper will promote her efforts to rebuild the tightness the community had when she was growing up.

“A book on our history will be helpful because most of the residents are new to the community,” Brown said.

She said her little community of about 12 city blocks off Bayshore Road was a very diverse population. 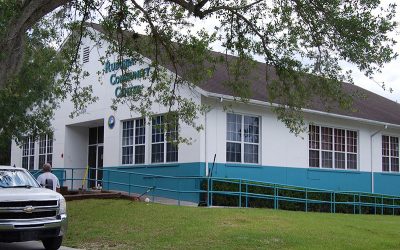 “We have Puerto Rican, Mexican and Haitian families living here now,” Brown said. “I want to get them involved.”

She also wants to make sure people outside the community to know about Rubonia.

“I want to keep Rubonia’s identity,” Brown said, “and not allow it to be swallowed up by Palmetto.”

Rutkowski, who has been doing genealogy research for more than 36 years, said she wanted to do another project and thought a history of Rubonia would be interesting.

“The history of Rubonia is so fascinating,” she said.

Rubonia was platted into lots in 1913, so the former school teacher started with the 1920 census records.

“I took all names on the census and did a family history of each,” Rutkowski said. “I’m trying to find out why they came here, who did they know here.”

Many lots were sold before it was officially called Rubonia. Before that, the area was called East Terra Ceia.

The first property owner was James Joyner, and A.T. and Ena Williams soon joined him in purchasing property.

During her research, Rutkowski found records that showed the land where Rubonia was laid out was part of an 80-acre plot that Albert Stonelake, a United States Union Army surgeon, purchased in 1868.

Stonelake sold the undeveloped open land to Marais DeVoursney in 1881.

Both men were from Newark, N.J., and may have known each other, Rutkowski said.

In December 1911, DeVoursney sold the land to William and Nellie Smith, who recorded the platted lot plan in 1913.

At the time, a railroad line ran along the eastern border of the small town, with a track spur across the northern end to Terra Ceia Island, where there was a farm-produce packinghouse.

The freight train stopped in Rubonia because it also had a packinghouse.

Many of the residents worked as field hands in the surrounding farms or for the railroad. 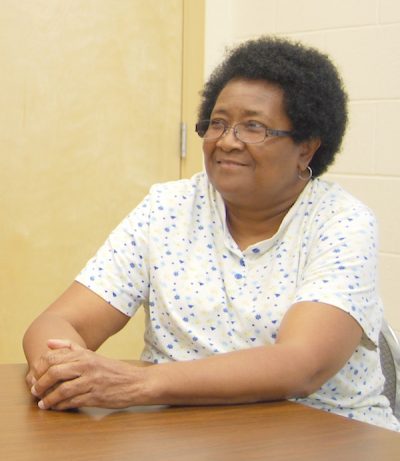 Rubonia resident Delseta Salters said the tiny community was “very, very, close” when she was growing up there.

Rutkowski’s research showed most of the original residents came from Tallahassee, and were freed slaves, or their descendants, who worked on plantations.

Another group of families came from South Carolina by way of Ocala, she said.

“What’s interesting to me is that these were children of slaves,” Rutkowski said. “And the fortitude and strength they had for them to work and be successful.”

Another thing she noticed on the 1920 census was that black and white families lived next door to each other.

Eventually all of the research will be transformed into a book.

It will include a narrative of the history using the official records, such as the Stonelake, DeVoursney and Smith transfers.

Then Rutkowski will go into the history of the individual families who are in the 1920 census and still have descendants living in Rubonia, with a short synopsis of where they came from and who their children were.

There will be stories from Rubonia families such as Brown’s.

The retired State of Florida worker can trace her Florida roots back to 1797.

Her grandmother, one of the first families to move to Rubonia, had 11 children, and Brown was one of nine children. 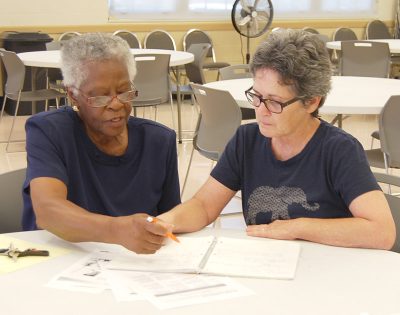 Mary Brown, chairperson of the Rubonia Community Association, left, and Nicki Rutkowski go over notes that Rutkowski researched on the history of Rubonia.

“When we are doing the genealogy,” she said, “we find we are more connected to each other than we knew.”

“This community used to be very, very close,” said Salters, who was raised in Rubonia. “Everyone was like family.”

She is looking forward to Rutkowski’s book because she would like to know about her ancestors.

“I can pass the book down to my kids,” Salters said.

Rutkowski said another section in the book would be on the first Rubonia school on 72nd Street Court East, using attendance records from the Manatee County school district files, which she found fascinating.

The records show the first school in Rubonia started Sept. 1, 1919.

It was a segregated school for black children.

The names of all of the students who attended were listed, along with the teacher’s, who was paid $50 a month.

Rutkowski said the book also will include many photos she has collected from Rubonia residents.

“But my research will have to stop at some point, “ she said, “because genealogy is an ongoing project.”

Although Rutkowski was not born in Manatee County, she has deep roots here, and a connection to Rubonia.

Her grandparents, Earnest (sic) and Florence Sutton, came to Manatee County from Georgia in 1932, and purchased 10 acres off Frog Creek Road.

Rutkowski said her grandmother told her that she would walk to the two grocery stories in Rubonia, Perry’s and Webb’s, both now boarded-up buildings.

She moved back to her family homestead in 1977, and taught for 32 and one-half years at Tillman and Blackburn elementary schools, as well as online courses for University of Phoenix.

Rutkowski, who has a doctorate in education, started doing genealogy research around 1980 to find out about her family history.

“Florida was where I thought I wanted to be,” she said.

For more information about the Rubonia Community Center, visit their website at www.communitycenterassociation.org.