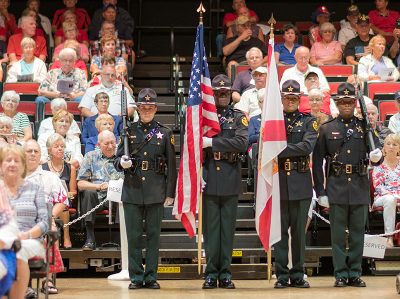 Monday, Memorial Day, as much of America enjoyed a day off from work, several hundred people gathered in Kings Point Veterans Theater for the annual Sun City Center Memorial Day Ceremony. The names of the community’s veterans, 167 in all, including five women, who had passed on during the last year, were read, with a surrogate holding a U.S. Flag, facing the audience, standing in honor of each.

The guest speaker for the ceremony was retired USMC Colonel Michael P. Davis. Davis served in the Marine Corps for 24 years, including the responsibility of flying Marine One, the Presidential helicopter, for both President Carter and President Reagan.

Davis stood at the podium in full dress uniform. He appeared the ideal of the American military: born of steel with a voice and words that simultaneously conveyed respect, competence and authority. His was the face the strength and compassion that the world could see from the USA, the world’s lone superpower.

On Monday, he spoke for those who were willing to give all; those who are no longer with us.

“Nothing will ever beat the United States of America,” he said.

Davis thanked the entire community for the opportunity to speak and to visit with area veterans and residents.

Retired USN Commander Ed Socha tolled the bell in remembrance and respect for those in each branch of service.

Boy Scout Troop 661 assisted in placing the wreath at the flag flying half-staff outside.

The ceremony was sponsored by the numerous military veterans organizations of Sun City Center. 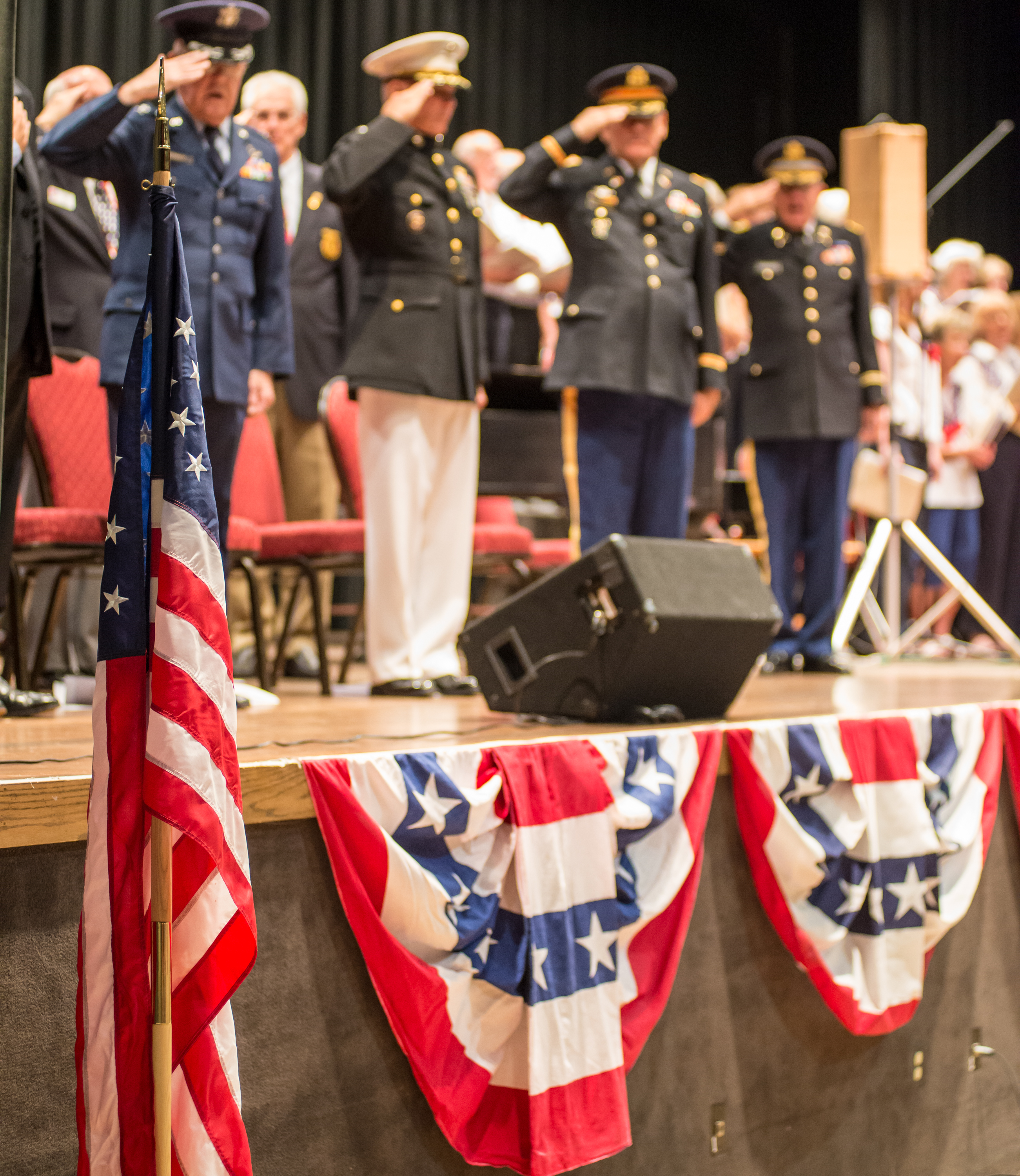 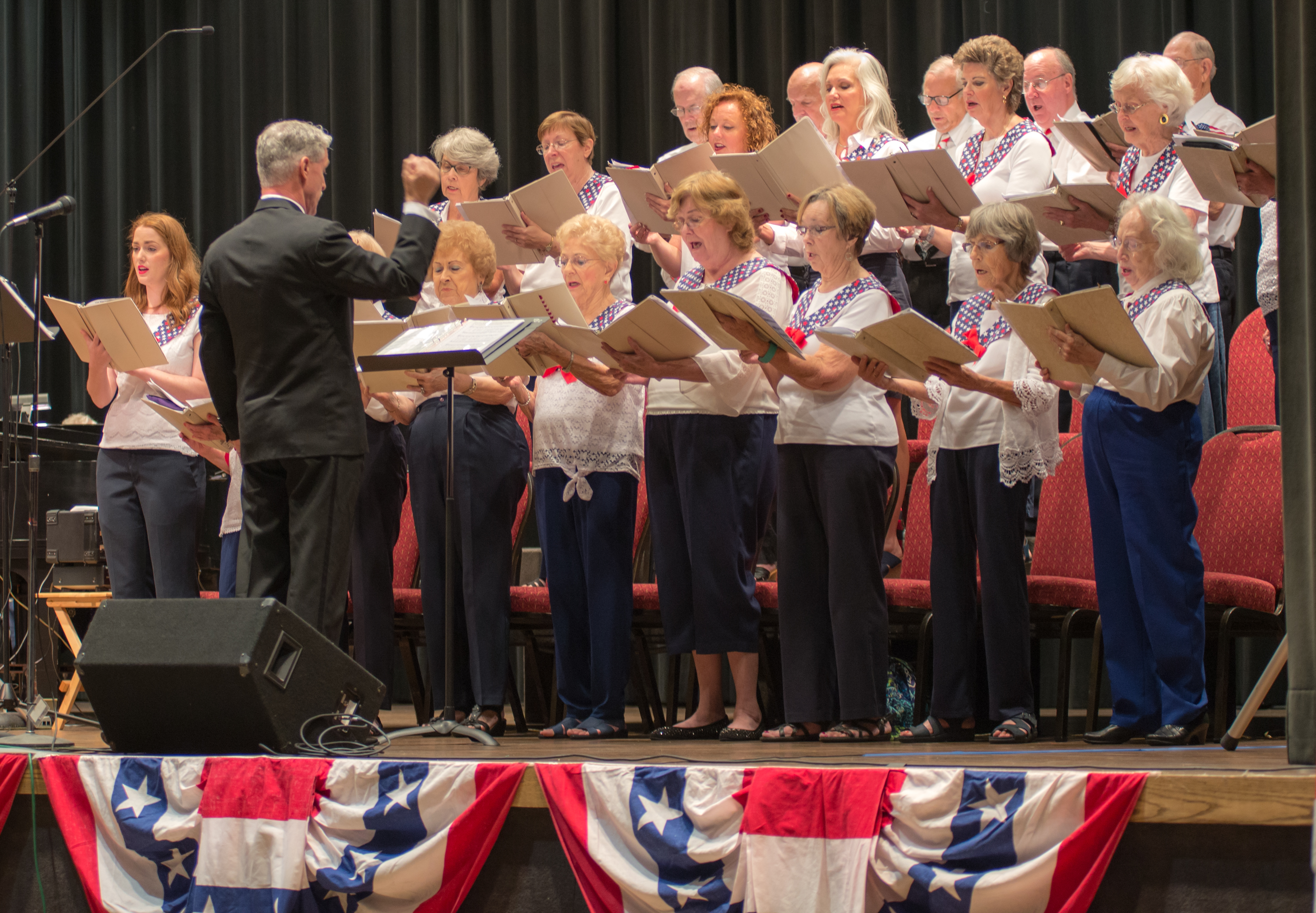 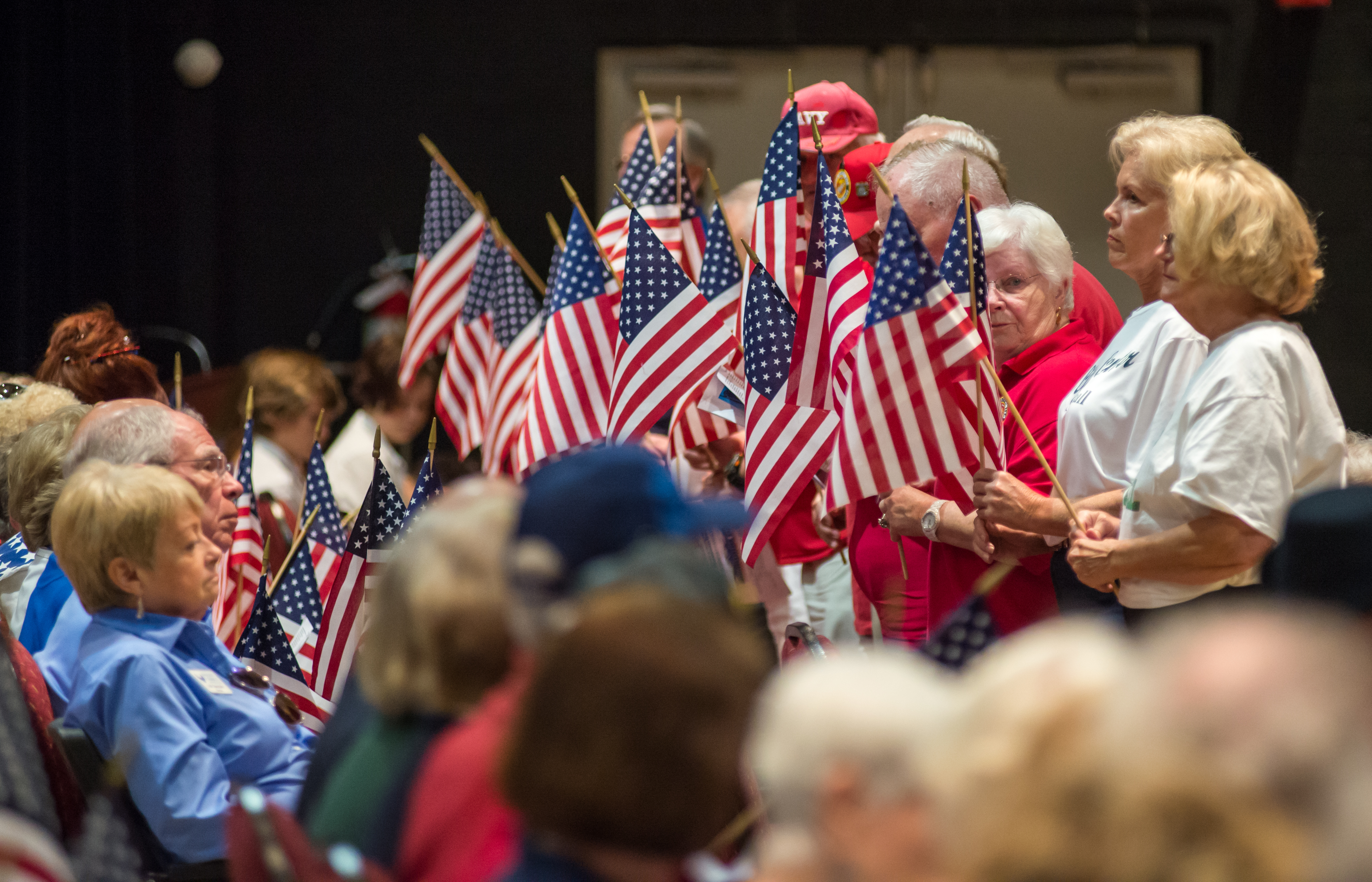 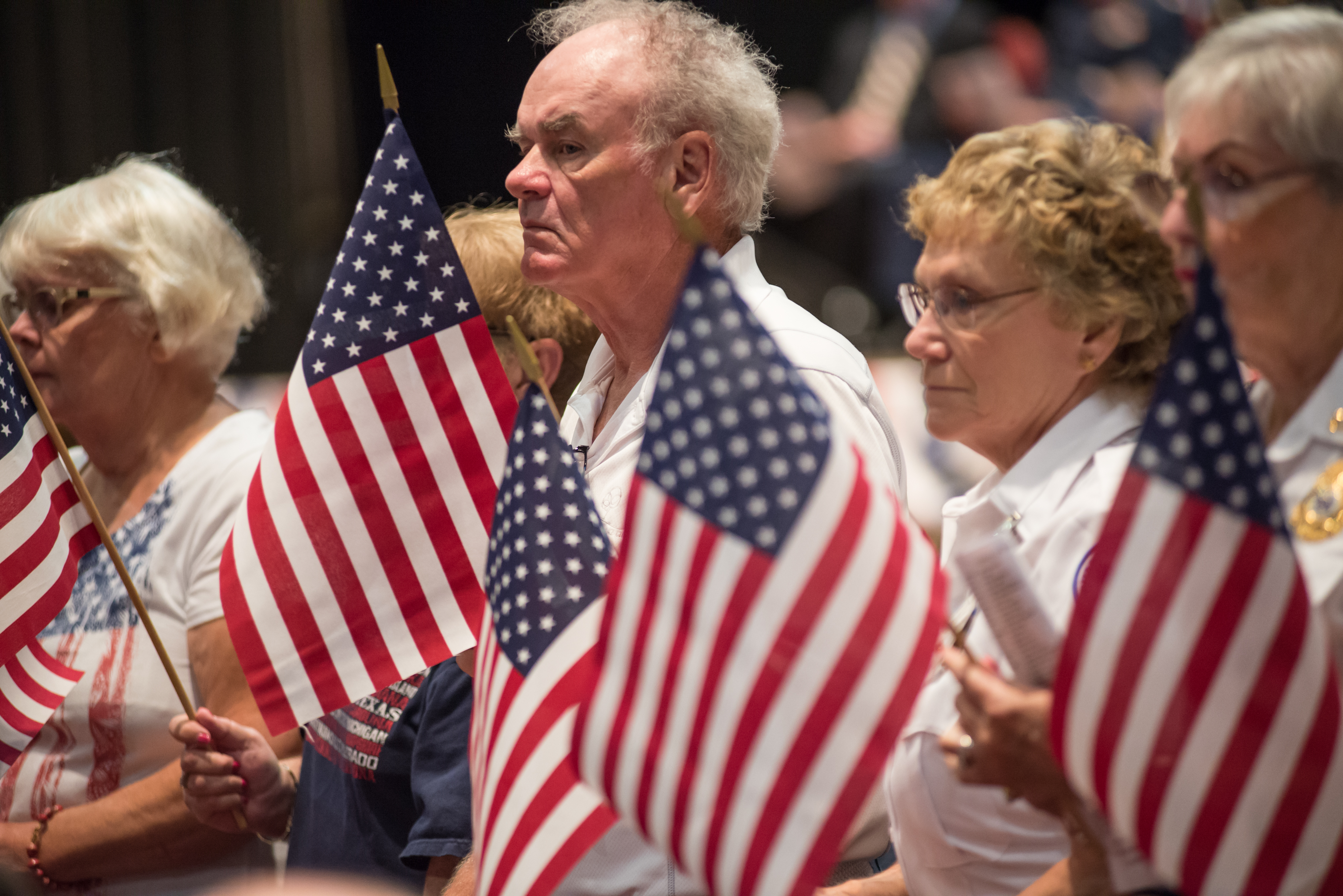 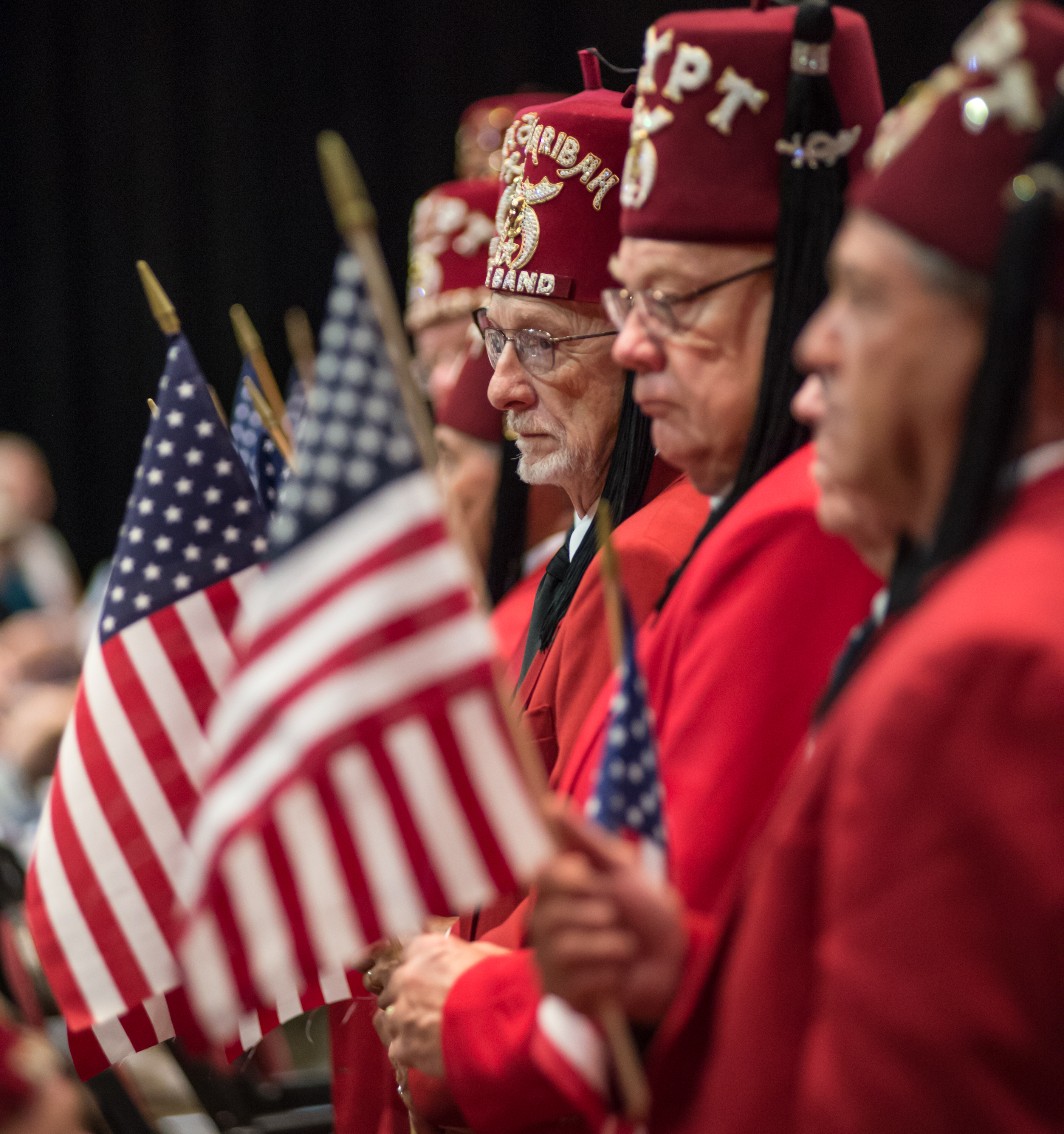 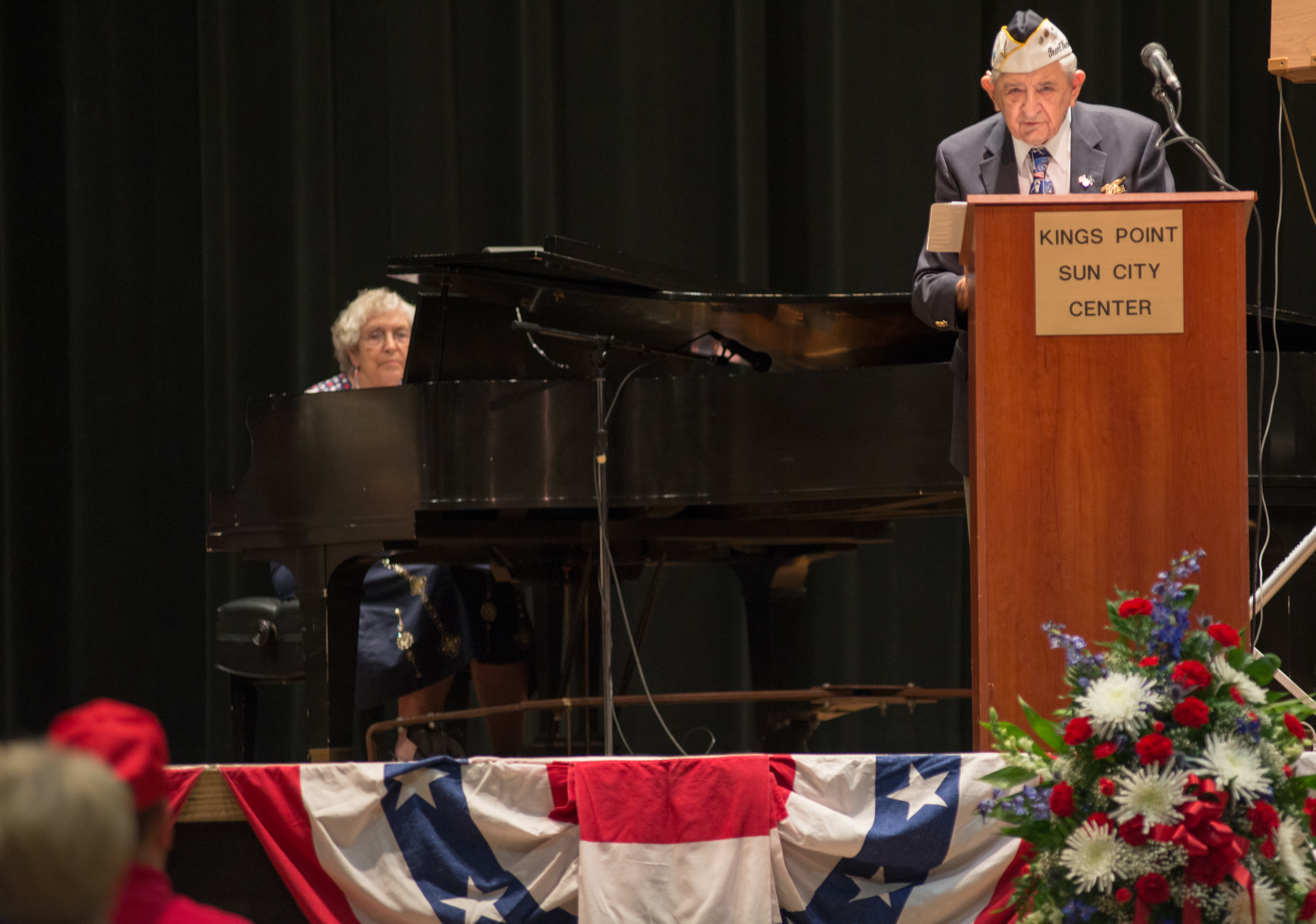 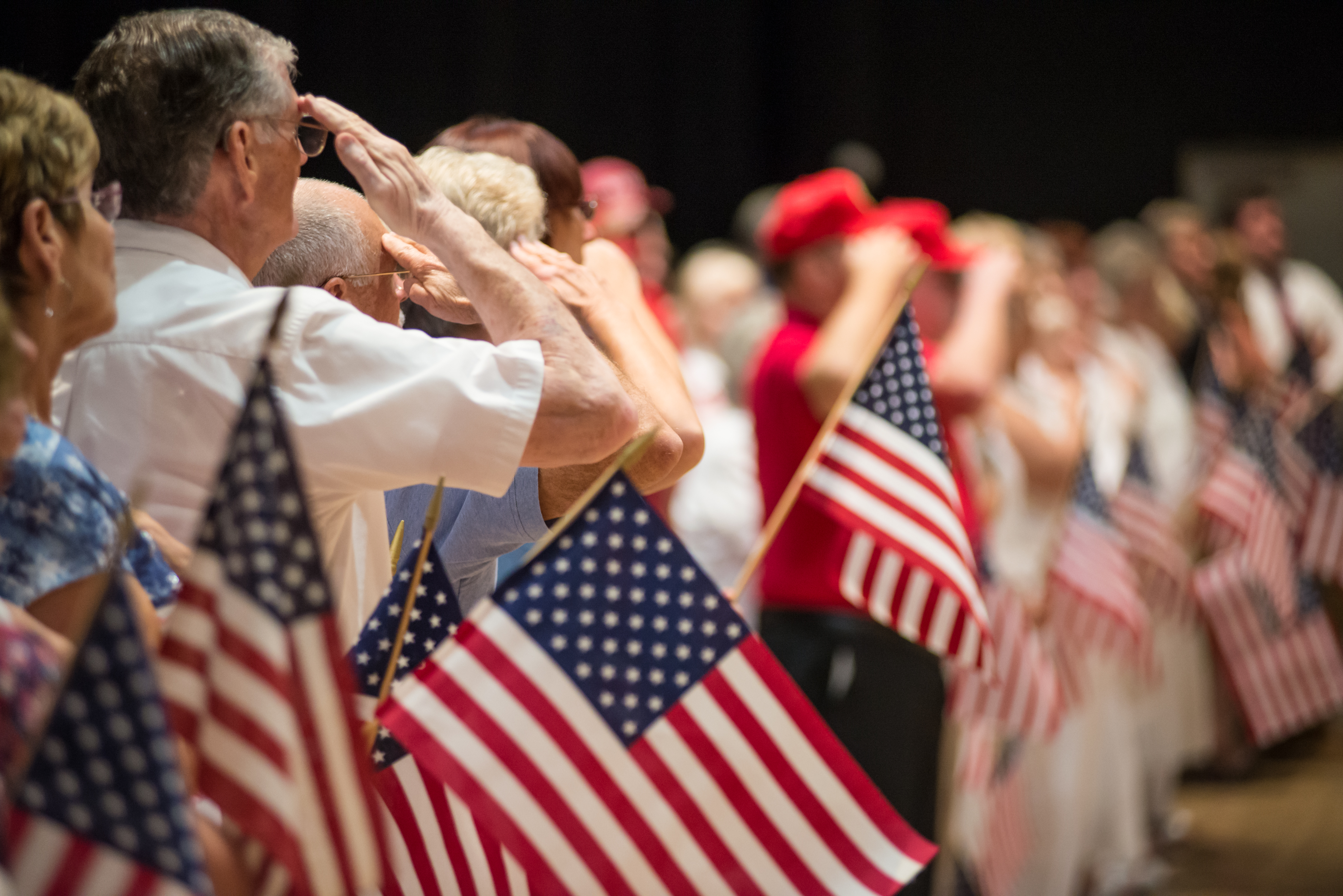 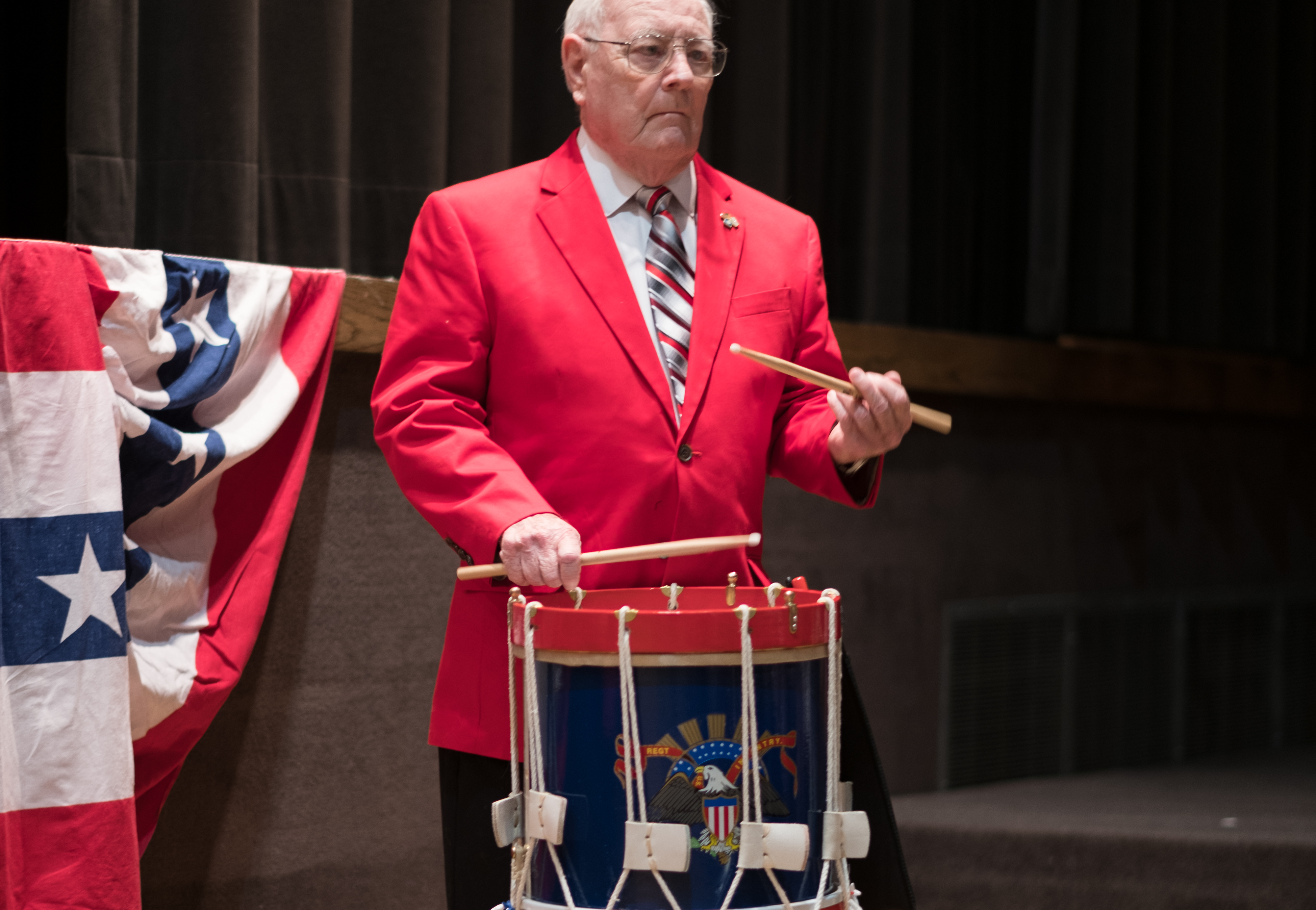 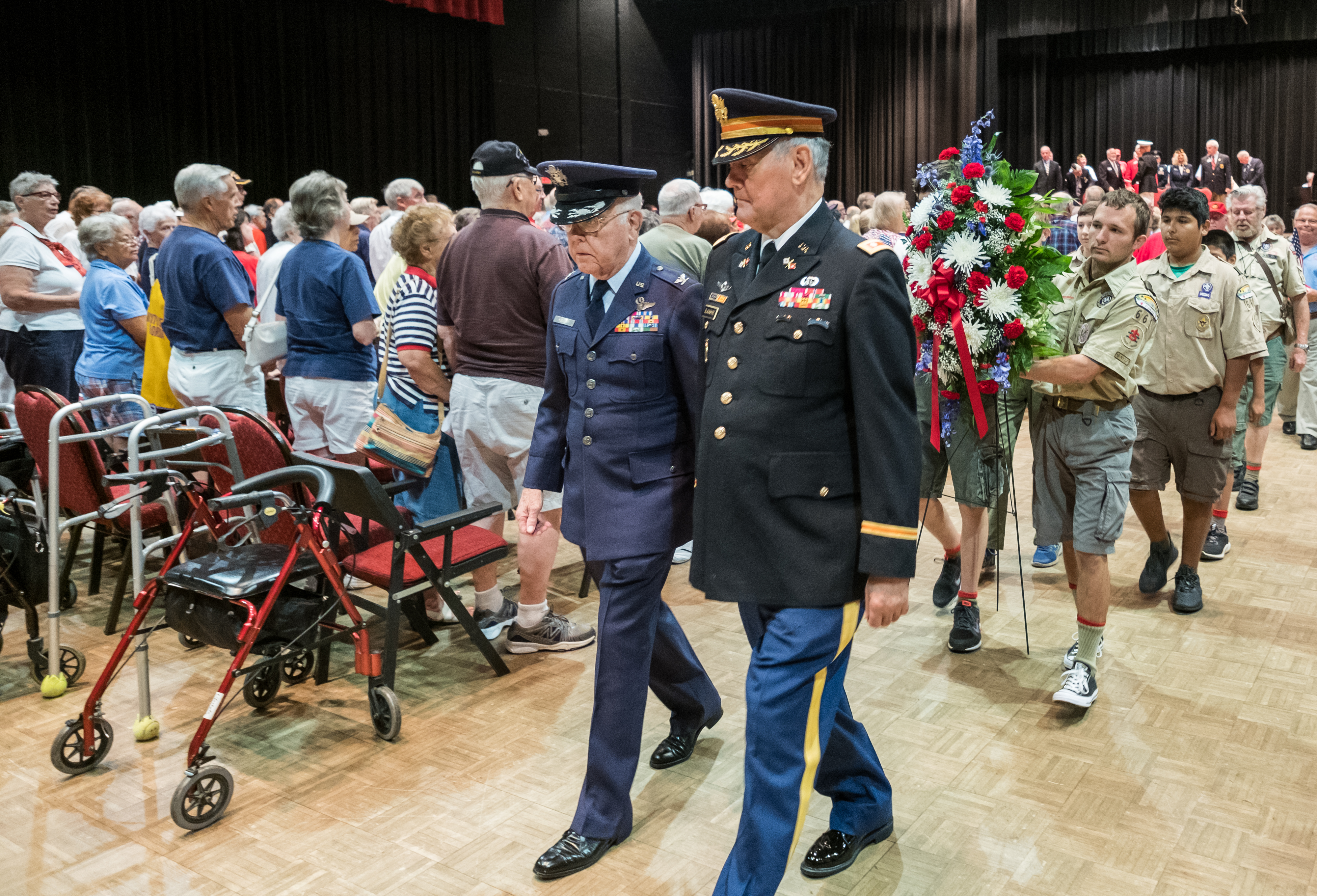 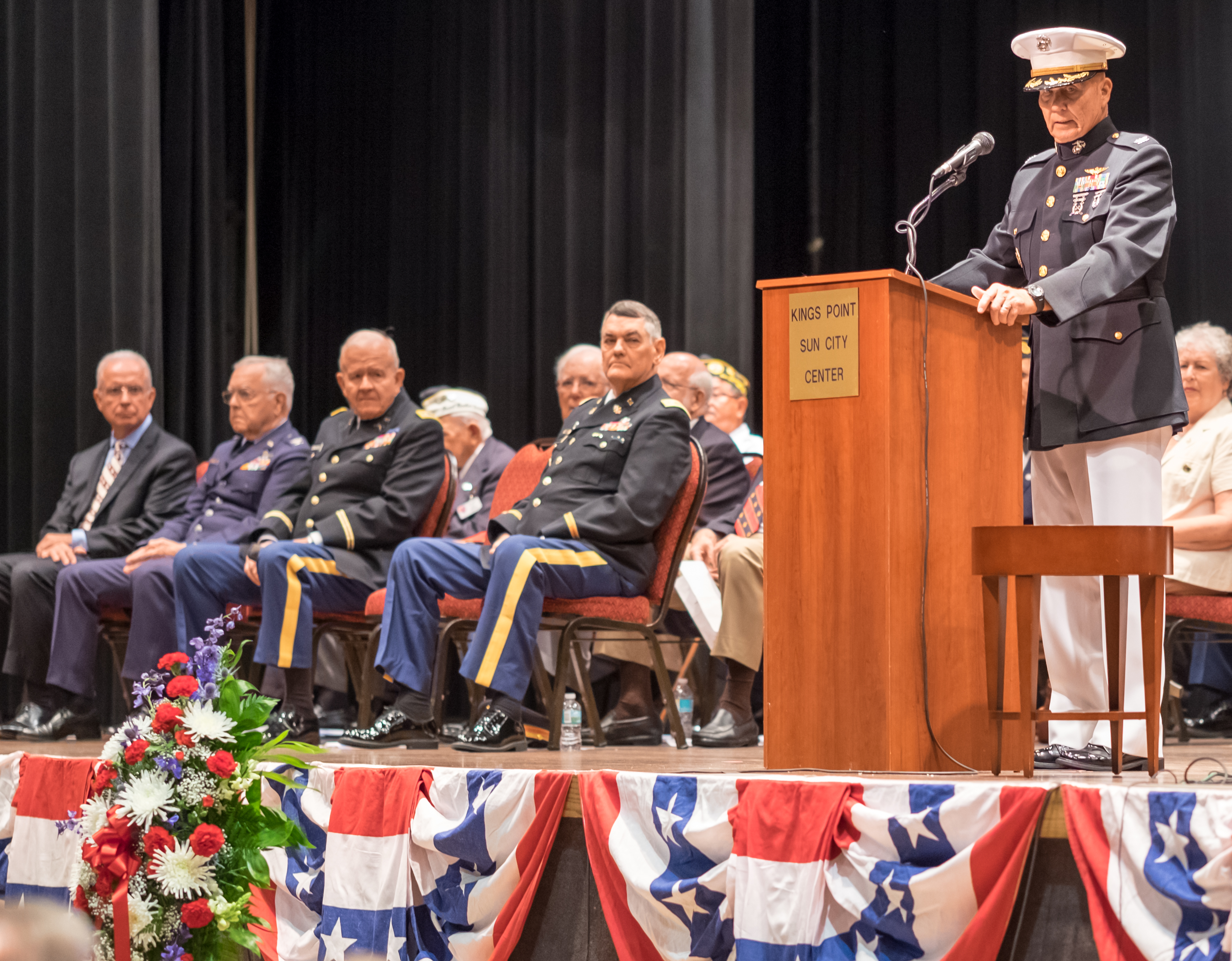 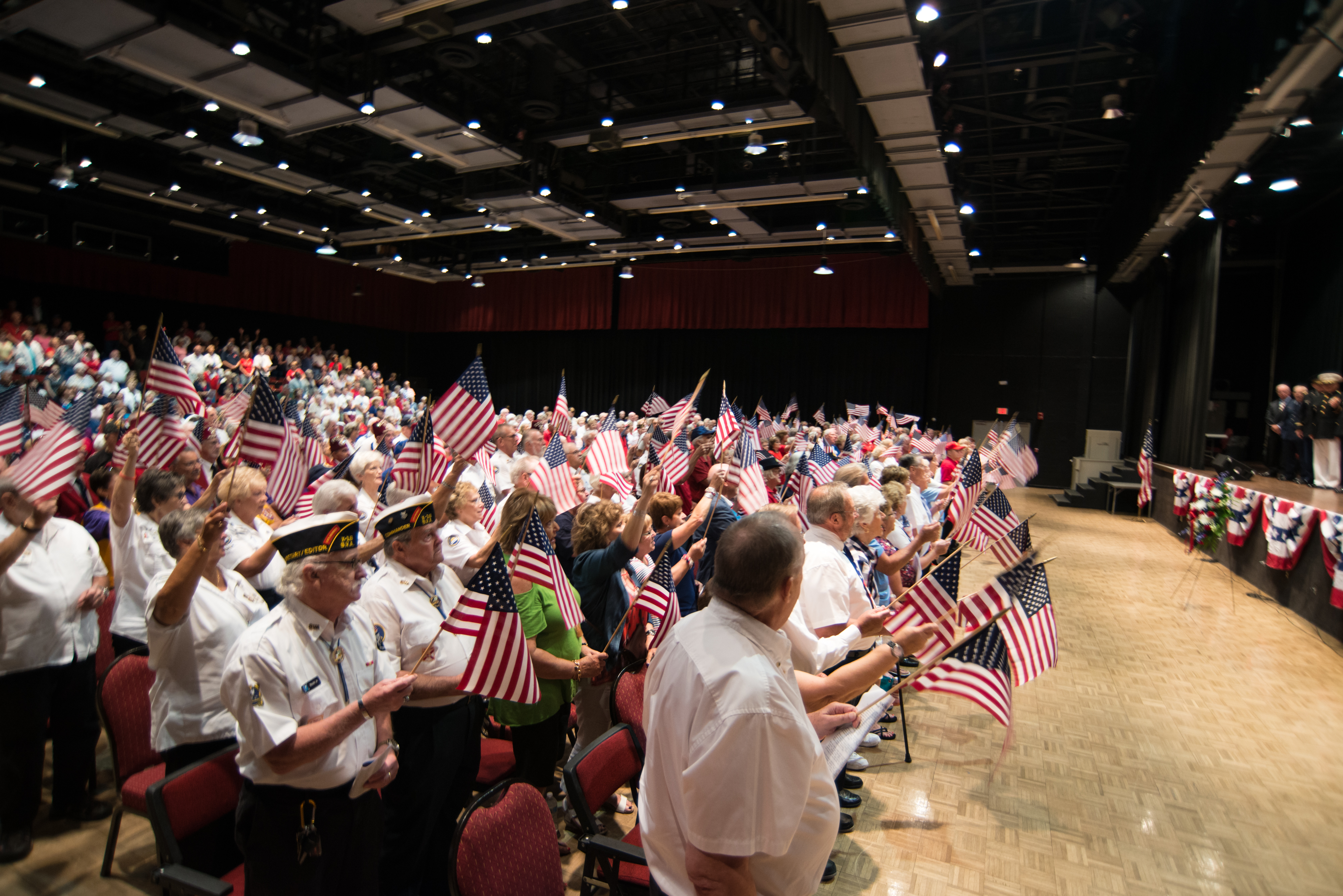