Observations: You CAN go home again 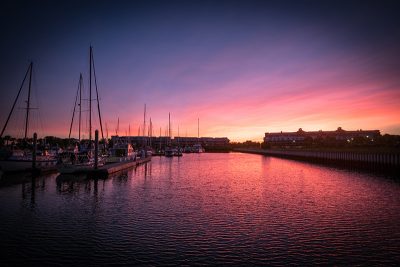 It is a city so cool, so dynamic, so powerful — more powerful than any individual resident, regardless of wealth or status — that they actually named it twice. New York, New York — the city that never sleeps, and sometimes rarely seems to even pause in its frenetic pace.

But all of that does little to describe the nation’s largest city. And it is large. You could combine the populations of Los Angeles and Chicago and still not top the 23.7 million people living in the New York Metropolitan Area. Nearly nine million live in the city itself.

I’ve been to several of the world’s great cities, but none are greater than New York. Despite the crowds and the tourists who cluster on crowded street corners or stop abruptly on the sidewalk, tourists omnipresent with some projections saying they will reach 70 million people, more even than Disney World. And despite all of that, I’ve always found New York to be an oasis of peace. It is a city that calms my mind. I may walk fast on the sidewalk, but my thoughts slow down. I love the fact that I can take a subway to Greenwich Village, to Midtown or to an ocean beach at Coney Island.

More than anything, I love the walking. There is no real need for a car; in fact they are often more trouble than they are worth, finding parking and then having to move twice a week for the street sweeper. I can walk to two decent grocery stores, a half dozen or more bodegas, more than a dozen restaurants. It’s all right there, no need to drive. Like everyone else there, we have our own shopping cart for groceries.

Finally, despite a reputation sometimes to the contrary, I’ve found that people who live in the New York area to be among the nicest, most polite people I’ve encountered. People stop to answer tourist questions or stop to make sure they don’t spoil a photograph. And without fail or exception, people always reply, “You’re welcome,” whenever you say, “Thank you.” If you happen to have grown up a typical Midwesterner as I did, when you say, “Thank you” for every little thing, that polite exchange can repeat itself any number of times in a matter of moments.

Even if you’ve never been there, be proud of New York. The U.S. flag flies more in that city than any other I’ve seen. It is the world’s greatest city and, as Americans, it is ours.

As I write this I’m on the Amtrak Auto Train, just entering Richmond, Va. I have a roomette to myself, the smallest of the first-class sleeper cabins. It was a long and stressful few days, culminating in the mother of all stressful days just to reach the Auto Train station a few miles south of Washington, D.C. The next stop will be Sanford, just outside of Orlando. There is no better way to drive I-95, the nation’s most heavily traveled freeway, than to not drive it at all. Somewhere behind me, in a rather monstrous train car — a double decker — is my rusty, trusty, new-to-me Jeep, loaded to near bursting with stuff for our new-again life in South Hillsborough.

The reality is, I have missed South Hillsborough. I missed the wonderful people at The Observer News and M&M Printing and, to be frank, I’ve missed you.

So, I’ve been hired to be the managing editor of the company’s four newspapers, The Observer News, The SCC Observer, The Riverview Observer News and the North Manatee Observer News. The offer, from CEO Wesley Mullins, was both an honor and humbling. Although I’ll be guided by the incredible talent of Creative Director, Chere Simmons, he is placing his newspapers and his trust in me. I will also be guided by Lois Kindle, the region’s consummate, outstanding news professional. David Payne, overseeing production, is a newspaperman with ink in his veins. I cannot let him down. Nor can I let down my memories of the late editor, Brenda Knowles, a woman I loved and admired dearly. There are more examples; The Observer has a very long and noble history and I’ve been with the paper long enough to know that I have incredibly big shoes to fill. This is an honor that I will ceaselessly work to earn.

I can only guarantee this: I won’t be perfect, but I will try and will never stop trying to reach that highest objective. I will work hard to help inform you, entertain you, and sometimes, unfortunately but possibly, to sadden you. The news is important and no one covers South Hillsborough and North Manatee counties like we do. I will do my best, along with everyone at The Observer News, to keep you informed at all times. While we are, and shall remain, a group of weekly newspapers, we are soon to become a daily website.

Equally important, I promise that I will listen to you. Among the greatest blessings of my life has been to work with the amazing and sincerely caring people at this newspaper. But none of that would have happened if not for you. We certainly live in interesting times and while not all the news is good (and we are obligated to share that), I promise that I will work to keep The Observer, the “good news newspaper.” I promise, this newspaper will be a place to find the real America, the real Florida, the true humanity in our lives.  Good news happens every day here, and those stories deserve to be told. I promise you they will be told in these pages.

Of all the places I’ve been blessed to visit in my life, I truly love New York, New York, the city so big in every sense that it needed to be named twice. But it’s time now to go home, to the place where I’ve spent more of my life than any other. I have missed it, I have missed you. I hope to hear from you via e-mail, at local events or even in the grocery store.

Oh, and our new-to-us house, right here in South Hillsborough? It’s in walking distance to a Publix and seven restaurants.

It’s good to be home.