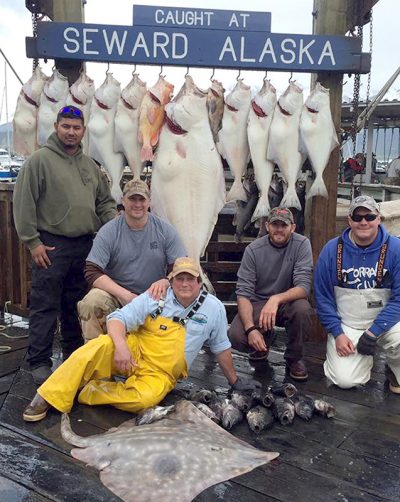 After serving the country for 20 years, retired Army Lt. Colonel John McDaniel wanted to do more.

He developed the idea of helping combat-wounded veterans during his final tour of duty at the Special Operations Command at MacDill Air Force Base in Tampa.

“I began out by taking wounded warriors from the James A. Haley Polytrauma Rehabilitation Center on fishing trips to Tampa Bay and the Florida Keys and hunting and fishing trips to my property in Wisconsin,” he said.

“I saw the impact (those trips) were making and thought there would be others interested in helping. I was winding down my military career and thinking about how I could combine my passion for nature, the military and combat wounded veterans.”

So that’s what he did.

McDaniel founded the Wounded Warriors in Action Foundation in 2007, a 501(c)3 nonprofit. Headquartered in Apollo Beach, WWIA collects donations to fund outdoor experiences for combat-wounded men and women awarded the Purple Heart. Any Purple Heart recipient, regardless of the era they served, is welcome to participate by applying at wwiaf.org.

“We provide world-class outdoor sporting activities to recognize and honor their sacrifice,” McDaniel said. “The trips provide an opportunity for Purple Heart recipients to connect and promote healing and wellness through camaraderie and a shared passion for the outdoors.” 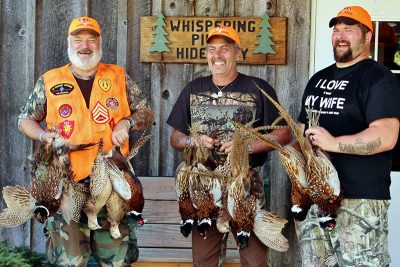 A group of combat-wounded veterans return from an all-expenses-paid outdoor hunting excursion. The trip was provided by Wounded Warriors in Action to honor and recognize their sacrifices.

“Last year we served 283 Purple Heart recipients through 53 events in 35 states and two foreign countries (Canada and Mexico),” said Samantha Samson, WWIA’s development coordinator. “I hear back from many of these heroes who say they enjoy being part of a unit again, being back in action and getting an operations order like they did in the military.”

The latter is an itinerary of what they’re going to do, who’s going, weather conditions and other information.

“It breaks down everything that’s going to happen, Samson said.”

Here’s how it works.

The organization raises money from private donations to fund free hunting and fishing excursions that would normally cost the wounded veterans thousands of dollars, if they were to take a similar private outing. The activities are done in small groups of three to five Purple Heart recipients with a certified, WWIA guide (also a Purple Heart recipient) over two to three days. Each trip is designed to deepen bonds between the participants and provide them with peer-to-peer interaction. 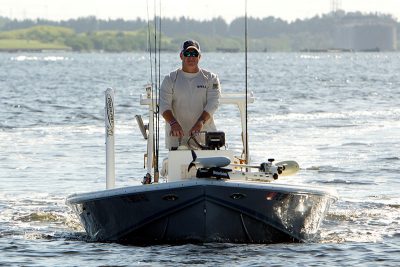 Retired Army Lt. Colonel John McDaniel developed the idea of helping combat-wounded veterans during his final tour of duty at the Special Operations Command at MacDill Air Force Base in Tampa. He founded the nonprofit Wounded Warriors in Action in 2007.

“I took everything I learned over the 20 years I was in the military and essentially militarized a nonprofit,” McDaniel said.

What that means is Wounded Warriors in Action is highly organized, cost-effective and efficient. During the organization’s last fiscal year, 89.6 percent of all donations directly supported WWIA events. The remaining 10.4 percent went toward administrative overhead.

The nonprofit group is a Gold Star Platinum-Rated Charity, a Great Nonprofits 5-Star Charity and a federation member of America’s Best Charities. It also was recently awarded the Seal of Excellence by the Independent Charities of America.

One-through-five star corporate sponsorships are available, and individual donations of any amount are welcome. You can also help by fundraising, offering your services or expertise or referring a Purple Heart recipient to WWIA. 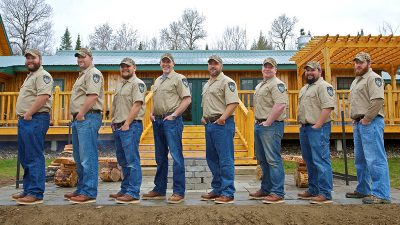 WWIA-certified guides, who are also Purple Heart recipients, graduate from a training program the nonprofit organization operates in conjunction with the Department of Veterans Affairs and Maine’s Outdoor Learning Center. Each outdoor excursion WWIA provides combat-wounded veterans includes one of these volunteer guides. Wounded Warriors In Action Photos