Home News The Cross and the Light
News

The Cross and the Light

The Cross and the Light

to take the stage at St. Stephen

St. Stephen Catholic Church is flinging open the doors to its new sanctuary off Boyette Road with a faith-based Broadway-caliber musical, a gesture to invite the community in next month. 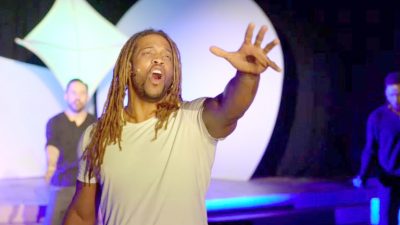 St. Stephen Catholic Church off Boyette Road is showcasing its new sanctuary by bringing the traveling musical The Cross and the Light to the church May 18-21. The troupe includes Kenny Watson, performing the part of Jesus. Tickets can be purchased online or in blocks by e-mailing the church.

At the same time, it is an opportunity for the church’s 4,800 families to welcome those in the community who might have moved to the area recently and are looking for a church home.

“Typically, this is a show churches charge $40 or $50 a ticket, because it is not inexpensive to bring it in,” said Mary Owens, who spearheaded sponsorships for the performance. “It was important to us to keep the tickets reasonable so more people in the community could come and enjoy the show.

“God worked on a lot of hearts, and the church reached its goal of $40,000 in sponsorships,” she said.

“The traveling musical is by far, the largest production St. Stephen has ever put on,” said Jack Metz, co-chair for the event. 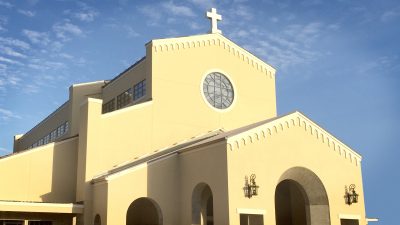 There are seven performers in the production, written by Kelly Nieto. “She has her own conversion (to Christianity) story that is powerful, and she has gone public with it,” said Metz. “It’s her personal story of finding Christianity.”

The new St. Stephen sanctuary is located off Boyette Road at 10128 St. Stephen Circle, Riverview, right next to the church school. During the performance, the sanctuary seats 940, Metz said. At least 8,000 are expected to attend the show.

“The church leaders were looking for something to celebrate the opening of the church and Fr. Curtis (Carro) was in St. Augustine, where they had just performed The Light and the Cross,” Owens said. “What moved him was seeing college students so fired up for the Lord after attending this. He was at an event with another church official, and he said it was the first time he ever saw that priest speechless,” she said, laughing.

Carro returned to Riverview and went to the pastor, Fr. Bob Schneider, with the idea of bringing the traveling show here. “Fr. Curtis is involved with HOPE, which is Christian churches banding together to solve community problems,” Owens said. “He has gotten to know a lot of churches and their congregations in this area and knows this show is attractive to any denomination. He wanted it to be a community event.”

For those interested in purchasing tickets, go to www.tctl-ststephencatholic.org. Tickets can be purchased with a credit card. 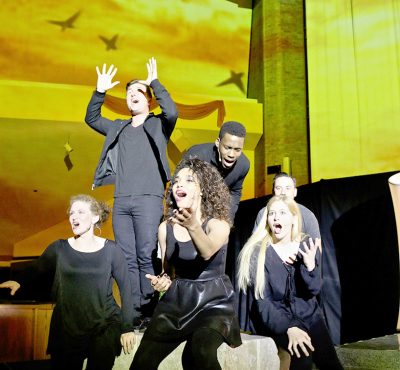 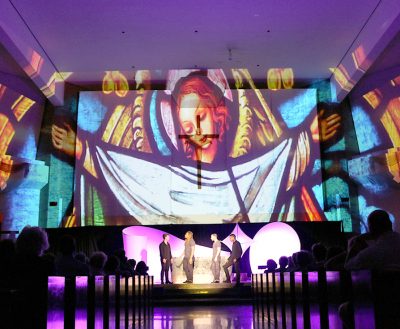 Also, the church has set aside blocks of seats for those who want to get tickets together. Anyone interested in block seating can e-mail tctl@ststephencatholic.org.

Metz said that just after the Christmas holidays, St. Stephen offered a Family and Friends ticket purchase for entire rows and several groups took advantage. The Saturday and Sunday matinees are already sold out. Tickets for all evening shows and the 2 p.m. matinees on Saturday and Sunday are still available.

“The grand opening is to show that we are a very welcoming church,” Owens said.

“We are not pulling members from other churches, but exposing our facility to the community because people want to see it,” Metz said.

“This is a first-class production that is truly state of the art and contemporary,” he said.