For at least two decades there has been talk of a multiuse trail from Parrish to Palmetto for pedestrians and bicycle riders.

With new sources of funding available, the idea was back on the table again.

Charlie Hunsicker, director of the Manatee County Parks and Natural Resources Department and his team, will present a Master Plan on the development and use of county recreational facilities to the Manatee County Commission on May 9.

The plan will include a revised greenway and trail map, including the proposed Parrish to Palmetto corridor. 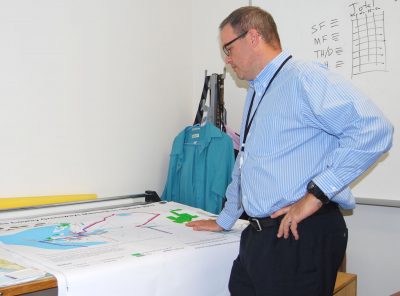 CARL MARIO NUDI PHOTO
John Osborne, infrastructure and strategic planning official for Manatee County, works on the map of a proposed greenway trail system that will be presented to the county commission on May 9.

“It would be great to have a trail from Parrish to Palmetto,” said Hugh McGuire, a life-long Parrish resident and community leader. “It would enhance the quality of life.”

McGuire is president of the Parrish Foundation, an organization that supports civic projects that help preserve Parrish lifestyle and history, such as the renovation of the Old School House on U.S. 301.

McGuire, who has been an attorney for more than 40 years, said he thought many Parrish residents would use the trail.

“We have so many young families out here,” he said. “At the Parrish Chili Cookoff last month the crowd was huge, and there were a lot of families with children.

“There has been talk for a long time about a greenway along the railroad right of way,” McGuire said. It would be safer because when I travel along Erie Road there are a lot of bike riders on that road.”

John Osborne, infrastructure and strategic planning official for the county, has been developing the greenway trail portion of the Master Plan that will be presented to the commission.

“We presented proposed greenway routes to the residents at public meetings in December and January to get input on what they wanted their recreational areas to look like,” Osborne said.

Participants said they wanted more trails, he said, but their locations and routes were generic. 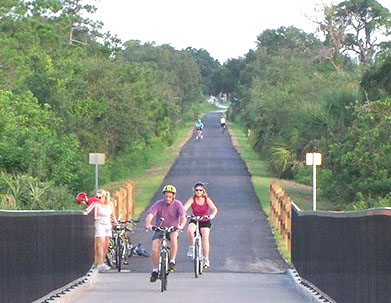 To help establish the trail routes for the proposed Master Plan, Osborne started with a map developed in 2002, but he said over that period several opportunities to obtain right of way land have disappeared.

But other proposed routes have been strengthened with the cooperation of current property owners.

For example, most of the proposed Parrish to Palmetto greenway will run along the Florida Power and Light Railway and Osborne said the power company indicated they were receptive to the idea.

Called the Willow-Ellenton greenway on the proposed plan, the trail will run from the old town of Willow, connecting with a Hillsborough County trail, through the Florida Railroad Museum property, and parallel to most of Erie Road.

Where Erie Road turns south near 69th Street East, the trail will continue southwest along the railway right-of-way until it connects to existing or proposed trails in Palmetto.

Osborne said a portion of the greenway from I-75 to near Memphis Road has been funded.

The funding is expected to occur in 2019, with the design work starting then, Osborne said. 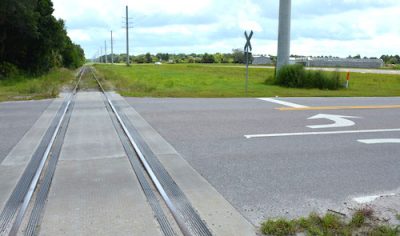 The proposed Willow-Ellenton Greenway trail along the FPL railway right of way will be near the new high school where it crosses 69th Street East at Erie Road. 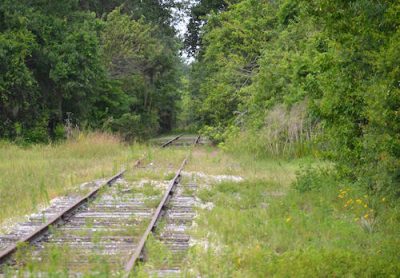 The FPL railway right-of-way shown at Ellenton-Gillette Road will be part of the proposed Willow-Ellenton Greenway trail.

And to fund the rest of the proposed trail, he said there are other state and national grants, and the local county impact fees, a one-time charge on new construction.

The fees are used to pay for new infrastructure demands created by new development, such as libraries and parks.

The trail plan Osborne will present to the commission not only has greenways, but will also include multiuse paths.

Osborne said the terminology for different types of trails can be confusing and sometimes used interchangeably.

But to simplify the proposed trail map, he used only two terms — multiuse paths and recreation greenways.

A multiuse path is a trail adjacent to a road, such as a sidewalk, and usually interrupted continually by driveways and road crossings.

It can be as narrow as 5 feet wide.

A recreational greenway is a limited-access trail with few driveways or road crossings and has to be at least 10 feet wide to receive state funding.

And because most greenways are corridors of open space along natural areas or railroad and utility rights of way, they usually offer a very natural and rural experience.

The Pinellas Trail in Pinellas County and the Legacy Trail in Sarasota County are examples of very successful greenways.

The Legacy Trail is a 12 and one-half miles long, limited-access trail along the former 100-foot-wide CSX rail corridor.

It stretches from just south of Clark Road in Sarasota to Center Road in Venice.

Osborne said the proposed Manatee County trail system plans to connect to the Legacy Trail with Sarasota County’s expected extension of that trail to the north. 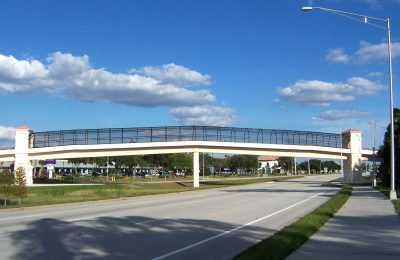 “The extension of the Legacy Trail is a top priority for our county commission,” said Jason Bartolone, media relations officer for Sarasota County.

“Our staff is working to explore funding strategies to acquire the right of way necessary to extend and construct the trail an additional 7 and one-half miles into downtown Sarasota.” Bartolone said in an email. “An extended trail has the potential to become a regional connection among Manatee, Sarasota, DeSoto and Charlotte counties.”

Osborne said it was important to provide greenways in Manatee County.

“Greenways get users off the road and away from traffic,” said Osborne, who is known by his fellow county workers for riding his bike to work in downtown Bradenton from his home in East Manatee County. 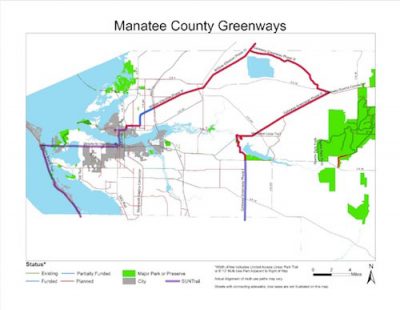 “Also, it is more cost-effective to build greenway paths on one side of the roadway than putting a bike lane and sidewalk on each side of a road,” he said.

County Commissioner Priscilla Whisenant Trace, whose District 1 includes many of the proposed greenway trails north of the Manatee River, said a county-wide trail system would be great.

“It’s a quality of life issue,” Trace said. “Every time I go to Pinellas County I see a lot of people using the Pinellas Trail.

“I think the people of Parrish also will use (a greenway trail),” she said.

█ The Manatee County Parks Master Plan can be found at previewyourstory.com/projects/2016/manatee-county/site/about.html