A highly successful charter school program that started in a Riverview storefront in 2003 is expanding at the urging of its students’ families.

Kid’s Community College just broke ground for a new 17,000 square-foot middle school and its first high school, which will be 24,800 square feet. Both are scheduled to open in August. 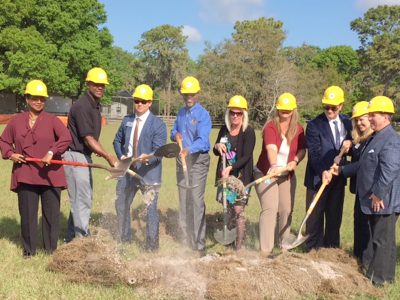 The expansion was born out of the parents’ desire to see their children continue to thrive in the kind of atmosphere KCC provides, said Todd Hammond, whose children have been at the schools at one time or another over the past decade.

All three of his children started at KCC in preschool. One is now at Bloomingdale High, one is in kindergarten at the charter school and one in seventh grade. With the new middle and high schools coming, Hammond plans to keep the children there for the duration, he said.

Kid’s Community College broke ground for the new middle school March 3 at Balm Riverview Road and McMullen Road. The groundbreaking for the high school on Johanna Road, which will open with grades 9 and 10, took place March 22.

“A lot of our families graduated out of K-8 and had to go to alternate schools,” said KCC Community Relations Advisor Vonni Guthrie. “They wanted to continue with the experience.

“Each year, students tier up, grade by grade,” she said. “This first year, we expect to have an additional 350 students. Each year, the high school will add a grade level.” 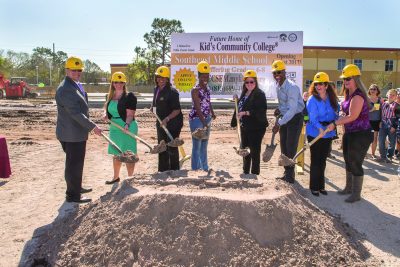 Kid’s Community College, a Riverview-based charter school, is expanding, this year adding a new high school and middle school, which are both scheduled to open in August.
Kevin King, Majestic Photography

“We love it,” Hammond said. “One of the big things that I would promote is that they have individual development plans, where they actually go through an assessment of your child to see how they learn, whether it’s visually, hands-on, auditory or whatever it is. And they do this every year, so no student is stuck in a box where they don’t belong.”

That was a huge selling point for the Hammond family, he said. That, and parental involvement. For each child, parents are committed to volunteer at the school for 20 hours during the school year. For the Hammonds, that’s 60 hours, and they don’t regret a minute of it.

“Because there is so much required parent involvement, the kids are more likely to do what they are supposed to do. They know parents will be there,” Hammond said. He believes that is why the KCC schools have so few disciplinary issues. “They know parents’ eyes are on them.

“Once you do that volunteer work, you realize you actually enjoy being there and being engaged and participating in things going on in the school,” he said. “It’s not a death sentence to do 20 hours per child. It’s actually a good thing.”

Another big plus is the smaller class sizes, Hammond said. “I’ve never seen a classroom there where the students were overwhelming the teacher.” 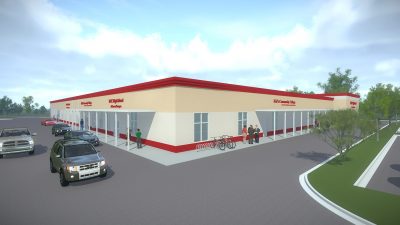 Students at KCC are always working a grade level ahead. Kindergarteners are doing first-grade work and seventh graders are doing eighth-grade work. They enter high school with four high school credits, which, Hammond said, could easily allow them to get an associate degree before they graduate.

Students attending the new high school will each receive a laptop, Guthrie said. The school will be very much technology savvy. “It’s no longer chalk and talk,” she said. “You have to engage and be interactive to keep their attention.”

The charter school, like all charter schools, is tuition-free with most funding coming from the state. But the Campus Parent Advisory, much like a traditional PTA, does host fundraising events for specific items or general needs at the school, Guthrie said.

“The reason for the parental involvement is the school really takes on the culture in the form of the parents, and we want them to be part of the experience,” she said. “It builds a certain culture and environment. Volunteerism is part of the compact.”

To learn more about the schools, visit www.kcchs.mykidscc.org.