For the seventh year in a row, piles of fresh Louisiana crawfish are about to arrive in Hillsborough County, where they’ll be boiled up, paired with potatoes and corn and served to thousands ready to get their southern on. 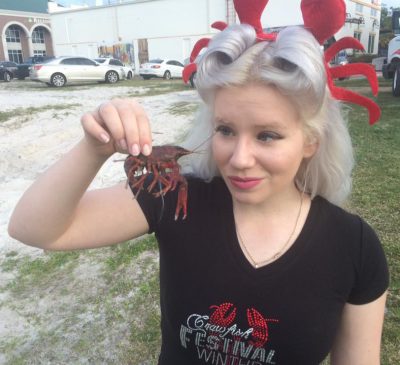 FISHAWK-RIVERVIEW ROTARY PHOTOS
Jessie Jordan has some fun during the 2016 Rotary of FishHawk-Riverview Crawfish Festival, which takes place this year on April 22 at Winthrop Town Centre.

The Rotary Club of FishHawk-Riverview Crawfish Festival is the club’s signature fundraiser, and again this year it takes place at Winthrop Town Centre April 22 from 11 a.m. to 4 p.m. For those who want to enjoy a plateful of mudbugs, as they are affectionately known in the Bayou State, order tickets in advance by going to www.luvcrawfish.com.

Winthrop Town Centre is located near the intersection of Bloomingdale Avenue and Providence Road. The festival takes place in a park behind the restaurants on the east end.

Admission to the event is free, but for $25, each plate comes with 2 to 3 pounds of steaming crawdads, plus veggies, said Lisa Jordan, this year’s chairwoman. Jambalaya, étouffée, burgers and gumbo will also be available for purchase, along with several dessert choices. Soft drinks and beer will also be for sale.

The club is also selling event T-shirts. “This year, we’re bringing back the bling T-shirts with the words ‘peace, love and crawfish’ emblazoned on the front,” Jordan said.

“This thing is really growing,” she said. The club raised $7,000 for charities and scholarships in 2015, based on food sales and last year, that revenue jumped up to $17,000, all for great local causes.

Mike Broussard, the mastermind behind this fundraiser and a former Cajun chef, said he expects to haul in a ton or more of the tasty crustaceans this year.

He and past-Rotary president Elijah Heath came up with the idea as a fun way to bring the community together and raise much-needed funds for Rotary projects. 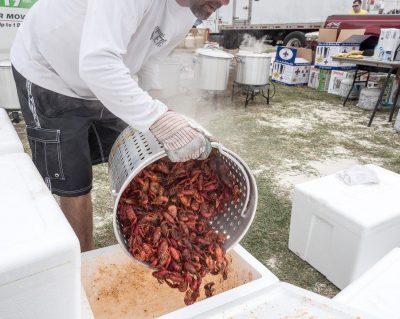 For $25, visitors to the 7th annual Rotary of FishHawk-Riverview Crawfish Festival will get 2 pounds of fresh Louisiana crawfish with corn and potatoes. Many other southern dishes will also be for sale during this year’s event, April 22, at Winthrop Town Centre.

“We’ll decide on the final amount based on ticket sales,” Broussard said. “It’s interesting, sales are slow to begin with, but then it takes on a life of its own.

“We’ll start cooking around 7 a.m. in the morning,” he said. “In the first five years of the event, I cooked everything. For the last two years, I’ve gotten Roux involved to help me. It (Roux) is a restaurant on South MacDill Avenue in South Tampa. Suzanne and Roger Perry, who are also the owners of Datz, have stepped up as sponsors to help us out. They’ll make everything but the crawfish, including red beans and rice.”

Some people attending the event really get into the spirit, wearing crawfish hats and comical shirts, dancing and enjoying games with their children. Otis Velt and the Old-School Band will entertain throughout the afternoon.

For those unfamiliar with crawfish, which resemble miniature Maine lobster, they come from freshwater bayous, not the ocean. They have become the symbol for Cajuns, people of French-Canadian descent who settled in Louisiana after being forced out of Nova Scotia by British troops, according to crawdaddies.com.

Crawdads are more tender than lobster, and some say have a unique flavor. These days, in addition to their traditional home in the bayous, mudbugs are also raised commercially and are an important part of Louisiana’s economy. 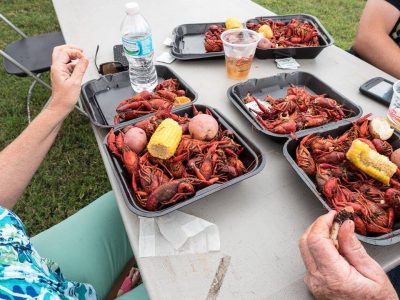 Platesful of 2 to 3 pounds of steamy crawfish, corn and potatoes can be purchased in advance for the 7th annual Rotary of FishHawk-Riverview Crawfish Festival, set for April 22 at Winthrop Town Centre.

Crawfish boils are the traditional way to enjoy these crustaceans, with friends and families gathering to feast on these icons of spring.

Even before the Cajuns arrived in Louisiana, Native Americans harvested crawfish. They’d stick pieces of venison onto reeds in the water, then wait for the crawfish to latch on.

The crawfish, which today are caught in nets, were named the Louisiana state crustacean in 1983.

“I didn’t know what to expect when we started this seven years ago,” Broussard said. “But, it’s right on track to what our goals are, as a club, in providing support we can to the community.”

In addition to stuffing one’s face with all these southern specialties, there are other ways to get involved in this event, including sponsorships and volunteering opportunities. To learn more about those, visit fishhawkriverviewrotary.org/crawfish-festival. 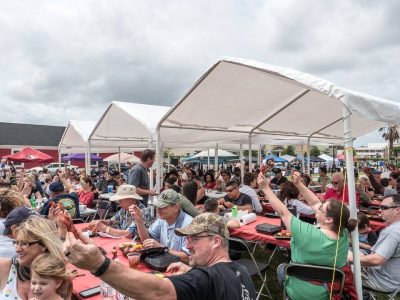 The crowd gets into the spirit during the 2016 Rotary of FishHawk-Riverview Crawfish Festival. The event is a major fundraiser for the club, with proceeds going to pay for local scholarships and help regional charities. 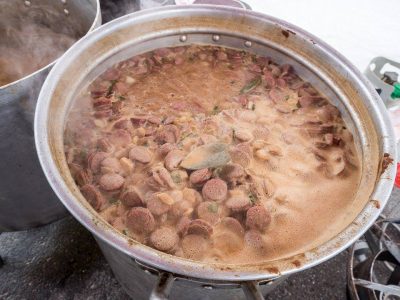 Fragrant jambalaya is one of a number of southern specialties that will be for sale during the Crawfish Festival. 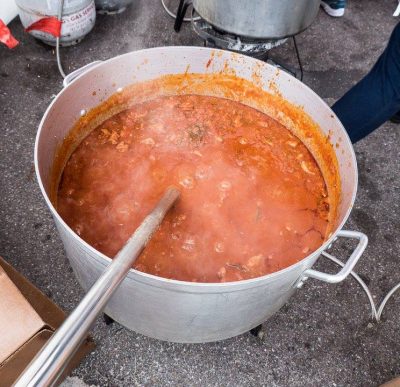 Gumbo is on the menu April 22 at the Crawfish Festival.