The Latin Bistro in Riverview opens quietly to rave reviews 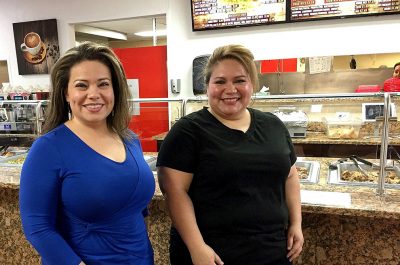 A new Riverview eatery has area residents singing the praises of Latin food. Located in the former ABC Pizza building at 7210 U.S. 301 S, it offers a diverse array of Cuban, Spanish, Puerto Rican and South American foods.  “That’s why we called it The Latin Bistro,” said Alba Courbat, who opened the restaurant in mid-January with her sister Rosie Rugana. “We want our food to be a little from everywhere.”

“The food is fantastic. I highly recommend it,” said Julie Collins, a Land O’ Lakes resident who works in Riverview. “This is my second visit in two weeks. The service is fast, the staff is friendly and everything’s delicious. You’re treated like family here.”

“The food is very good. It’s very authentic Latin cuisine,” he said, polishing off a plate of picadillo. “This is my first time here, and I’ll definitely be back.” 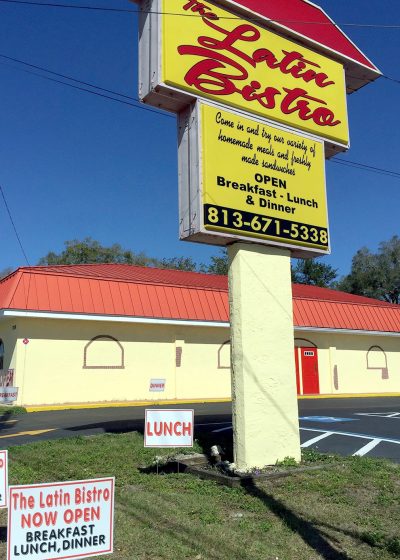 Courbat, 40, and Rugana, 38, have come a long way since the days they were raised in Venezuela. Born in Tampa, they moved to the South American country when they were very young, then returned to the states with their family and settled in the Clairmel area. Both sisters graduated from Brandon High School.

Rugana founded the Palm River Café in 1999 with their mother, who still works at the popular eatery. Courbat worked in the insurance business at the time.

“Rosie was always saying she’d like to find a place to start a restaurant like the café in Riverview, a place where you could eat fast but not fast food.”

When their mother saw a For Lease sign on the ABC Pizza building last year, the sisters rented it in March, applied for permits and turned its former pizza kitchen into a fully operational commercial kitchen.

“We will landscape and improve the dining room as we can afford,” Courbat said. “We just opened the door. We didn’t even have a banner.” 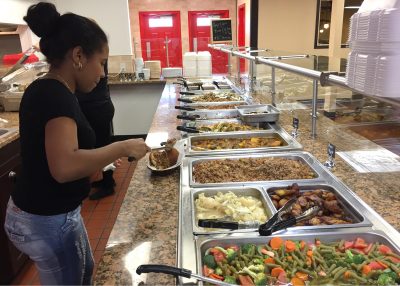 Breakfasts range in price from $4.99 to $8.99, with an array of platters of eggs, grits, home fries and toast, breakfast sandwiches, fresh omelets and sides, including Cuban or cheese toast.

Ten-inch sandwich options include a tasty Cuban, medianoche, steak and cheese, pastrami and more. The cost is either $7.99 or $8.99.

And anyone with a sweet tooth has a choice of tres leche, coconut, caramel or cheese flan or guava pastry for dessert.

The food is prepared by Chef Roberto Gomez, who graduated from culinary school in Cuba and has been cooking for 18 years. 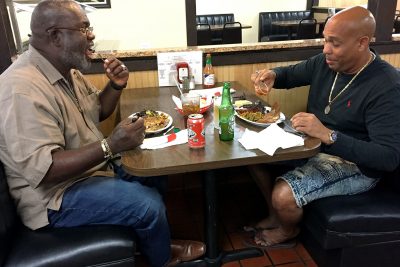 “The food is like back home,” said Davidson Charlemagne, a Virgin Islands native dining with his friend Zefo Thomas. “We’ve been here four times in the past week. The food is truly Latin-flavored. It’s really good.”

The Latin Bistro, a member of the Greater Riverview Chamber of Commerce, is open from 7 a.m. to 8 p.m. Sunday through Thursday and 7 a.m. to 9 p.m. Friday and Saturday. Catering for any size event is available, as are call-ahead orders and takeout. All major credit cards are accepted. 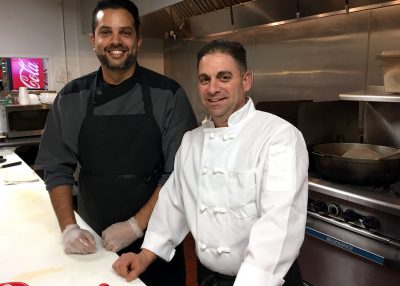 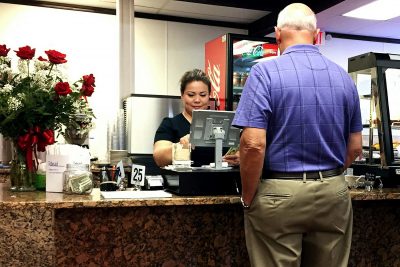