Ruskin woman thrives on serving others 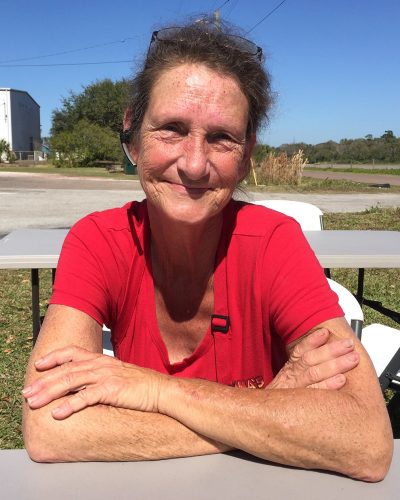 Ruskin resident Debbie Jasmer has come a long way since she moved here in 1982. Today she owns and operates the WHYMAMA’S Finger, Fist & Fork food truck on College Avenue, where she prepares and serves homemade fast food, and she serves the community as an emergency medical technician for the Sun City Center Emergency Squad. Jasmer was in the news recently when she triaged victims of an accident while she was off duty from the squad and provided CPR to a 3-year-old boy until further help arrived.
LOIS KINDLE PHOTO

When Debbie Jasmer moved to Ruskin in 1982, she had no idea she would one day own a business. The Seattle resident had married her first husband at age 15 and never even held a job.

“This was as far as I could go and still be in the continental United States,” she said of the move. “I had been married 10 years, was newly divorced and had two small kids. I had no diploma and no job skills, so I started working in fast foods.

Her journey had a bumpy start.

The year after she came to Ruskin she married her second husband, who had a teenage daughter. The following May the girl was killed in a hit-and-run accident on S.R. 674 while she was riding a bicycle to go buy Mother’s Day cards.

At the time, Jasmer was working in real estate, but the pace was slow and gave her “too much time to think,” she said. “I needed more physical activity.”

So she began working as a kitchen manager at Saint’s Landing, a three-story restaurant in Apollo Beach, which closed in the early ’90s and burned down shortly after. She worked at the restaurant for almost six years.

“That job changed my life,” Jasmer said. “I learned everything I know about restaurants and running them in that building.”

From the time she left Saint’s Landing until 2015, Jasmer gained additional food industry experience at Shoney’s and other area restaurants; owned and operated a ceramic business with her mother for 12 years; handled customer complaints at Home Depot’s corporate office in Brandon; and worked as a flooring specialist at the Ruskin Home Depot. While working at Home Depot, she took a second job doing contract work for a marketing company to earn money to pay property taxes on land she inherited after her mom died. There she set up meat and seafood displays at Winn Dixie, Save-A-Lot and Walmart and marketed the products.

A place of her own

Two years ago, Jasmer got the idea to operate a food truck. She bought an old Coca Cola trailer, which she remodeled a bit at a time and completed last September. 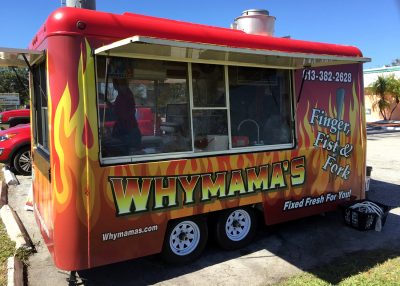 The WHYMAMA’S Finger, Fist & Fork food truck is an old Coca Cola trailer Debbie Jasmer purchased and totally converted as she had the money to do so. The project and permitting process took about two years.
LOIS KINDLE PHOTO

While awaiting permits, she learned about getting the mobile eatery up and running from other area food truck operators. WHYMAMA’S Finger, Fist & Fork opened in November 2016.

Jasmer’s menu is varied for a place that sells homemade fast food.

The Fist foods, include quarter-pound, freshly hand-ground burgers that can be customized any way her customers want and Italian beef, BBQ pork, Spanish pork, chicken, pork chop and Cuban sandwiches. All items are made to order.

Jasmer’s menu selections and pricing are the same for both lunch and dinner, Tuesday through Saturday from 11 a.m. to 11 p.m. Everything is a la carte. She offers a Friday special that could include chicken sliders and a special sauce, Philly cheese sandwich or breaded fish sandwich.

“Everything I serve is made from scratch, except for the salad dressings,” she said.

Lee Walkley, of Ruskin, said he eats her food often.

“It’s very good. That’s why I keep coming back,” he said, walking away with a cheeseburger and fries. “I like the selection. A lot of food comes out of that truck.”

June Wallace, of Sun City Center, has been to WHYMAMA’S at least a half-dozen times.

“She has the world’s best hamburgers,” she said, reviewing the menu with a friend. “I love them so much that’s all I’ve ordered. Everything else is tempting but…” 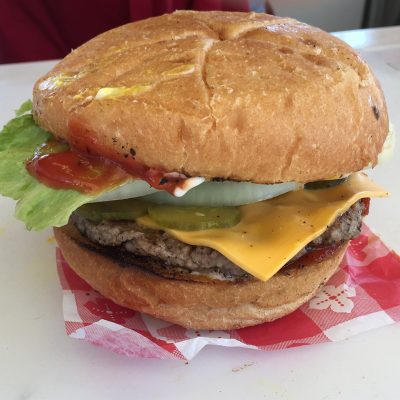 Debbie Jasmer’s freshly ground, quarter-pound burgers have become her specialty since she opened her food truck, WHYMAMA’S Finger, Fist & Fork, last November, and are the most popular items on her menu.
LOIS KINDLE PHOTO

In addition to serving food, Jasmer volunteers for the Sun City Center Emergency Squad. Normally one who shies away from the spotlight, she recently was in the news for being a Good Samaritan after a tragic accident that occurred Feb. 1 on College Avenue.

While interacting with a customer at her food truck, Debbie heard a horrendous crash and turned to see a vehicle carrying two adults and five children roll over several times.

A drunk driver had hit the vehicle, and debris had flown everywhere.

“I was talking with my customer when it happened, and I just instinctively ran to help,” said Jasmer, an emergency medical technician whose training was sponsored by the squad. “I went victim to victim to assess each one’s condition, and the last person I found was a 3-year-old child who had no pulse or respirations.”

Although she was unable to save the child’s life, Jasmer performed CPR on the boy for about 12 minutes until an off-duty firefighter arrived.

“Debbie is the kind of person you know will be there for you if you need help,” said Robin Watt, asst. chief/communications for the emergency squad. “She’s a wonderful volunteer, who assists on other teams whenever she’s available. Both the squad and the community are fortunate to have someone like her in our midst.

“And on top of that, she makes a great burger,” Watt said. 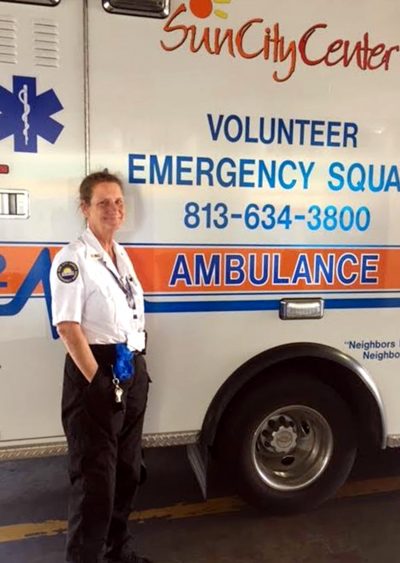 Debbie Jasmer volunteered for the Sun City Center Emergency Squad more then three years ago. She started as an emergency medical responder, then drove an ambulance and now, after receiving squad-sponsored training at HCC SouthShore, is an emergency medical technician. She recently triaged victims of an accident scene while she was off duty and provided CPR to a 3-year-old boy until further help arrived.
ROBIN WATT PHOTO 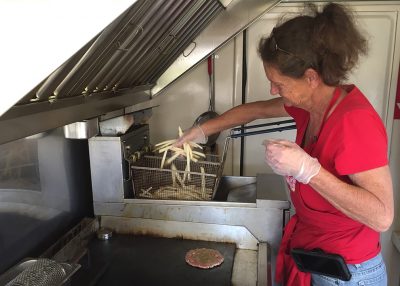 Debbie Jasmer drops some hand-cut potatoes in the deep fry to fill a customer’s order. Everything on her menu is made from scratch daily, except for salad dressings.
LOIS KINDLE PHOTO 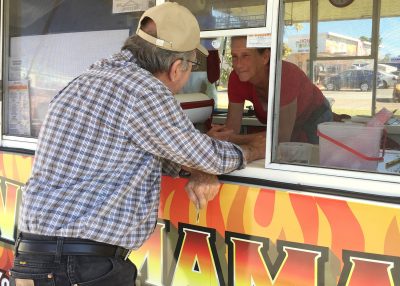