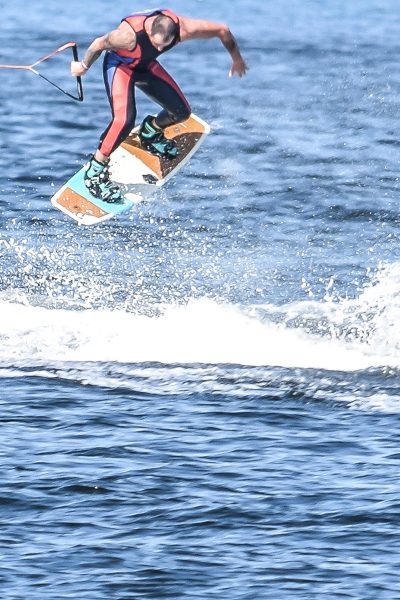 ANDREA SHAY PHOTO
A wakeboarder flips and jumps over the wake of the boat that pulls him at last week’s Bradenton Area River Regatta.

Last weekend brought with it one of Manatee County’s largest events — the Bradenton Area River Regatta — where spectators lined both the Green Bridge and the entire Riverwalk to catch a glimpse of the action in the water. Event-goers watched as athletes and sports enthusiasts attempted to set new world speed records, while both the Bradenton and Palmetto shores were lined with family-friendly activities, food vendors and live music. Attendees could also ride a free trolley between Palmetto and Bradenton during the event.

The day kicked off with youth-oriented events like St. Stephen’s 5K Run and the Little Anglers fishing competition, then moved onto the first round of qualifying races for the Powerboat Super League Championship. As the afternoon progressed, live music began on two stages, and other events followed including performances by the World Famous Frisbee Dogs and public workshops at the South Florida Museum and Art Center Manatee as well as booths provided by the Bradenton Herald and IMG Academy. During the River Regatta, Uva Perez broke the personal watercraft speed record at 118 mph on a Yamaha FZR jet ski.

Early in the afternoon, Flyboarders performed for onlookers on the Green Bridge and the Riverwalk, doing water-powered flips and spins. Throughout the event, an XPOGO stunt team performed in Palmetto near the bridge, while BMX stunt riders performed in Bradenton at the Riverwalk. On the east side of Bradenton toward the end of the night, headlining band Nashville Yacht Club played ’70s and ’80s hits just before the sun set. Shortly after the band’s last song, fireworks lit up the sky in celebration.

Although final attendance details are yet unknown, many involved believe that this year’s regatta may have hit record numbers, breaking the event’s own previous record of 80,000 attendees in 2015. 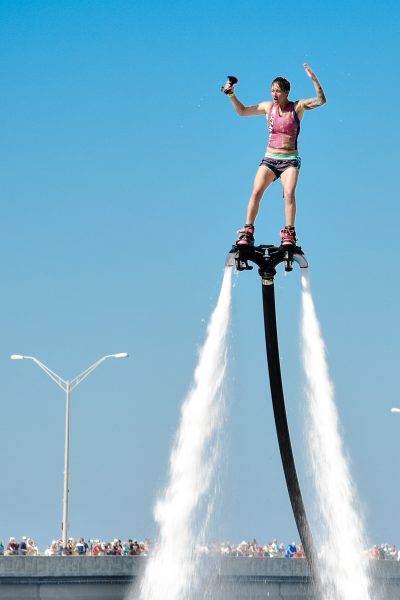 A flyboarder shows off in front of onlookers on the bridge. 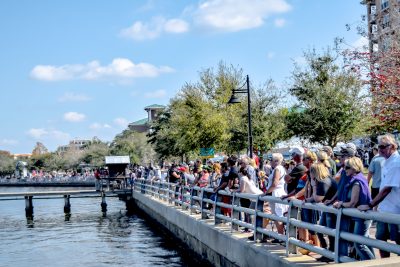 ANDREA SHAY PHOTOS
Spectators lined up along Bradenton’s Riverwalk, Green Bridge and areas along both shores to watch the competitions. 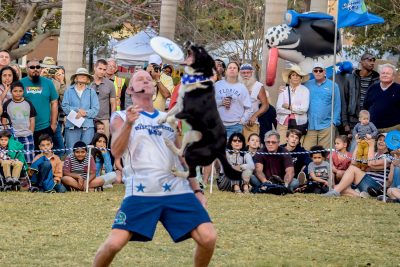 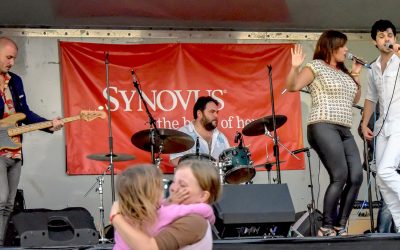 Nashville Yacht Club performs while kids in the audience dance.

Gedeon stays at The Language House