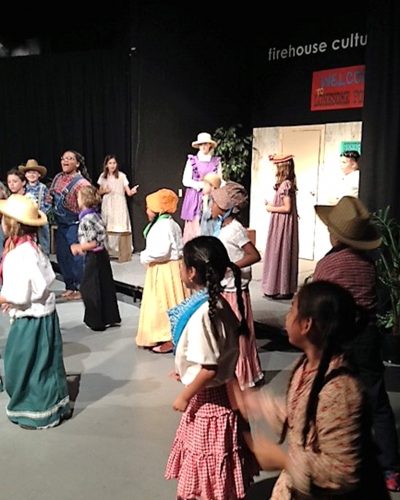 GEORGIA VAHUE PHOTO
Children participating in a summer theater class at the Firehouse Cultural Center in Ruskin, thanks to a Community Foundation of Tampa Bay grant, show off their skills to family and friends. The foundation funding helps people of all ages in South Shore.

The Community Foundation of Tampa Bay recently gave nearly $65,000 in grants so residents can have greater accessibility to arts and culture in southern Hillsborough County.

The David Straz Jr. Center for the Performing Arts in Tampa and the Jobsite Theatre, its resident theater company, were awarded grants totaling $25,000 to help them expand their reach in South Shore, said foundation spokeswoman Alana Siceloff.

The Straz received a $10,000 grant for its Arts Education Partnerships Program, which benefits Hillsborough County students in grades K-12. The funding will enable the program to include 10 South Shore locations, including the Firehouse Cultural Center, Boys & Girls Club and RCMA Leadership Academy.

Since 2007, more than 3,000 students throughout the county have gained greater access to “high-quality arts learning experiences,” Siceloff said.

“The Straz Center’s Patel Conservatory will provide more than 1,000 hours of tailored performing arts curricula during and after school,” Siceloff wrote in a recent press release. Participating students will get the opportunity to learn how to create original performances and meet with professional touring artists. They’ll also have opportunities to attend free, study-related performances at the Straz.

The Jobsite Theatre received $15,000 to continue engaging underserved youngsters through the work of William Shakespeare. The theater company will work with middle and high school students on its annual Shakespeare productions and create study guides for them. It will also provide teaching artists before and after performances, Siceloff said.

Hundreds of low-cost or free tickets will be offered to students in low-income schools so they can have the chance to attend the theatre’s weekly matinees.

“Our South Shore Council has been an integral part of (our) mission to make arts accessible and help dissolve cultural barriers to improve and enrich lives,” said Marlene Spalten, president and CEO of the Community Foundation of Tampa Bay. “We’re very proud to facilitate these grants to organizations that truly make a difference in the lives of residents (they serve).”

“It was very old, and when we bought it, it was used,” said Mary Winter, Pelican Players president. “The battery chargers for the microphones would not hold a charge, and during recent performances, we actually had to stop the play to replace an actor’s battery pack or microphone.

“We appreciate (the funding) so much,” she continued. “We bought 16 new microphones, a new sound board, wiring and more. This will enable us to produce better shows with more cast members.”

Through the proceeds of its performances, the Pelican Players fund a perpetual annuity with the Community Foundation of Tampa Bay that enables it to provide annual scholarships to graduating South Shore seniors going into the arts.

“Last year, we gave two $1,000 scholarships from its earnings,” Winter said. “We hope to be able to give more this year.” 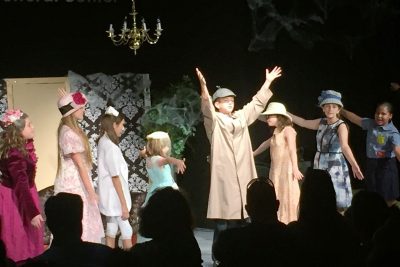 “We’ve received a series of grants since 2013 that have gone for arts and humanities programming for residents of all ages and diversities,” said Georgia Vahue, the center’s executive director. “Some have underwritten summer camp and art classes for the underserved population in southern Hillsborough County.

Vahue added, without such grants, the center’s programming capability would “definitely be limited.” Last year, it received $34,500, which helped serve almost 8,000 people and funded program equipment and software, she said.

“The South Shore Council (of the Community Foundation of Tampa Bay) has made a significant difference in the growth of the Firehouse Cultural Center. Its belief in the arts and our community shows.”

For information on the Community Foundation of Tampa Bay, visit www.cftampabay.org.