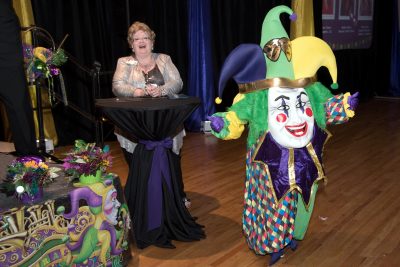 The Regent took on the look of a New Orleans Carnival event Jan. 20 as the Greater Riverview Chamber of Commerce hosted its annual Dinner and Awards Celebration. The evening’s theme was Mardi Gras, and the 344 members and guests who attended were ready to party.

“The room looked spectacular,” said Tanya Doran, the chamber’s executive director. “The atmosphere was fun, festive and filled with color, and everyone was in a celebratory mood.

As in previous years, the gala included the presentation of the chamber’s coveted awards, which included Ambassador of the Year, Citizen of the Year, Margy Watkins Volunteer of the Year, Shining Star and three Business of the Year recipients based on the number of employees. The 2017 honorary mayor, Tammy Holmberg, who raised more than $18,000 during her campaign on behalf of YMCA Camp Cristina, received the Key to the City.

“We were thrilled with the turnout,” Doran said. “This event sets the tone for the entire year. It allows us to honor just a few of the many people who help make this chamber successful.

“And as we look back and recognize those who helped this chamber be its best in 2016, we also look forward to a new year of new ideas and new initiatives with a new president and board.”

The chamber’s 2016 award winners received their trophies from the previous year’s winners in their respective categories.

• Bryan Reith, of AFLAC, was named Ambassador of the Year

Caskey echoed the sentiments of each winner.

“I was surprised and very honored and humbled to have been chosen for the (Citizen of the Year) award,” she said. “It’s already sitting on my shelf in my office.”

After an exchange of the leadership gavel, newly elected President Elijah Heath made his first remarks and installed the 2017 Board of Directors.

“I’m excited to have the opportunity to work with such a great board,” he said afterward, noting what a “huge success” the Mardi Gras-themed event was. “And I look forward to serving the Greater Riverview Chamber and the community throughout the year.”

Erica Perrine went home even happier than when she came. As winner of the 50/50 raffle, she pocketed $1,200.

Jill Andrew, of Superior Residences of Brandon, won top honors for the event’s funniest costume, the chamber staff for best group costume and Pearl Chiarenza, of Bodyworks Health & Wellness Center, for most original costume. Each received a certificate and bragging rights for their efforts. 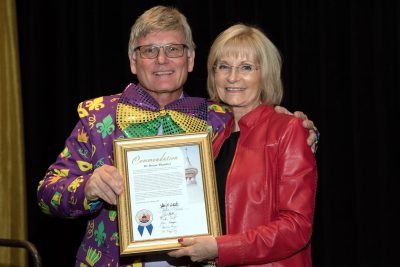 HUTH & BOOTH PHOTOGRAPHY PHOTO
Hillsborough County Commissioner Sandy Murman, Dist. 1, presents a commendation to Dr. Bryan Thatcher at the Greater Riverview Chamber of Commerce annual Dinner and Awards Celebration for his dedication and service to the chamber as its president. 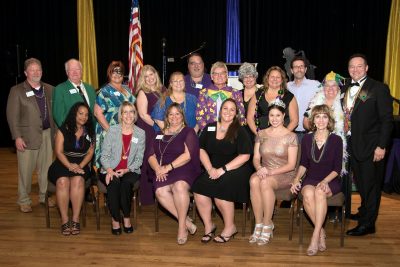 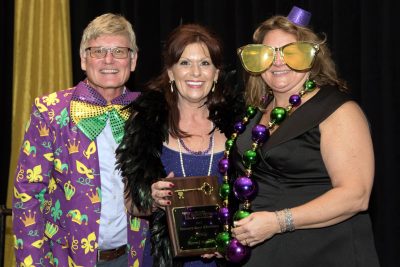 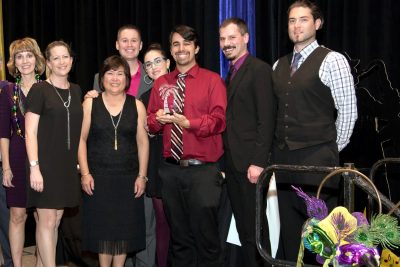 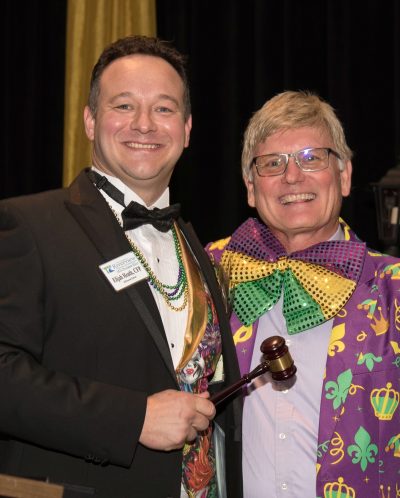 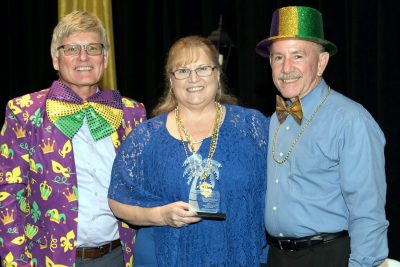 HUTH & BOOTH PHOTOGRAPHY PHOTO
Jennifer Caskey, of CenterState Bank, is congratulated by Bryan Thatcher and Joe Eletto, right, for winning the Greater Riverview Chamber of Commerce 2016 Citizen of the Year. Eletto won the award in 2015. 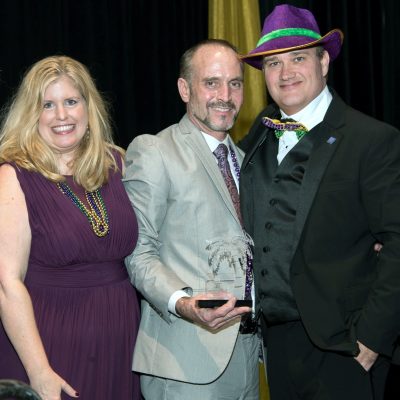 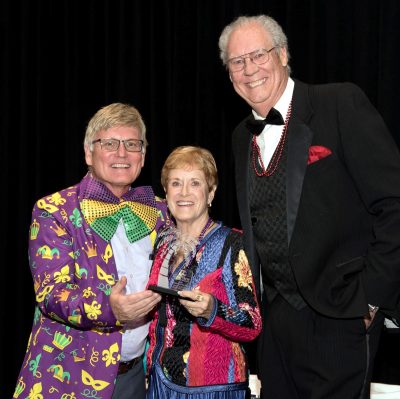 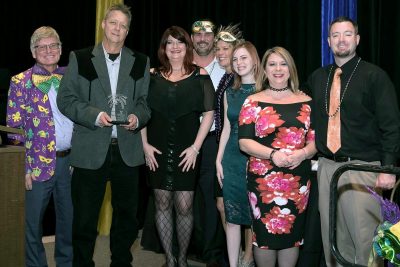 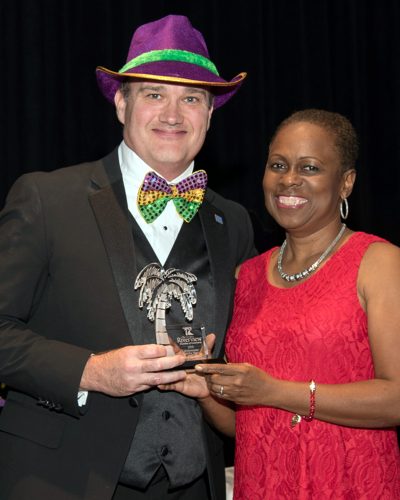 HUTH and BOOTH PHOTOGRAPHY PHOTO
Jennifer Hart, of Impact Taekwondo Center, poses with Bryan Reith, of AFLAC, winner of the Greater Riverview Chamber of Commerce 2016 Ambassador of the Year Award. Hart won the honor in 2015. 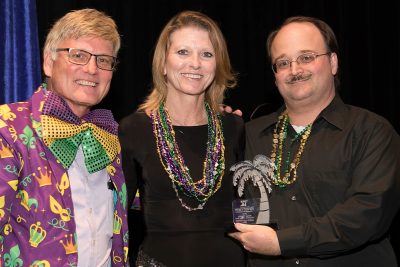 HUTH and BOOTH PHOTOGRAPHY PHOTO
Dr. Brian Thatcher, Faith Hanaway, of the Alley at SouthShore, and James Pulkowski CPA gather for a photo after Pulkowski was named the chamber’s Margy Watkins Volunteer of the Year Award winner Jan. 20 at The Regent. Hanaway received the award in 2015.