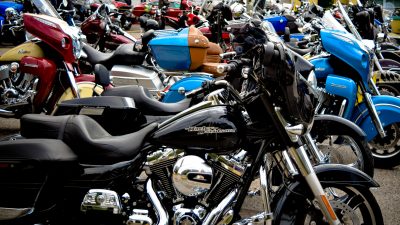 Despite gray skies and cold winds, Woody’s River Roo held its 4th annual Riders on the River bikefest Saturday, Jan. 28. The event featured live music from Kim Betts and the Gamble Creek Band, and cash and prizes were raffled off throughout the day. Hundreds of riders turned out to support the event, which was open to the public, although the organizers asked for a $5 donation from those who could afford it.

Motorcycles lined the parking lot, which was filled predominately with Harley-Davidsons, though one could see some vintage and modified bikes as well. Attendees in cars and trucks parked along the grass a block or two away. Gear vendors and others — like representatives from Born to Ride magazine and Finz Finds ride maps — promoted their products and talked with bikers who attended the event.

The annual Riders on the River event is put together by the Ellenton Band of Brothers motorcycle club. They use the money generated from bikefests like this one to help area charities and other local bikers in need. Band of Brothers chooses which charity to donate to each year via word of mouth, and in the past they’ve donated to Toys for Tots and the Florida Sheriff’s Youth Ranches.

The Band of Brothers Suncoast Chapter is located in Venice, and the organization is always in need of donations and volunteer assistance.

Kim Betts and the Gamble Creek Band play country covers at a variety of venues all over Florida. They’ll be opening for Wynonna Judd at the Englewood Event Center on Thursday, March 2, and playing at Realize Bradenton’s Music in the Park in April. 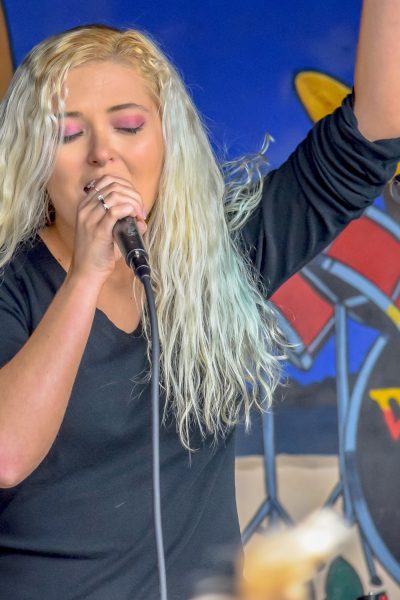 Savannah Brady plays violin and guitar and sings with the Gamble Creek Band. 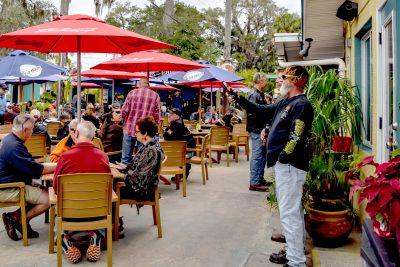 The dining area was packed until mid-afternoon at Woody’s River Roo for the annual Bikefest event in Ellenton. 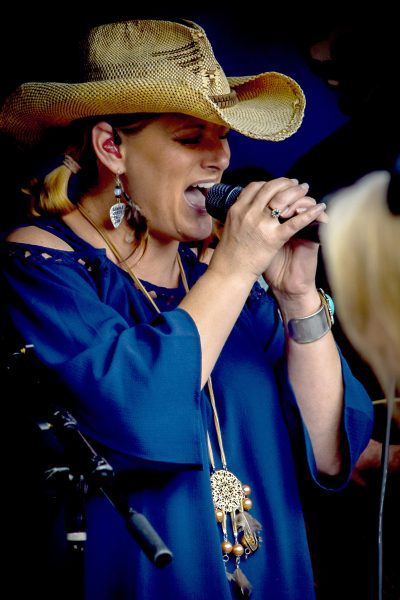 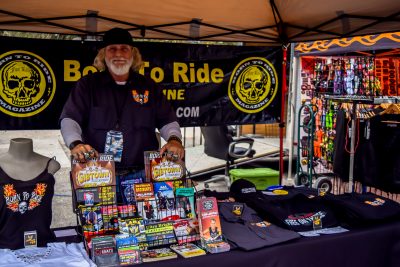 A representative from Born to Ride magazine and TV stops for a photo.